Elizabeth Hay is a previous winner of the Scotiabank Giller Prize. Her new book is All Things Consoled: A Daughter’s Memoir.

My parents used to say that when they got too old to look after themselves, they would join hands, run to the compost heap in their back garden and jump in. They meant the big wooden crate of compost next to the black cherry tree that had toppled from old age. They would go together, their senses of humour intact.

That’s not how it happened for them, however. They held onto their independence for as long as they could in their home in London, Ont. Then, at 89, my mother’s health fell apart and so did their lives.

Philip Roth, at the end of his life, said that old age is a massacre. Nothing about my parents’ decline makes me think he was exaggerating. The thorny problem for my parents wasn’t death, but the continuation of life.

After they no longer could take care of each other, they moved into a retirement home in Ottawa, a six-minute walk from where I live, and there they never tired of saying that it was time for them to go. “We’ve had a wonderful life together,” they would say. "Why isn’t there a way to just say goodbye and then you could get on with your lives?”

At the time, I couldn’t believe how complicated it was, this crisis of living too long. Nearly every day, sometimes twice a day, I trekked to their rooms in the retirement home because their infirmities were so numerous and their financial and legal affairs so time-consuming, and because they were lonely. Why was it so hard to bring it all to an end? Why did it have to be so harrowing – a barbed-wire fence of frailty and dementia they had to work their way through, hand over hand, like weakened soldiers on a First World War battlefield?

My husband, Mark, and I took to saying to each other urgently, “Let’s empty our house and sell it, move into an apartment, streamline our lives, stockpile sleeping pills. Let’s never allow ourselves to move into a home where you are fed and medicated so that you linger on and on and on.”

My parents lingered for three years. My father died in the fall of 2011, then my mother seven months later.

Seven years on, Mark and I have not sold our house. We have not streamlined our lives, and I confess my thinking has changed. I haven’t forgotten how hard it was, but I tell myself there is no way of knowing what will come. If the end of life is complex, then allow room for the complexity. Even a woman as unswervingly determined as my mother had to admit, “I waver. We should be dead. We should be dead.” And why did she waver? “Because it’s so beautiful outside.”

Henry James, writing in 1883 to a friend in great distress, said that “life is the most valuable thing we know anything about, and it is therefore presumptively a great mistake to surrender it while there is any yet left in the cup.” Reading those words 10 years ago, I would have been touched but cynical. Maybe his cup of life, but not my parents’, not mine. Now I dwell on what he said, inclined to think he was right.

In my 50s, I thought I knew how I would behave. I would help my parents out at the end, but I would not get trapped. Neither would I get trapped in old age myself. I would find a fast exit. Now I realize we don’t know how we’ll react to illness and decline until we find ourselves in the middle of it, and then, of necessity, we improvise and adjust.

I haven’t changed my view about stockpiling sleeping pills, but I’m more open to the element of surprise. After my father died, in the extremity of her dementia and grief, my mother revised her long-held dislike of her own mother, widowed at 42. She found herself tipping her hat to her mother. No one would have predicted that.

Equally startling were the poetic turns of phrase that came out of my mother’s addled mind and boundless spirit. “I’ve had a good life,” she said a few months before she died, “all things consoled.”

These final twists of thought and emotion don’t cancel out the pain of her last days. But they do console. Maybe there will always be something other than relief to look forward to.

Opinion
Dementia is not a runaway train. We can delay its onset
August 15, 2017

Opinion
Why parties ignore the arithmetic of aging
May 15, 2018

Opinion
Leisure and long life: Slow and steady may win the race, but we can still hasten to adventure
July 5, 2018 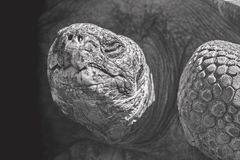