Frances Woolley is a professor of economics at Carleton University.

This weekend, university students are heading back to campus. There, according to some observers, they will be treated as fragile flowers – comfortable and unchallenged in their safe spaces, coddled by trigger warnings, therapy dogs and gender-neutral pronouns.

They are right on some points. Campus life is not what it used to be. Where I teach, the number of policies and regulations grows each year -- and will expand again this fall, now that the Doug Ford government is requiring universities to adopt free-speech policies. But the growing regulation of campus life owes little to political correctness. Even initiatives that might seem politically motivated are driven by the changing economics of postsecondary education.

For starters, university is far more expensive than it used to be. Thirty years ago, a full-time undergraduate student at University of Waterloo paid $705.50 in tuition fees each term – or $1,324 in 2018 dollars. A comparable student today would pay more than twice as much – $3,405. Fees for professional programs have increased even more. Yet, while the cost of going to university has increased, the benefits have not. University education is a good investment, but a risky one. While many graduates go on to rewarding careers, in Ontario more than one out of every five people who start an undergraduate degree do not complete it. Students have every right to say to their professors, “I’m paying a lot to be here, with no guarantee of a job if and when I graduate. I expect a safe and accommodating learning environment.” In my experience, however, students with serious problems often suffer in silence.

It is the university administrators who are advocating on behalf of students, motivated by a mix of genuine concern for students’ well-being and enlightened self-interest. If a therapy dog can stop just one student from dropping out, it will have brought thousands of dollars of tuition revenue into the university – revenue that more than covers the cost of adding one more student to four or five undergraduate classes. The incentives to retain students are compounded, especially in Ontario, by provincial government funding formulas that reward universities for improving graduation rates and for keeping up student numbers.

University administrators are also keenly concerned with their institution’s reputation, because reputation drives student numbers, faculty recruitment and retention, donations, the ability to attract research funds and more. Happy students build that reputation by word of mouth. Moreover, university guides and rankings rate universities by asking students how satisfied they are with their undergraduate experience, not by measuring how much students learn. Because rankings matter so much, if university administrators believe welcoming and inclusive classrooms will increase student satisfaction scores, they will encourage professors to create them.

It takes thousands of happy students to build a university’s reputation, but just one unhappy student to compromise it. Universities have gender-neutral pronoun policies for the same reason Tropicana orange juice is kosher. Most people never notice the circled K on the side of their juice carton. Yet, for those who do care, it is a matter of vital importance and so orange-juice manufacturers cater to their preferences. Likewise, pronouns are not an issue for those who go through life as “he” or “she,” but matter a great deal to others. If a gender-neutral pronoun policy prevents just one outraged student from creating negative publicity for the university, it would seem to be a good idea.

The “political correctness” trope is just that – political. In the United States, universities and colleges are becoming a wedge issue; a part of the culture wars. In 2010, the majority of both Democrats and Republications thought that, on balance, colleges and universities had a positive effect on the way things were going in the country. Since 2015, however Pew Research has documented a sharp rise in the share of Republicans saying colleges have a negative effect. A clear partisan divide over colleges has emerged, fuelled by outrage and anecdotes.

Yet, there is little evidence of a free-speech crisis on campus. U.S. research has found that students become more tolerant of other people’s political views – whether those views are liberal or conservative – during their time at university. According to Acadia University political science professor Jeffrey Sachs, when it comes to free speech, the opinions of young Americans (18-34) are largely in line with the opinions of older Americans. One exception is racist speech, which young Americans are less likely to tolerate. This is consistent with the Canadian experience, where some of the strongest campus protests have been over events featuring alleged “white genocide” speaker Faith Goldy.

Why start a culture war? The people who gain from public outrage over political correctness on campus are those who would like to see a radical change to the way Canadian universities operate. Demographics are one driver of that demand for change. Aging baby boomers will require increasing amounts of health care; universities compete with the medical sector for provincial tax dollars. According to the Parliamentary Budget Officer, most provinces’ finances are not fiscally sustainable in the long term. Something will have to give. If anti-campus sentiment has been whipped up, public funding for universities could be cut, which would benefit those with no stake in the university system. Indeed, the threat of cuts to university budgets is a key element of the Ford government’s new free speech on campus initiative.

Fighting “political correctness” does nothing to address the real issues on Canadian campuses, such as the fiscal sustainability of the university sector, and the quality of undergraduate education. But the debate achieves one thing: It mobilizes support for radical change.

Opinion
The language of families
August 31, 2018 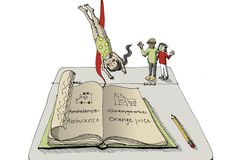 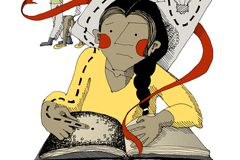 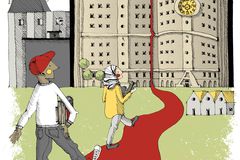