Back when I was in high school, it was hip to hate Margaret Thatcher.

I was not hip. In fact, I was so unhip that, when journalist Hugo Young’s biography of the British prime minister was first published in 1989, I had the photo of her from the book’s jacket cover blown up four times (Andy Warhol-style) and mounted on my living room wall.

I was not so much a fan of her politics, being too young and ignorant then to appreciate the historical context in which she had come to power in 1979 and set about to transform Britain from the “sick man of Europe” into a country that could once again pay its bills. What drew me to the Iron Lady was her steadfastness in the face of every storm and her rejection of the smarminess that most politicians seemed to embrace as they clawed their way to the top.

Except for the Oxford accent, which she mastered on her own ascent from greengrocer’s daughter to Conservative Party leader, there was nothing fake about Margaret Thatcher. She was her authentic self and, though few saw it that way, a model of female empowerment.

And yet, during my university years, when we all listened to the music of The Cure, The Clash and the English Beat, it was de rigueur on campus to detest her. Even back then, I thought her critics mistook her resoluteness for condescension, her belief in the virtue of self-reliance for a lack of compassion and her dislike of government handouts for disdain for the poor.

They just didn’t get her.

Alas, it turns out that is still the case. After watching the fourth season of The Crown, the popular Netflix series about the British royal family, one is left with the impression that the longest-serving British prime minister of the 20th century was a mean ideologue who turned her country into a right-wing dystopia and put millions of people out of work. All to somehow honour the memory of her dead father, with whom she was singularly obsessed, or fill some other hole in her soulless being.

In creator Peter Morgan’s production, Mrs. Thatcher’s character, played by the excellent Gillian Anderson, exists mainly as a foil to the Queen. In the show, the Queen is disturbed by the damage Mrs. Thatcher’s free-market economic policies are doing to Britain’s social fabric. She suspects the prime minister’s opposition to placing economic sanctions on South Africa, then still in the grips of apartheid, stemmed from a desire to protect her son’s business interests there. The Queen countenances the leaking of a story to the Sunday Times suggesting she is “dismayed” by the “uncaring” Mrs. Thatcher.

All of this character assassination is rolled into an unnuanced narrative that makes Mrs. Thatcher into the villain of the piece and takes vast liberties with the truth. None of this would matter if The Crown were just another dramatic series about a dysfunctional family. But Mr. Morgan’s production seems to be seeking to influence the current trajectory of British politics by rewriting a chapter in its recent history with the goal of discrediting the woman at the centre of it.

“It is a beautifully produced work of fiction … Netflix should be very clear at the beginning it is just that,” British Culture Secretary Oliver Dowden told the Mail on Sunday. “Without this, I fear a generation of viewers who did not live through these events may mistake fiction for fact.”

At a time when large numbers of young people in Britain, Canada and the United States are embracing socialism, The Crown plays into the misconceived notion that her free-market policies made Britain worse off than when she came to power. That is false. While Britain experienced a deep recession in the early 1980s, it was brought about by the punishing interest rates needed to control inflation that had peaked at 25 per cent in the late 1970s. Mrs. Thatcher’s moves to cut public spending and privatize decrepit state-owned industries caused short-term pain, to be sure. But they paved the way for the economic revival that lifted Britain out of its decades-long funk, when it was reduced to relying on loans from the International Monetary Fund.

“Socialist governments traditionally do make a financial mess,” she famously warned in a 1976 interview. “They always run out of other people’s money.”

The Crown commits its perhaps greatest injustice in suggesting Mrs. Thatcher did not care about the poor. Unlike the royals, for the whom the poor are perfectly lovely so long as they stay in their lane, Mrs. Thatcher championed social mobility. Under her Right to Buy policy, which enabled tenants in social housing to buy their units at a discount, millions of low-income earners became proud homeowners. She did not coddle the poor; she believed all individuals have agency and that it is the opposite of caring to discourage them from using it.

The Crown gets Mrs. Thatcher wrong, though it may just make it hip again to hate her. 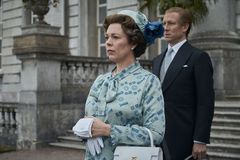 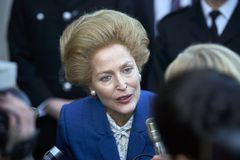