Newly minted Minister of Foreign Affairs François-Philippe Champagne must feel as if he’s been dropped in the deep end. For Canada’s sake, let’s hope he’s a strong swimmer. Last weekend, he had a one-hour face-to-face on the sidelines of a Group of 20 meeting in Japan with Chinese Foreign Minister Wang Yi, well known for shaking his pen at a Canadian journalist while lecturing her on China’s stellar human-rights record. On the same day as the meeting in Nagoya, a leak by a senior official in China put the lie to that record with the publication of the operations manual for the detention camps for Uyghurs in Xinjiang.

Mr. Champagne had only been on the job for a few days and already he was engaged on Canada’s No. 1 foreign-policy file, China, and the most important challenge of that file: the detention of two innocent Canadians and the court rulings of execution against two others in disproportionate retaliation for the arrest in Vancouver of Huawei executive Meng Wanzhou. By now, I am sure the minister has realized the enormity of the task ahead of him, with four lives hanging in the balance.

The China file is an opportunity for Mr. Champagne to demonstrate his leadership in the Foreign Affairs portfolio – and an opportunity to reset Canada’s relationship with the Middle Kingdom. We know he has valuable experience in business and trade and will understand what is at stake in China for our business community. However, he will need to demonstrate his bona fides in diplomacy.

With four Canadians languishing in Chinese prisons, Canada has an opening to persuade China to return them. At this time, two have been formally arrested but, contrary to earlier reports, they have not yet been charged and until they are, it is possible they could be sent home. This is the key window of opportunity.

In the Chinese judicial system, charges do not have to be laid against Michael Spavor and Michael Kovrig until June, 2020, but they could be charged before that. Neither has been given access to a lawyer during more than 11 months of incarceration, nor have they been allowed to see family. Fellow Canadians Robert Schellenberg and Fan Wei have appealed their execution sentences. The prosecution and the judiciary are guided by the Communist Party of China, so the legal system can be flexible when it wants to be, unlike our own.

Bringing our innocent Canadians home cannot happen at the expense of the rule of law. Former foreign-affairs minister Chrystia Freeland has very clearly expressed this basic principle to the Chinese government, and Mr. Champagne must now carry it forward.

In Canada, the judicial proceedings for Ms. Meng will play out as they should. She has the best lawyers money can buy, and it is possible that our courts will find in her favour. China should not expect a new minister to throw all that out and suddenly send her home. Canada does not renege on its international extradition agreements – she was arrested at the request of the United States – and our courts are among the best in the world. Ms. Meng can make her case there.

If, however, Mr. Spavor and Mr. Kovrig are charged, it will be a signal from China that they will be put through a trial and sentencing and sent to prison, since 99 per cent of those charged are found guilty. At that point, Canada must consider stronger action to show Beijing that its disproportionate actions have negative consequences for China.

The first step should be to charge Chinese government officials under our own Magnitsky legislation, officially called the Justice for Victims of Corrupt Foreign Officials Act. The detention of Mr. Kovrig in particular warrants naming, as he is a Canadian diplomat who was on leave when he was kidnapped – a gross violation of the Vienna Convention of 1961. Officials of the Chinese Ministry of State Security would be named, as well as others further up the line.

The Magnitsky law allows the Canadian government to block visas for officials and freeze or seize their assets in Canada. Many Chinese officials have homes and financial assets here – and some hope to move here. Canada has already named officials of Russia, Venezuela and South Sudan. But if we do not name Chinese officials in the face of these abusive charges, then we should rescind the legislation. It should apply to all countries that offend the act’s principle of “gross violations of internationally recognized human rights” – not just countries we do not fear.

Furthermore, if Canadians are charged, the Canadian government should take additional measures that make clear to China that Canada is not a small country to be squeezed until we kowtow. We are a middle power respected throughout the world, fully engaged in international organizations and influential in all major matters of state. We will always act in the interests of our citizens.

If our fellow Canadians are charged, the federal government should work with other orders of government to increase the cost of Canadian real estate to buyers from China – or prohibit it outright. A B.C. Supreme Court decision recently supported this as lawful, as it relates to an individual’s immigration status rather than ethnic or national origin. It could also make housing more affordable for Canadians.

We should send home China’s symbols of friendship – the pandas now housed at the Calgary Zoo, as well as their athletes training for the 2022 Winter Olympics, to be held in China. We have no obligation to help them win gold while they are holding innocent Canadians for ransom.

Some have suggested that next year, the anniversary of Canada’s official recognition of China, could be an occasion to celebrate and renew the Canada-China relationship. But if our fellow Canadians are charged, there will be nothing to celebrate.

The government should review the option of withdrawing from the Asian Infrastructure Investment Bank. The AIIB is very much a China-driven platform for investment in projects in the Asia-Pacific region. Ottawa should assess our experience since we joined in March, 2018, and determine whether it is a useful forum.

Australia saw the need to introduce its Foreign Influence Transparency Act and related initiatives to ensure that China’s focused attempts to affect that country’s political system and society are revealed and dealt with appropriately. Canada, too, has seen concerning developments in that regard and could study the Australian experience and legislation.

We should also be working with other countries in developing common approaches to China. Ms. Freeland effectively rallied support for our detainees from the leaders of other countries, who made public and private representations on our behalf. We may need to do more of that.

In the same vein, Ms. Freeland – now Deputy Prime Minister – and Minister of International Trade Mary Ng should be able to make common cause with U.S. Trade Representative Robert Lighthizer, who is still engaged with the Chinese on changes they will need to make to their business practices in the context of the U.S.-China trade negotiations. Canadian companies have been hit hard by forced technology transfer, intellectual property infringement and other problematic practices. They too would benefit from any changes that Mr. Lighthizer is able to secure in negotiations. At the same time, our ministers will want to ensure that increased agricultural exports from the U.S. to China do not come at the expense of Canadian exports, so it will be important to have good lines of communication with the U.S. government on that list of products.

More broadly, Canada must now diversify its trade opportunities and relations in the region. An Indo-Pacific strategy should be a priority within which a reset of our China policy would be developed. This would recognize the more aggressive China we are seeing across all fronts. It would also provide additional support to Taiwan, given the recent threats against it from China. This would include continuing the passage of naval ships through the Taiwan Strait, proposing Taiwan’s membership in the Comprehensive and Progressive Agreement for Trans-Pacific Partnership, sending junior ministers for policy discussions, deeper science and innovation collaboration and discussions toward a foreign investment promotion and protection agreement.

Some of these proposals will be of concern to the business community, which is focused, understandably, on the bottom line of companies. My own view is that it is not a binary choice – continue our business dealings or stand up for our unjustly imprisoned Canadians. We can and should do both. China’s emerging international role presents all Western countries with challenges. We will need to demonstrate that we can partner where possible while insulating ourselves where necessary.

Some of these proposed actions would no doubt be an embarrassment to China, which would lose face internationally. Face and respect are extremely important to China. But China has a fast track to respect in the international community: It can stop kidnapping the citizens of other countries and holding them for ransom and join the rest of the community of nations in collaboration and co-operation. Canada wants to work with China, but we too deserve respect. 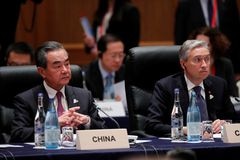 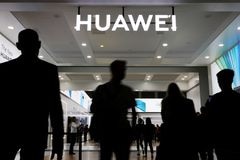