Rarely does an event more clearly embody a country’s human-rights decline than the Myanmar court’s sentencing of two Reuters journalists to seven years in prison for allegedly violating a colonial-era law on protecting state secrets.

The Sept. 3 sentencing of two Burmese reporters clearly displayed the military and police power nexus operating behind the scenes, the silent Nobel Peace Prize laureate leading a government losing its way on human rights, the court unwilling to rule on the basis of the evidence and the continued cover-up of military atrocities against stateless ethnic Rohingya Muslims. As Thant Myint-U, a noted Burmese historian, put it: “A tragic day for media freedom and an intimation of what’s to come.”

Ambassadors, senior United Nations officials, the editor-in-chief of Reuters, Stephen Adler, and a cross-section of the world’s media listened to the court hand down its verdict against reporters Wa Lone and Kyaw Soe Oo. Global outrage was immediate. Canadian Foreign Affairs Minister Chrystia Freeland summed it up well, saying “the verdict seriously jeopardizes the prospects for freedom of expression and democracy, and the fair and transparent application of law in Myanmar, both now and in the future.”

Usually, when one police officer reveals in court that a superior officer ordered the framing of defendants, and then another officer admits he destroyed the arrest record, an acquittal is forthcoming. The reporters testified that police handed them a rolled-up document at the end of a dinner meeting requested by the police. The two men didn’t even have a chance to open the document before other plainclothes police pounced and arrested them for possessing state secrets. Even when it came out at the trial that the supposedly secret information had been published elsewhere, this apparently mattered little to the judge.

In Myanmar, old habits die hard, whether it’s silencing a journalist or ensuring a judicial outcome. The reality is that the judiciary operated for almost 50 years under the tight control of successive military dictatorships and continues to be vulnerable to military and government influence. An independent judiciary is still a work in progress. The case shows how little “rule of law,” the mantra of the country’s de facto leader, State Counsellor Aung San Suu Kyi, really means in Myanmar. Tellingly, Ms. Suu Kyi told the Japanese broadcaster NHK three months before the verdict, “They were arrested because they broke the Official Secrets Act.”

Outside the court, Mr. Adler said, “Without any evidence of wrongdoing and in the face of compelling evidence of a police setup … [the outcome] cannot be squared with the rule of law or freedom of speech.” The verdict does show the continuing power and influence of the Myanmar military over both the courts and Ms. Suu Kyi and her National League for Democracy (NLD) coalition government elected in a historic landslide in the November, 2015, election. This is not good news for either democracy or human rights in the lead-up to national elections that must be held in 2020.

Journalists were among the first beneficiaries of the political liberalization that started in 2011, and diplomats and UN officials frequently pointed to media freedom as a bellwether of real change and reform. But now it’s looking more like reporters may be the proverbial canary in a coalmine, with the erosion of media freedom pointing toward a deeper retrenchment and greater government backsliding on civil liberties, including freedom of expression, association and public assembly.

Myanmar reporters working for smaller international media outlets or national publications are now thinking twice when taking on sensitive topics such as religious freedom, government corruption, land seizures by government and business elites; and the military’s human-rights abuses against the Rohingya, Kachin, Shan and other ethnic minority groups.

The Official Secrets Act of 1923 was the law used for the conviction of the Reuters journalists. Laws such as the Unlawful Association Act of 1908 are still used to threaten and charge reporters travelling to and reporting from rebel-held areas. Since the NLD-led government formally took office in March, 2016, the media-freedom group Athan found hat the authorities have charged at least 34 journalists under the Telecommunications Act − which sets out penalties of up to three years in prison for anyone who “defames” another using a telecommunications network. For increasing numbers of reporters, staying away from politically sensitive topics and practising self-censorship has become the new survival strategy.

The Reuters reporters were investigating a Myanmar military unit’s cold-blooded killing of 10 Rohingya civilians in their custody, detained as part of a military sweep that wiped out the Muslim sections of a village in northern Rakhine state. To date, it remains the only instance in which the military accepted responsibility for a rights violation against the Rohingya since soldiers launched the deadly assault on the Rohingya a little more than a year ago.

Supreme military commander Senior General Min Aung Hlaing reported that a military court sentenced seven soldiers involved to 10 years of hard labour – only three years more for murder than the two reporters got for reporting on the massacre. Meanwhile, neither Ms. Suu Kyi nor the military recognizes the report released on Aug. 27 by the UN Human Rights Council’s independent fact-finding mission, which found that Myanmar security forces committed crimes against humanity and genocide against the Rohingya.

Globe editorial: The UN names the horror in Myanmar. Now the world must act
August 28, 2018 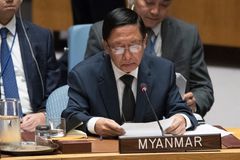 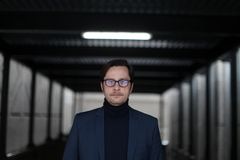