For months now, thousands of Canadians have complained on social media that butter is harder than it used to be and that it doesn’t get softer at room temperature. Some blamed the colder weather. Farmers explained that it may be due to a change in forage mixture. But a smoking gun has emerged: reports that many dairy farmers are now giving cows palmitic acid supplements, a substance derived from the much-maligned ingredient palm oil.

This has been going on for more than a decade, but it became more apparent last year when butter consumption went up suddenly, forcing the industry to produce more dairy fat. Demand surged because of a renewed interest in baking amid the pandemic and a general trend of re-embracing “healthy fats” that had fallen out of favour.

To put it simply, palm oil can increase the proportion of saturated fat in milk, thus raising the melting point of butter. A review by the Dairy Research and Extension Consortium of Alberta found that butter made from cows fed palm oil remains difficult to spread at room temperature. Other dietary changes may have contributed to the hard butter phenomenon, but many believe palmitic acids are the main factor. Julie Van Rosendaal’s recent reporting in The Globe and Mail said experts believe that half the dairy herds in Eastern Ontario and about 90 per cent of those in Alberta are fed palm oil-based supplements, which are marketed as a way to increase milk output and boost fat content.

Little research has been conducted on how feeding palmitic acids to dairy cows could compromise the health of both animals and humans. What we do know is that palm oil may increase certain heart disease risk factors in some people. The effects of palm oil production on the environment and on the health and lives of Indigenous people in Southeast Asia are well documented and deeply concerning. Given the Dairy Farmers of Canada’s Blue Cow campaign, a logo meant to remind us of the high quality and strict standards for Canadian dairy products, the practice is ethically questionable.

This subject is taboo in the industry, and many dairy farmers with a high sense of integrity are seemingly upset and want the practice to cease immediately. Until now, nobody in the industry has wanted to address the issue openly. But as a result of the public discussion, the Dairy Processors Association of Canada has said it will “work with dairy producer organizations and consult with experts to understand this situation.”

Some firms are apparently trying to develop a technology that will allow dairy manufacturers to detect palmitic acids in the product they receive. Valacta, a dairy research and advisory organization in Quebec, says its technology could be ready in months. Provincial dairy boards could use it to discipline farmers, allowing manufacturers to reject subpar butter fat in the interest of the industry and the public.

The use of palm oil breaches the moral contract the dairy industry has with Canadians. Unlike the situation in other countries, milk is essentially a public good in Canada. Not only do dairy farmers have exclusive government-sanctioned quotas, which make it a privilege for the few to produce milk, but Canadian taxpayers have given $1.75-billion to the industry as compensation for increased global access to our markets under new trade deals such as the United States-Mexico-Canada Agreement, also known as the new NAFTA.

The Dairy Farmers of Canada has only itself to blame for the situation. Despite its dismal track record on transparency, it should have asked Ottawa to ban these products from the market or at least openly condemned the practice. A recent statement from the organization says “no undesirable effects” have been identified from the use of the supplements; it attributes anecdotal reports of changes in butter consistency to normal variations in diet and region.

One step in the right direction would be to support research linking cows’ diets with health effects on dairy consumers. That work is amazingly rare right now. Another positive move would be replacing imported palm oil in feed additives with Canadian-grown oils. It’s disappointing that dairy farmers haven’t been proactive on this front.

A Buttergate is not what the industry needs, nor what consumers deserve. Let us hope the dairy industry can clean itself up before its moral contract with Canadians is permanently damaged. 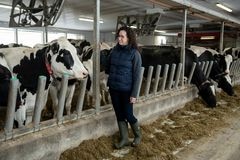 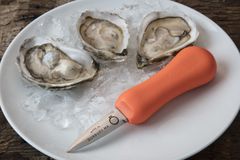 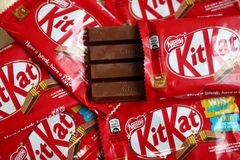