I’ve known a couple of serious potheads in my time. They were not the amiable slackers of popular imagination. They did a lot of damage to the folks around them. One was a guy in his 20s who preferred to lie around smoking weed all day than go to work. Needless to say, he found it hard to keep a job. He couldn’t stay solvent either. Eventually he lost the house, the wife, and the kids.

The other was a 17-year-old kid whose parents finally called the cops on him when he wouldn’t stop using. By that time he’d all but dropped out of school (and introduced his little sister and her friend to weed). He was nasty and belligerent. I don’t know if he’s cleaned up yet. I hope so, because otherwise he’ll wreck his life.

It’s unfashionable to mention the downside of marijuana these days. People who do it sound like old fuddy-duddies. These days the story of marijuana is a happy one, filled with financial opportunity for anybody smart enough to cash in on the action. The cannabis market in Canada could reach more than $7-billion in 2019, just for starters . So many stores to build, marketing plans to execute, branding programs to devise! So many stocks in companies with billion-dollar market caps to buy and sell! All these money-making dreams implicitly rely on an image of marijuana that is basically harmless, if not downright wholesome.

How did pot get sanitized? I asked Keith Humphreys, a professor of psychology at Stanford University with an interest in addiction and drug policies.

“It started with all that reefer madness stuff,” he says in an interview. It was so plainly exaggerated. Later, we grew up with the unfairness and cruelty of drug laws that punished poor and minority kids who were caught with a joint. But attitudes about the legitimacy of pot really changed with the spread of medical marijuana, which promised to treat every ill from cancer to the heartbreak of psoriasis. Now that even the white-coats at Shoppers Drug Mart have a licence to sell it, it has finally achieved an aura of utter respectability.

Whenever Mr. Humphreys argues that marijuana is an addictive drug, he gets pushback from people who say he’s only a professor, so what does he know? He replies that the best evidence of marijuana’s harm comes from the approximately 10 per cent of users who develop problems with it . “If you just talk to people who are dependent on the drug they tell you, ‘It’s given me problems at work or at school,’ or ‘I’m really stuck on the couch and can’t get off. ‘ They say ‘I’ve got no short term memory left. If I have a grocery list I have to look at it every 20 seconds.‘ Or, ‘I missed a promotion at work because I couldn’t balance the budget.‘ What happens is a kind of degradation of daily living.”

The clinical term for a pothead is someone with "cannabis use disorder.” In the United States the share of adults with CUD has doubled in the past 20 years, according to statistics published in The Atlantic, and the share of people who use cannabis daily or almost daily has increased 50 per cent.

There’s another set of figures, called the 80/20 rule, says Beau Kilmer, a drug policy researcher with the Rand Corp. who has consulted the Canadian government about aspects of legalization. “The for-profit companies in the market are going to be making most of their money off the heavy users," he tells me. And the best is yet to come. A year or so from now, Canadian companies will be allowed to sell high-potency products such as wax and shatter, up to 80 per cent THC content. You can’t use this stuff very often and have a normal life.

Cannabis is like any other addictive substance. Legalization normalizes it, and normalization inevitably increases the user base. The more people who try it, the more will become dependent. In Ontario, about 40 per cent of kids will have tried it by Grade 12. Among users, the usual rate of dependence – about 9 per cent – rises to 16 per cent for those who start in adolescence.

None of this to say that legalization is a bad idea. Legalization is unquestionably better than the alternatives. And Canada’s framework of strict government regulation and control is, in Mr. Humphreys’s view, a good deal more desirable than the free-for-all lurch toward legalization happening across the United States.

And yet, anyone who says we can escape the downsides of legalization must be working for Big Pot – or the government. Justin Trudeau assures us that a controlled and regulated market will reduce access among youth. But I think anybody who thinks marijuana use among teenagers will magically decline must be smoking something.

Like it or not, we are going to create more potheads. Compared to the alternative, that may not be such a bad thing. But it’s still not good. ​ 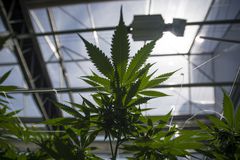 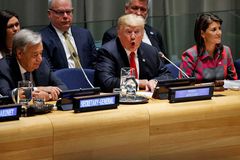 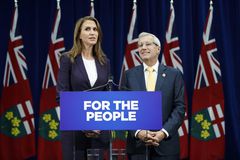