Kim Samuel is a professor of practice in international development at McGill University, and the founder of the Samuel Centre for Social Connectedness.

How are you feeling?

That question is more than just a reliable standby for small-talkers. It might be the most essential query that governments aren’t examining closely enough.

The opinion research firm Gallup released results from an annual survey of 151,000 people in more than 140 countries asking that question, and based on responses to 10 questions about the emotions people experience on a given day, the survey reached some clear conclusions. While most people across the world thankfully report smiling, laughing and feeling respect on a regular basis, the trend line over the course of the 13-year-old research project shows a significant increase in negative experiences, including worry, anger, sadness and stress. In Canada, stress and anxiety are particularly serious problems, and over all, the global levels of negative emotions being experienced are at their highest recorded point.

The findings raise a crucial question: In an age when the global economy keeps growing at a steady pace and poverty keeps falling, why isn’t humanity getting happier?

Leading social scientists, including Nobel Prize winners such as Daniel Kahneman and Angus Deaton, have shown that the relationship between wealth and well-being is shakier than we might assume. While it’s crucial to meet basic needs and ensure time for leisure, growth in gross domestic product (GDP) above a relatively modest per-capita level doesn’t usually equate to more self-reported life satisfaction. Rather, once essential needs are met, it’s other factors, such as the strength of community bonds and social trust, that often matter most.

Some observers, including the iconoclastic economist Umair Haque, believe it’s no accident Latin America scored the highest for positive emotions in the Gallup study. People in the region tend to enjoy high levels of social connectedness. In Paraguay – the country with the highest reported levels of positive emotions in the world – people customarily work from 7 a.m. to 11 a.m., then go home to eat and relax with loved ones, and finish the work day from 3 p.m. to 7 p.m. Such social conventions matter. As Gallup’s Jon Clifton put it: Latin Americans tend to “laugh, smile and experience enjoyment like no one else in the world.”

Policy-makers should take note. In Canada and around the world, projections of economic growth, as measured by GDP, tend to dominate official decision-making on matters from taxes to health care to environment. It’s an orientation that leaders across the political spectrum generally share.

Yet, if the goal of government is to help meet real human needs and facilitate high quality of life – rather than simply optimizing a set of statistics – then policy-makers should be paying attention to what generates real human thriving.

As people question the legitimacy of our prevailing economic and political institutions, it’s high time to start thinking about new ways of assessing social progress. Reimagining GDP has long been a priority for the political left, especially given the ways that standard measures fail to account for the full costs of pollution and inequality. But the issue now resonates across the political spectrum. Conservatives here and abroad have championed values of strong families and community bonds that GDP generally fails to reflect. The former centre-right French president Nicolas Sarkozy put it plainly: “We will not change our behaviour unless we change the ways we measure our economic performance.”

But Canada, as a country, has yet to start thinking seriously about new benchmarks and measures. Following Europe-wide meetings more than a decade ago, the national statistical agencies of Germany, France and Britain started work on more holistic measures of progress. And American states, including Maryland and Oregon, have taken on reforms on a smaller scale.

It’s time for Canada to expand and improve current measurement tools to look more systematically at what makes people happy. This isn’t an academic exercise. For instance, Statistics Canada can help set benchmarks for government agencies around self-reported human well-being and capabilities that can inform day-to-day policy decisions. Of course, it’s up to our political leaders to invest in measures and then take them seriously with respect to decisions on national legislation.

Measurement matters. It’s a reflection of what we value as a society. Looking to the rising levels of anxiety and anger present in society today, it’s time to upgrade our tools of analysis. Let’s end our hyperfocus on economic prosperity and start paying attention to what matters to achieve prosperity of a more fundamental and emotional kind.

Opinion
Age of distinction: Don’t believe the ageist myths. We only get better in our golden years
March 2, 2019 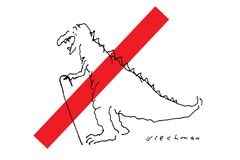 Opinion
Catalogues don’t show the real world – they show the world we want to live in
December 12, 2018 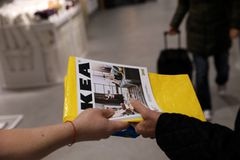