Sean Rourke is a scientist at the MAP Centre for Urban Health Solutions at St. Michael’s Hospital of Unity Health Toronto, and strategic science advisor for the Canadian Foundation for AIDS Research (CANFAR). Bill Flanagan is the president and vice-chancellor of the University of Alberta, and a board member of CANFAR.

Imagine having easy access to a home self-test for COVID-19. With instant results, you’d be able to make informed decisions about your health and decide whether you should stay in or go to work. Research teams around the world are devoting resources to making this a reality, in the hopes of helping to stop the months-old pandemic in its tracks. In the meantime, many Canadian jurisdictions are offering medically administered swab tests with quick turnaround times in accessible ways.

But this inspiring efficiency is in sharp contrast to how the HIV epidemic has been handled in Canada, where the rate of new HIV infections continues to rise – even as the numbers consistently decline in countries such as the United States, the United Kingdom, Australia and Japan.

The difference: Canada has not yet approved or implemented a full range of HIV testing options, including self-testing; we have not yet ensured linkage to care for all; and universal and free access to treatment is not consistently available across our country.

About 15 per cent of people living with HIV in Canada are undiagnosed: They have HIV but do not know it because they have not been tested. There is also a significant proportion of people who are diagnosed with HIV but are not in care. Recent estimates from the U.S. Centers for Disease Control indicate that about 80 per cent of new HIV infections result from gaps in testing and treatment. This suggests that if more Canadians had access to home self-tests, and were then provided with effective treatment – which can allow people with HIV to live almost normal lifespans, and in almost all cases can entirely suppress the virus so that there is no risk of transmitting it to sexual partners – the reduction in spread could in effect end the HIV epidemic in this country.

As global research shows, self-testing can make it easier to reach those who are undiagnosed. It lowers barriers for marginalized people, who are at a higher risk of acquiring HIV. It helps those who may have experienced stigma and discrimination in accessing traditional testing through the health care system.

The good news is that a home self-test for HIV is about to get approval in Canada. In the fall of 2019, our CIHR Centre for REACH team – with funding from the Canadian Institutes of Health Research and the Canadian Foundation for AIDS Research – set out to complete the final study that Health Canada needed for a one-minute, blood-based self-test developed by a manufacturer in Richmond, B.C. It is the first to be considered for licensure in Canada. In April, our study showed that its performance is more than 99-per-cent accurate, and that more than 95 per cent of study participants indicated they would use it again and recommend it to family, friends and sexual partners.

Making this test widely available across Canada in just a few weeks – by summoning the same resolve that the federal and provincial governments brought to bear on COVID-19 – would help decisively end the HIV crisis. With the imminent announcement of this new testing option, it is critical that it be available for those who want to buy it online or in a pharmacy, and free for those who cannot afford it, as well as those who are already affected by health inequities.

As is the case with COVID-19, we cannot leave it up to chance that people will get connected to care. With access to health care providers going online, Canadians must be confident that these same technologies are being implemented and made available to access HIV testing, with linkages to care and treatment. Everyone must have access, regardless of social position, race, sexual orientation, economic status or geography.

Canada has proven in recent months that all three levels of government can work effectively together to disseminate clear public health messages and make testing and connections to care providers available for whoever needs it. We need to do the same for HIV through this new self-test.

We are about to have all the tools we need to end the HIV epidemic in Canada – all we will need is the political will to actually make it happen.

Opinion
In intelligence terms, COVID-19 is a revolutionary situation
July 23, 2020 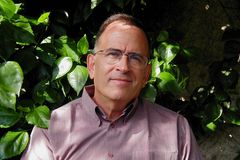 Opinion
Ottawa should listen to police chiefs. Drug use is a health care problem, not a crime
July 12, 2020

Opinion
Let’s face it, Canada: Even drinking in moderation can be dangerous
June 16, 2020 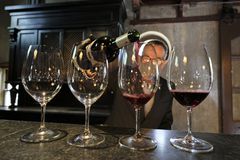