Don Drummond is a senior fellow at the C.D. Howe Institute and the Stauffer-Dunning fellow at the School of Policy Studies at Queen’s University.

Parliament is being asked to authorize massive amounts of spending to mitigate the economic damage of COVID-19. To best represent the interests of Canadian taxpayers, who some day will foot the bill, parliamentarians need the best picture possible of the underlying context. That should include a fiscal update.

The Prime Minister rejected the idea of a fiscal update last week, arguing that “in this situation any prediction we make will be widely unreliable from one week to the next.”

Many past updates and budgets, vital to the parliamentary process, would have failed the reliability test.

The infamous 1995 budget, widely viewed as tackling a fiscal crisis and putting the country on a sustainable fiscal path, overpredicted the 1996-97 deficit by a whopping $15.6-billion, or 2 per cent of GDP. An expected continuation of deficit reduction instead turned into a budget surplus by 1997-98.

In the fiscal update last December, the government added $4.2-billion for “economic and fiscal developments” to the deficit predicted for 2019-20 just nine months earlier. Most of that was related to an adjustment in the estimated liability for employee pensions.

Canadians understand that fiscal forecasts are not a precise science. They are acutely aware of the uncertainties now and would not be expecting a fiscal update to be exact. But valuable insight could be conveyed through the presentation of scenarios.

While the Bank of Canada said it was not providing an economic forecast in its April 2020 Monetary Policy Report, it did draw an interpretable picture of real GDP under two scenarios. The favourable one shows real GDP returning to its level at the end of 2019 by the end of this year. But the “pessimistic scenario,” in which COVID-19 lingers, sees real GDP remaining below its pre-pandemic level through 2022 and around 7 per cent below that level by the end of 2021 – a take on the future that is similar to the less favourable scenarios of the OECD and Bennett Jones.

The Government of Canada could put out a fiscal update based on such scenarios.

There can be no doubt the Department of Finance is preparing internal economic and fiscal projections and is likely using similar scenarios. It is not a question of whether the government should prepare forecasts but whether they should be shared with Parliament and the public.

That question does not turn on the reliability of forecasts but rather on the risks the government likely perceives from the transparency that would be provided by an update. Questions would be raised for which the government does not have answers – and it may not even want Canadians discussing certain things at this time.

Any update would have to acknowledge the distinct possibility that we will be dealing with COVID-19 and an underperforming economy for a long time. How will the government help Canadians deal with a prolonged crisis? Will more strategic alternatives to lockdowns emerge? How will transit, workplaces and businesses be adapted to provide enduring protection for employees and clients? What will be the role of government in supporting Canadians, businesses, institutions and the economy in general?

While a pandemic-weary populace may not wish to think about such matters, they need to be put on the table. And if that is a side effect of the government providing a fiscal update, it is only another argument in its favour. 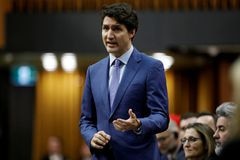 Opinion
On budget discipline, the Liberals object to the concept of rules
Subscriber content
December 18, 2019 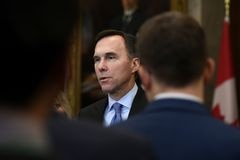