Richard Pound was the founding President of the World Anti-Doping Agency and remains a member of its Foundation Board.

Doping is a serious challenge to the integrity of sport and perhaps even an existential threat to its entire future.

It goes beyond the Russians, even though they’ve been particularly odious in recent years; they persist in their aggressive but puerile denials and attempts to shift blame anywhere except where it really belongs – in their own backyard. Cases brought forward by the World Anti-Doping Agency (WADA), as well as multiple ongoing investigations, have led to charges. Investigative media reports, principally by ARD in Germany, have also identified misconduct by athletes and sports officials around the world.

Unfortunately, attention is constantly diverted from the essentials of good investigation by a small but vocal collection of critics seemingly intent on attacking the credibility of WADA. There have been wild and false accusations of the agency “welcoming back” Russia and betraying “clean” athletes.

The best that can be said about such critics is that they are misinformed and misguided.

Take the Russian doping scandal as an example. After a series of investigations, WADA recommended that Russia be excluded from the Olympic Games in Rio de Janeiro in 2016, which marked the extent of its powers at the time. The International Olympic Committee (IOC), along with every international sports federation except track and field, rejected the recommendation.

The IOC would later exclude Russia from the 2018 Olympic Winter Games while also allowing select athletes to compete, designated as “Olympic Athletes from Russia.” In 2019, WADA gained access to the data and samples stored in the Moscow Laboratory, which has allowed the agency – in conjunction with international sports federations – to bring dozens of new cases against those who cheated, while establishing that some of the records had been altered or destroyed. It represents a vindication for WADA.

Through a new set of rules, WADA now has a more effective means of bringing doping cases forward than making recommendations, the power of which relies on reluctant sport organizations stepping up to their anti-doping obligations. WADA can now assert doping violations, with appropriate sanctions included. That is exactly what it has done with Russia, putting forth a strong set of consequences for its manipulation of data, including a four-year ban for Russia from taking part in or hosting major sporting events – the most severe punishment ever handed out to any country for doping-related offences. It was also a decision taken with the knowledge of what is legally possible and what is not. WADA left open the possibility of allowing Russian athletes who can prove that they have not been involved in doping to compete, but only as individuals with no national identification.

To the surprise of absolutely no one, however, Russia has rejected the WADA proposals.

Under the new process, if its proposals are rejected, WADA is authorized to request a binding order from the independent Court of Arbitration for Sport (CAS) to resolve the dispute; WADA did so on Jan. 9.

The critics, however, have decried such a decision, howling for a blanket ban on all Russian athletes, regardless of their possible innocence.

Both the obvious unfairness of such a vengeful punishment and the certainty that no court would uphold such a position seem to have conveniently escaped their notice. Furthermore, why should athletes object to competing against other “clean” athletes? Any competing Russian athlete will undoubtedly have been subject to more external scrutiny than any of the other athletes against whom they will compete.

The critics also condemn CAS, claiming that it is in the thrall of the IOC. That is not the case; the governance of CAS has been carefully crafted from its beginning. The IOC has not appointed any member to participate in the CAS’s governance and direction, and its arbitrators are screened for expertise before being added to the roster. The Swiss Federal Tribunal, Switzerland’s highest court, has affirmed the CAS’s independence.

As is normal in arbitration, each party may appoint an arbitrator, and the two thus appointed agree on who will serve as the chair of the panel. If they cannot agree, the CAS appoints the chair. Challenges on the basis of apprehended bias of an arbitrator are possible, and CAS may render a judgment disqualifying an arbitrator if such a case is made out. There is, however, always a degree of risk in any litigation. What one party may see as an open-and-shut case may not appear so to an independent arbitral panel, but generalized attacks on the independence of CAS are spurious, without evidence.

The fight against doping in sport deserves better than empty and unfounded criticism. It is too important for the future of sport. 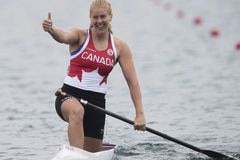 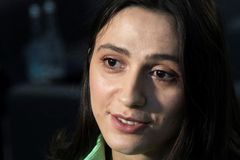 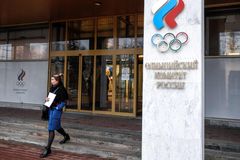