In the panic of the pandemic, we are making a lot of category errors. We are suddenly fearful of the invisible yet seemingly ubiquitous coronavirus. Yet, we struggle to think clearly and to act consistently.

The first category error I observe today is that many investors, seeing the extraordinary market volatility of the past week – which rivals the financial spasms of 1987, 2001 and 2008 – conclude that they are in a financial crisis. They therefore expect central bankers and finance ministers to deal with it, as they dealt with the last one.

But this is not a true financial crisis; it is a public-health emergency with financial symptoms. Monetary and fiscal stimulus are no more likely to halt the pandemic than a quarantine of Wall Street would have halted the great banking panic of September, 2008.

No amount of quantitative easing and deficit spending can avert a recession in the United States if COVID-19 is spreading through the population at an exponential rate and if the combination of prudent cancellations and consumer panic will bring much economic activity to a halt.

There was always going to come a crisis that would expose this president’s flaws – and it has come in the year he seeks re-election. Two weeks ago, I argued that COVID-19 posed a mortal threat to his presidency. Last Thursday, the prediction markets came around to my view, with Joe Biden edging ahead as the favourite to win on Nov. 3.

This brings me to the third potential category error. Is California – or New York State – Italy? If so, then I agree that Trump is done. But are we sure? Will the impact of the coronavirus really be as devastating to one or more American states as it has been to Italy?

It is now quite widely assumed that it will be. That is why there has been panic-buying of hand-sanitizing liquid and toilet paper in many of our local supermarkets. That is why a significant number of my friends are leaving California and New York for states they think will be hit less hard by the pandemic. John F. Kennedy airport was thronged on Saturday with people doing what – since time immemorial – they have done in times of plague: Fleeing the big city (and spreading the virus).

If the whole of U.S. goes the way of Italy then, adjusting for population, within two weeks there will 95,000 confirmed COVID-19 cases and nearly 7,000 dead. The war-zone scenes in some Italian hospitals will be replayed in San Francisco or New York – and they may even be worse, as the U.S. has slightly fewer hospital beds per capita than Italy.

The puzzle is why this is not already happening. Between Dec. 1 and Feb. 5, roughly the same number of direct flights went from Wuhan to Rome (28) and Paris (23) as went to San Francisco and New York (23 each). Indeed, according to research by network scientists at Northeastern University in Massachusetts, the U.S. was the fifth most likely country to import COVID-19 from China, after Thailand, Japan, Taiwan and South Korea. The risk for Italy was substantially less.

Moreover, according to a new paper from the same team, the U.S. should have begun to see local generation of more than 50 infections a day sooner than Italy.

Yet, although the curve of confirmed U.S. cases looks about as steep as the curve for Italy, there appears to be a lag. Some have hypothesized that the U.S. is about 11 days behind Italy, so that San Francisco will be where Milan is today by March 26. But why is it behind? The obvious explanation is the disastrous slowness with which the U.S. has been able to make functioning COVID-19 tests available. Even without testing, however, we would expect to see many more people already falling ill and dying in American hospitals. It is not as if older Americans are on average healthier than their Italian contemporaries: rather the opposite, I should think.

A better explanation, which I owe to two German economists, is that Italy’s social network may differ from that of the U.S. in terms of general gregariousness and physical proximity and, more importantly, in terms of interactions between the older and younger generations.

A fourth and final category error is to confuse a real pandemic with science fiction. Just as it was under-reaction to dismiss COVID-19 as just the flu, it is overreaction to think we are now in the movie, Contagion, or the novel, Station Eleven. We are entering the panic phase of the pandemic. Paradoxically, that is a good thing – because just a couple more weeks of complacency really would have been an error. 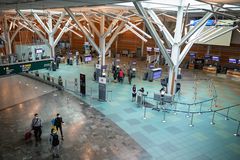 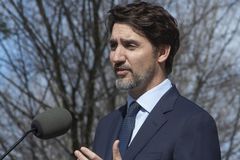 Lockdowns and entry bans imposed around the world to fight coronavirus
March 15, 2020 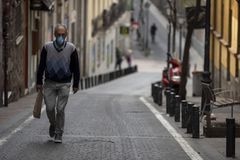