This week, the Alberta government designated Oct. 1 the Day of Older Persons. It’s recognition, we’re told, for the important contributions seniors make to the cultural and social fabric of the province.

And that is undoubtedly true. Although it could also be in recognition of the votes these older persons represent with an election just eight months away. Not mentioned was the incredible economic strain this same demographic is putting on not just Alberta’s finances, but the finances of the entire country. Now, the federal Parliamentary Budget Office (PBO) is sounding the alarm over what it is predicting will be a debt Armageddon unless drastic measures are taken.

We’re not talking about the individual indebtedness of Canadians, which is frightening enough. At the end of last year, households in the country were more than $2-trillion in arrears. Put another way: The typical Canadian owes about $1.70 for every dollar of their income. It’s a number that keeps Bank of Canada officials awake at night. But people yawn when you mention debt levels. It’s a problem for another day.

Maybe. But we’ve never seen debt levels like the ones people are carrying today. And still, they’re nothing compared with the liabilities most Canadian provinces are staring at.

Last week, the PBO released a report on the country’s fiscal sustainability. It takes a look into the future, using current provincial spending patterns to predict what the country’s books are going to look like 25, 50, 75 years down the road. It is an unnerving picture. The grim prospects some provinces face is shocking.

You would expect the Maritimes to be the most vulnerable, given the often precarious state of their economies and the fact that they face a demographic time bomb, with young people leaving and working people retiring to live a fairly meagre existence (which means less tax revenue for governments).

Take New Brunswick, a province whose debt currently stands at about 34 per cent of its gross domestic product. In 25 years, the PBO estimates New Brunswick’s debt-to-GDP number will balloon to 115 per cent. By 2067, it reaches 261.5 per cent. (By the early 2090s, the PBO predicts that figure will be nearly 500 per cent. However, I would argue the province would cease to exist as a stand-alone entity long before its debt levels became so untenable). Newfoundland would see its debt-to-GDP increase from 31.6 per cent currently to 76 per cent in 2042 and 228.7 per cent in 2067. Over that same time frame, Manitoba’s numbers are forecast to rise from 37 per cent today to 105 per cent in 2042 and 246.2 per cent in 2067.

Even Alberta is in trouble. According to the PBO, Alberta had a debt-to-GDP ratio of 1.6 per cent in 2017. That will go up to 43.6 per cent in 2042 and just over 100 per cent in 2067 if current spending levels hold. What does that look like in terms of raw numbers? Taxpayer-funded debt will be more than $100-billion by 2021 and exceed $1-trillion by 2051, according to University of Calgary economist Trevor Tombe. What is Alberta’s problem? The same as every other province: an aging population that is putting increasing pressure on the health-care system – the biggest cost driver of any government.

Perhaps by then the province will have come to its senses and introduce a sales tax to help fill its funding gap. Ultimately, it may have no choice.

Any way you look at it, there is a huge financial reckoning on the horizon, and a lot of people aren’t going to enjoy what that looks like. The public doesn’t like to hear the word “no.” And politicians don’t like using it, because they know voters are listening. But society better brace for it, because soon there will be no other option.

Current spending levels are not viable – a fact that has been evident for some time. We will soon have to start living within our means – as unpalatable as that might be for many. 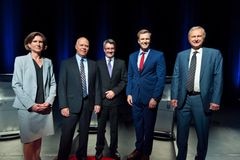 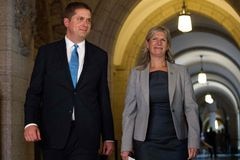 Globe editorial: Canada, and the lessons of the Great Recession
September 14, 2018 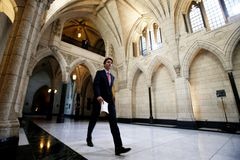