Nathalie Bondil is director general of the Montreal Museum of Fine Arts, Kathleen Bartels is director of the Vancouver Art Gallery, and Stephan Jost is chief executive of the Art Gallery of Ontario.

The very narrow interpretation of the Cultural Property Export and Import Act in the recent decision by the Federal Court constitutes a direct threat to the enrichment of our Canadian, universalist and diverse culture because the ruling only deems a strictly Canadian significance as being of national importance.

How can we build our common heritage by assessing the relevance of the work of masters such as Rembrandt or Chagall according to very restrictive criteria? Would art from Africa, the Americas or Asia not be considered representative of our collective history? How can we exclude the cultures of the world from the building of our Canadian society, when that society is characterized by its very diversity? Will we have to explain to the coming generations that international works of art – whether in the form of ancient Egyptian or Greek sculpture, a collection of Japanese or Chinese calligraphy, or contemporary works by Warhol or Basquiat – are to be banished from the Canadian imagination from now on? How are we to build an inclusive Canada when, at the highest national level, we reject donations of works by international masters, as well as refuse, going forward, to protect them from export?

Even though our diversity is a source of pride for us, this decision will have a major impact on Canada’s reputation as an open society. According to the national census, immigrants to our country constitute 21.9 per cent of the population. Three Canadian children out of 10 have at least one foreign-born parent. Our museums must exhibit the best of the world’s heritage to the whole of our diverse Canadian public.

The decision places donations to Canadian institutions intended to enrich our shared culture in peril. To reject such works, art objects and artifacts on the grounds that they do not have a direct connection to Canadian history imposes dramatic restrictions on our collective heritage, as well as discourages potential donors. There is no doubt that such works, objects and artifacts, much in demand on the international market, will be readily exported and sold elsewhere, or given to other museums. By consenting to the export of all non-Canadian works and refusing to consider them as property of national importance, Canada would lose its leadership in terms of culture and multiculturalism.

A number of Canadian museums receive no government support for the acquisition of works and depend almost exclusively on the generosity of donors. Consequently, many of the collections in Canada’s most important museums have been built thanks to donations of international, encyclopedic artworks.

According to the Federal Court’s interpretation, Kenneth Thomson’s gift of his collection of Renaissance art objects to the Art Gallery of Ontario and Michal Hornstein’s donation of 17th-century Dutch paintings to the Montreal Museum of Fine Arts – the two biggest donations of collections of artworks in Canadian history to this day – as well as Ben Weider’s gift of Napoleon-related objects, would have been refused, engendering an enormous loss for our Canadian heritage and its transmission to every generation, in addition to damaging the Canadian cultural landscape.

For more than 40 years, the Cultural Property Export and Import Act has enabled the enrichment of our collective heritage, as well as encouraged people to donate their works, rather than sell them. The decision of the Federal Court threatens the tax incentives related to major donations of artworks and, as a result, hinders the preservation of the multicultural richness of our collections.

Urgent action is required. Already, donations that were in progress – even from recognized Canadian collections – have been frozen, preventing our institutions from acquiring major works. The situation is also alarming because the reviews relating to export have been halted, running the risk that the history of world culture will be driven out of our country.

On behalf of all the institutions serving the educational needs and promoting the national unity of Canadians, we appeal to the spirit of openness that has forged this country’s reputation for excellence throughout the world. Our universal heritage, which includes that of Canada, as well as that of other times and places, is as precious as it is varied. Canada is not an island in terms of culture; it takes part in world culture by keeping it vibrant and alive.

In this critical situation, we request that the federal government expedite the appeals process. Each day counts. 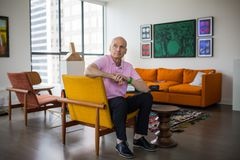 In the age of Trump, the art on racism by African-American Kerry James Marshall seems absolutely vital
Subscriber content
August 14, 2018 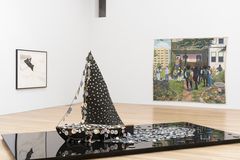