The legal action launched more than a decade ago by Brian Day wrapped up in B.C. Supreme Court on Friday, ending the same way it began, with some overheated rhetoric. We are hearing that the future of medicare is in peril and that Canada is the only country on earth that bans private health insurance, neither of which is true.

The lawsuit aims to strike down key provisions of the B.C. Medicare Protection Act, arguing that restricting access to private health care is causing deadly waits for care that violate Canadians’ constitutional right to life, liberty and security.

Those opposing the action – including the federal and provincial governments – claim that a “two-tier system” would result in the end of medicare as we know it, throwing open the door to U.S.-style health care and wouldn’t make waits any shorter, except for the wealthy.

At the end of the day, Justice John Steeves needs to answer a seemingly simple question: should patients be able to pay for care in private clinics if they can’t get timely care in the public system? (Or, conversely, should government be able to restrict access to private care because it believes doing so serves the greater public good?)

Regardless of what the court rules, it is unclear what impact it would have on the larger health system, or on access to timely care.

The only certainty is that, no matter which side prevails, the ruling will be appealed to the Supreme Court of Canada – meaning a final decision is a few years away.

The B.C. Medicare Act prohibits physicians from working in both the public and private systems, it does not allow physicians to charge extra for services covered by medicare, and it bans the sale of private insurance for “medically necessary” care (most hospital and physician care).

No province allows extra billing. Most provinces outlaw dual public-private practice, but some allow physicians to opt-out of the public system entirely. Five provinces ban the sale of private health insurance for procedures done in the public system.

So the rules are all over the map, and enforcement even more so. Even B.C. tolerated private clinics like Dr. Day’s Cambie Surgeries Corp. for more than two decades after it opened in 1996.

Paradoxically (or perhaps hypocritically is more precise), the best customers of private surgical clinics are essentially in the public sector – WorkSafeBC, the Canadian Armed Forces, the RCMP, Indigenous and Northern Affairs and Correctional Service of Canada.

The notion that private clinics are a threat to medicare is scant at best.

Similarly, the idea that not getting swift access to care is some grave injustice is dubious at best.

Sure, there are waits in Canada that are far too long and frustrating, but is waiting really killing people? And, even if it is, would allowing people with means to pay for faster care actually correct these injustices?

If we’re going to say that Canadians can buy care when waits are unreasonable, what is the threshold going to be? Will it be medically maximum wait times set by physicians or institutions, or will it be an individual feeling?

There is no question Canada needs to deal with the problem of lengthy surgical wait times. But quicker isn’t always better. And is having to wait your turn really unconstitutional?

If so, allowing private surgical clinics to cherry-pick profitable procedures to offer to the public is hardly a solution.

But neither is an outright ban. Most countries with universal health care have a mix of public and private provision and payment of care. What these countries do is regulate rather than outlaw private operators.

One of the great ironies of the case is that Canada actually has more private spending and a greater dependence on private insurance than virtually every other country with universal health care.

Canadians are enormously dependent on private insurance for prescription drugs, dental care, vision care, hearing aids, home care, long-term care and much more. Surely many of these services are “medically necessary,” but public access and funding is greatly lacking.

Ultimately, we need to decide what is covered by medicare and what isn’t.

It’s never going to be easy to draw those lines in the sand, but it’s essential.

What the limits of medicare are, or should be is also a policy issue that needs to reflect our culture, our values and our expectations of government.

It’s certainly not something we should be leaving to the courts – especially when the courts are going to take a generation to decide if waiting violates our rights. 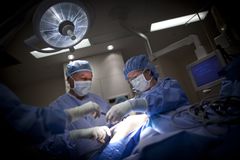