Final submissions in one of the most consequential trials ever held into our health-care system are at long last being heard in the B.C. Supreme Court. The case should be called the Trial of the Century because it seemingly has taken almost that long to get to this point.

It took seven years to arrive in court, and has dragged on another three years since.

It pits Brian Day (the renowned champion of a health-care universe that respects individual freedoms) against the B.C. government, which is trying to defend a system designed, in theory, to provide timely care to all regardless of circumstance.

Something that, in many instances, it stopped doing years ago.

Most Canadians are aware of the debate underlying this case. Private clinics began popping up several decades ago in response to the fact that governments, restrained by burgeoning costs, were increasingly incapable of providing patients with the health care they needed in the timely fashion required. Consequently, long waiting lists for everything from magnetic resonance imaging (MRIs) to colonoscopies became a fact of Canadian life.

For most of that time, governments, including B.C.’s, not only turned a blind eye to these private clinics, but often used their services to address backlogs in the system. Eventually, the province couldn’t tolerate such brazen and open defiance of the Medical Services Act and so made moves to effectively put them out of business.

And so here we are today, with Dr. Day fighting for a future that would accommodate a hybrid health-care model, one that would be predominantly universal in scope but include a private element. Countries such as France are often held up as the best example of this archetype.

Still, there are many, including governments and physician groups and unions, that argue against two-tier medicine. It should be noted that B.C. has made strides in reducing wait times for MRIs and procedures such as hip and knee replacements. But there are still thousands of patients waiting inordinate amounts of time for help in addressing these and other problems.

The federal government is an intervenor in this case, along with a handful of health-care unions. This is ironic, given that the most common demographic at Dr. Day’s clinic over the years has been middle-class union workers injured on the job.

This, of course, is one of the great paradoxes of the private health-care debate: There are groups that get a free pass to use the services of these clinics to get their medical needs addressed immediately. They include those covered by B.C. workers’ compensation claims. Those who aren’t go to the back of the public health-care line along with everyone else. Think about that for a minute: two people with identical injuries; one can get treated relatively quickly and the other can’t. That is absurd.

So, please don’t tell me there isn’t two-tiered health care in Canada already. And there especially is when you consider other aspects of the health-care spectrum, such as, say, pharmaceuticals. Some people have their prescriptions covered by their employers; many others don’t and can’t afford the drugs they need. Some people can afford proper dental care, increasingly an important part of an individual’s overall health-care profile; others can’t.

Over the years, politicians have taken a “don’t ask, don’t tell” approach to this issue because they realize a crackdown on private clinics would drastically increase public wait times. So even the most progressive-minded officials, such as the late, great New Democrat, Jack Layton, understood the vital and inevitable role private clinics played in this country.

“Private clinics are a fundamental aspect of the health-care system founded by former Saskatchewan premier Tommy Douglas and not much can be done about them,” said Mr. Layton, who admitted in the mid-1990s to using one for a hernia problem.

In a country as big and vast as ours, it’s impossible to have equal standards of care. There are areas that are sparsely populated and difficult to get to. The medical care available to those who live in these regions is nowhere close to what exists in more populated areas. This is two-tier health care on a different level.

I will be shocked if the judge in this case sides with the province and gives the government the ammunition it’s looking for to put private clinics out of business for good. If that happens, however, it will be a dark day for health care in this country and people will suffer as a consequence.

Opinion
How can we ration health care, without discrimination?
Subscriber content
October 29, 2019

Opinion
To improve health care, we need to plan our work force of the future
Subscriber content
October 25, 2019 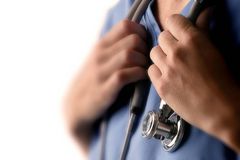 Opinion
Who deserves mental health? It should be everyone
Subscriber content
October 18, 2019 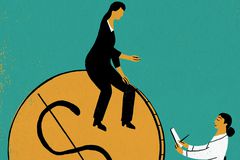