In the old days when you wanted to kite a stock you did it the old-fashioned way. You’d leave the stock pages in bathroom stalls with your target stock circled in red and a handwritten note beside it: “Jim, company has big news coming. A real game-changer. Call me. Dave.” People would find it, rumours would spread, the price of the stock would soar, and you’d take the money and run.

Nowadays all you have to do is talk it up on social media. It’s easier, faster, and just as cheap. What’s more, far from the public shame or prosecution to which you might once have been liable, you and your fellow pump-and-dump artists will be hailed as populist heroes, leaders of a “rebellion” of retail investors against the “fatcats” who had “rigged” the system.

That would seem to be the lesson from the GameStop mania of recent weeks. The company in question, a Texas-based chain of videogame shops, was widely regarded as a dud, a bricks-and-mortar operation in a world where games can be downloaded all but instantaneously. Its stock had lately become the subject of an unusually large amount of short selling – selling borrowed shares to buy back later, betting the price will fall – by a few large hedge funds.

At the same time, the company had attracted buying attention from certain other large investors, sensing the market had overlooked its potential as a fixer-upper. Fair enough: markets are made out of such differences of opinion. Ultimately GameStop’s fate would be decided by its performance in the real world.

But then GameStop got taken up by the Reddit board known as WallStreetBets, whose three million members – mostly young, mostly day-traders, mostly anonymous – exchange chatter on which stocks to buy or sell. Online enthusiasts drove up the stock price from US$4 a year ago, to US$20 early this year, to over US$400 at its peak last week.

To be sure, buyers had a legitimate short-term opportunity. The shortsellers, having taken such large positions, had left themselves exposed to a “short squeeze”: If enough people bought enough of the stock, it would not only lift the price, but eventually force the shortsellers to limit their losses by buying back the stock they’d sold, lifting the price still further. And what would possess so many people to buy such a battered stock all at the same time? If they all got together on Reddit and planned it.

Or rather – since people would have to stay in the stock long enough to vanquish the shorts, rather than sell into the rally and take their profit – it would require that they be indoctrinated into a kind of cult. Which is more or less what happened. The GameStop mania, as it went on, became more than a mere bubble of the sort the markets have seen for centuries. It became a cause.

It was a peasants’ revolt. It was Main Street versus Wall Street, millennials versus boomers, the “deplorables” versus the elites. GameStoppers became convinced that, by buying shares in a failing company, they were sticking it to the man, changing the system, bankrupting the hedge funds for the lulz. What did the fundamentals matter, so long as everyone believed?

The media got in on the act. “‘Dumb Money’ Is on GameStop, and It’s Beating Wall Street at Its Own Game,” said The New York Times. “GameStop Mania Reveals Power Shift on Wall Street – and the Pros Are Reeling,” said the Wall Street Journal. A thousand “this changes everything” columns were filed. Politicians from the Trumpian right to the socialist left, entertainers, tech moguls, everyone with a stake in the populist game joined in.

Until, that is, the price of GameStop stock began, inevitably, to fall. By the close of trading Tuesday it was at US$90, less than a quarter of its peak the previous week, and it became clear that the peasants’ revolt had not succeeded. Indeed, it wasn’t a peasants’ revolt at all. Among the biggest beneficiaries from the stock’s rise were a number of big institutional shareholders, who presumably sold before things got really crazy. As would have the sharp operators who were surely lurking amongst the Reddit horde, urging the others on behind the cover of anonymity.

But the gulls and marks who bought the stock near the top, who in some cases mortgaged their houses to do so – because they were told it couldn’t miss, because it was going to the moon, because finally the little guys were going to win one against the big guys – they’ve lost their shirts. In the old days, we’d have said this was a scandal. 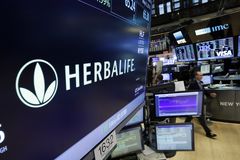 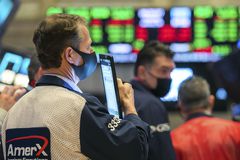 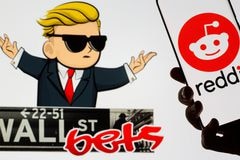