With every outrage that transpires under the Trump administration, there is a customary refrain. This is the one, we say. This is what tips the scales. Donald Trump is doomed. And what happens? The demonizer-in-chief tweet storms his way into another crisis and the previous disaster is forgotten.

The dogs bark, the hell-bent caravan moves on. His popularity doesn’t fall. Reasonable people throw up their hands in despair. How can this be happening?

The scenario just played out. There was fury when Mr. Trump used the words “disgusting … rodent infested mess” to describe the city of Baltimore (as opposed to his own presidency) and when he told four minority congresswomen, three of whom were born in the United States, to go back to their own countries. It’s largely overlooked now, lost in the maze.

Will the same scenario follow the mass-shooting atrocities in Texas and Ohio? Many think so. Mr. Trump has made a couple of promises, likely empty ones, to address white nationalism – and now he will start throwing multiple tantrums on other matters to shift the media focus.

But how much longer can Americans put up with this? At some point, critical mass has to be reached. At some point, the degree of revulsion has to become too much to bear and lead to a dire reckoning. The Republican Party and its president collapse under the weight of their own malevolence. The long national nightmare, to borrow Gerald Ford’s words, ends.

If you have any faith in the American people, you have to believe this time is approaching. Americans are too smart a people to let the degradation, this brandishing of all that is offensive about them, continue.

They have faced dire challenges before. They will do so with this one. The moral compass will be retrieved.

Among rational people there isn't much debate about whether Donald Trump, as Joe Biden puts it, has used the presidency “to encourage and embolden white supremacy.” His continuing stream of race-baiting in tweets and at rallies stoked anti-immigrant hysteria. He says now that the culture of hate must be defeated. But he doesn't point the finger at who has trafficked in it, that being himself. To address the crisis he would have to take measures that undermine his core political support. He isn’t going to do that.

His Republican Party – the party of Lincoln, Teddy Roosevelt, Eisenhower, Reagan – has become the most retrograde in its history. On climate change, on guns, on immigration, on trade, on civil rights, on health care and so much else, they are on the wrong side of history. Their leader’s head is so deep in the sand that only his feet are sticking out. When all is said and done, that could well be his enduring portrait.

The applause for the economy is likely to peter out. The reckless trade wars, the surging deficits and slumping stock markets will do the deed along tax policies that make the rich richer in a country where income inequality is a disgrace.

The battering the Republicans took in the midterm elections on health care doesn’t seem to have clued them in to changing their approach. On climate change, they refuse to emerge from their caves. “July hottest month in recorded history,” blared one headline last week. “Greenland’s ice wasn’t supposed to melt like last week until 2070,” said another. One of their top strategists, Fred Luntz, has warned them they might get killed on this issue. They ignore the warning.

The Grand Old Party shrinks into a more white, more male, more rural enclave. It has one black member in the entire House of Representatives. He is Will Hurd of Texas whose district is along the Mexican border. He has announced he is not seeking re-election.

It’s a retrograde party with a President who stirs division fear, and hate. It will be confronted with more domestic terror. The wounds and the wrongs it inflicts will continue to stockpile.

Many fear the Democrats are veering too far left, that they don’t have a great candidate to lead their ticket. The Democrat partisans don’t have to worry. The Trump Republicans are on the road to defeat all by themselves. 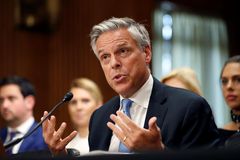 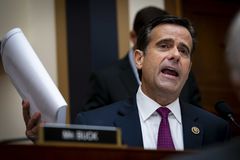 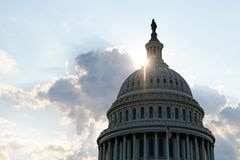