As I write this, it is unclear whether the United States will survive as a democracy. The result of the runoff election for Georgia’s two Senate seats will soon be known, but no one can say with any certainty whether that will decide it. Nor can anyone say with certainty that any future election will decide who actually enters office or holds power.

For the members of one party, the Republicans, have declared in large numbers that they will not accept the result of last November’s presidential election – an election the Democratic candidate won by more than seven million votes overall, or by a margin of 306 to 232 in the Electoral College, results that have withstood multiple recounts and dozens of legal challenges.

And if the Republicans will not accept defeat in that election, what reason is there to suppose they will accept it in any? If they are prepared to claim an election was “stolen” in these circumstances – in the absence, that is, of any credible evidence whatever, or even a coherent theory of the case – what election would they not claim was illegitimate? Starting with the Georgia runoff.

Has the President not himself said that the state’s electoral machinery is rigged, even as he urges Republicans to vote? Have his advisers not alleged that the state’s Republican governor is in the pay of the voting-machine companies, in cahoots with the government of Venezuela and other shadowy malefactors?

And beyond: Haven’t millions of Republican voters been taught to believe the same of the electoral process across the country – if not this particular story, then some less fantastic version of it, on the principle that “where there’s smoke there’s fire”? Haven’t scores of GOP members of Congress vowed to contest the results accordingly?

And so, while democracy in America is likely to prevail in the current contest – Congress will not vote, thanks to the Democratic majority in the House, to overturn the results, nor can the Vice-President simply declare them invalid – its longer-term survival is very much in doubt. A culture has taken hold in one of the two parties that is incompatible with democratic government.

We should be precise in describing that culture. The polarization that is destroying American democracy is not between conservatives and liberals. It is not between populists and elites, or even authoritarians and non-authoritarians. It is between fantasy and reality, or perhaps between insanity and sanity: between those who believe, or pretend to, in the most preposterous fictions – the political equivalent of flat earthers – and those whose belief system is limited to the world as it actually is.

The culture that has consumed the GOP should be distinguished from ordinary political corruption, which at least has the decency to be carried out in secret. Neither does it quite fit the definition of fascism, which is admirably pragmatic in its use of terror to achieve its aims. It is the open advocacy of utter and unmitigated nutjobbery – the stuff of the QAnon cult and other loons – that is the hallmark of the modern Republican Party.

Do they believe, or merely pretend to? It depends who you’re talking about. Many have speculated whether Donald Trump’s inexhaustible torrent of falsehoods are lies, in the sense that he knows they are false, or whether, in the diseased recesses of his mind, he honestly believes them to be true. I think this is a false dichotomy: It’s not just that he has no idea at any given moment whether he is telling the truth or not, it is that he has no sense that truth and falsehood are different categories.

As for the base, the conclusion is as inescapable as it is disquieting: Much of the population (in America, but perhaps elsewhere as well) has only the most tenuous grip on reality. They can be persuaded of literally anything, such is their adulation of Mr. Trump and mistrust of almost everyone else. Whether this is something social media has cultivated – not only spreading fantasies but validating them in the credulous mind, through the discovery of so many fellow believers – or merely revealed, is an open question. But it is an uncomfortable democratic truth.

It is those in between the President and his base, dependent on the former for his blessing and the latter for their votes, that are the most fascinating and revolting case. I speak of Republicans in office: members of the Senate and the House of Representatives, governors and state legislators. Doubtless even some of them have persuaded themselves of the merits of Mr. Trump’s baseless claims. But the vast majority are simply too frightened or cynical or lazy to object. It isn’t necessarily that they want to destroy democracy. It’s that they can’t quite rouse themselves to its defence, believing it can survive even their own sustained assault on it.

Which may prove the gravest fantasy of them all. 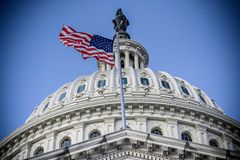 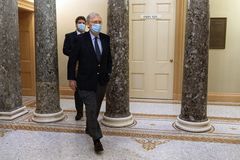 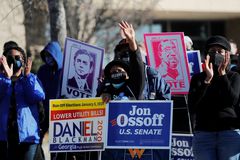