When Baby, It’s Cold Outside was kicked off the air a couple of weeks before Christmas by anxious radio managers, many of us marveled at the silliness of it all. When I was young, we knew what offensive music was like. It was like the Fugs – a filthy-mouthed band once described as “the most vulgar thing the human mind could possibly conceive” in FBI files.

Times change. So do our our ideas of filth – and not necessarily in ways one might expect. We are now going through a prudish phase, in which even the most innocuous of male-female byplay might be interpreted by some people as a little date-rapey. In this ultra-sensitive #MeToo age, you can’t be too careful.

It used to be that the new vigilantism was mostly confined to university campuses. But now it has leached out into the wider world. The temporary banning of Baby was just one example. Another example is what happened to Meghan Murphy, a Vancouver feminist who also ran afoul of the vigilantes. Her transgression? She tweeted the opinion that “men aren’t women.”

Well, of course men aren’t women. So what’s the problem? The problem is that she was making a comment on transgender women – men who identify as women. And referring to them as men is forbidden. One of the ironclad principles of social justice is that people’s gender identity must be accepted at face value. So Twitter promptly decreed that Ms. Murphy’s assertion constituted “hateful conduct,” and barred her. (You can find her own account of the incident on Quillette.)

The Great Awakening was a spiritual renewal that swept the American colonies of the 1730s and ‘40s, when traditional religion was moribund. Today’s Great Awokening (as many people style it) describes the newly “woke” behaviour of the converts who realize they’ve been sleeping all their lives, oblivious to the atrocities inflicted by the patriarchy. If these converts are not themselves among the oppressed classes, they must be quick to confess their privilege and seek allyship with those who are. Those who are among the oppressed, on the other hand, tend to get a pass on anything they have to say.

Transfixed as we may be by the cult of Trump, the cult of social justice is equally troublesome, he writes. It sees the world through the lens of identity politics, and reduces individuals to a collection of fixed attributes such as gender, skin tone, and sexual orientation. Like any good religion, this lens offers a complete explanation of how the world works. It works through an interlocking web of oppression that unfairly elevates white men to positions of undeserved privilege.

These views are no longer confined to campus. They pervade the world of arts and culture, where talent and merit now take a back seat to intersectionality, and are widespread in the media and the Democratic and Liberal parties.

Mr. Sullivan argues that both cults threaten liberal democracy, because individuality doesn’t matter – only the group. “They do not believe in the primacy of the individual, they believe the ends justify the means, they do not allow for doubt or reason, and their religious politics can brook no compromise.”

To see how far the cult of social justice has penetrated the mainstream, look no further than Justin Trudeau – the wokest leader of them all, as the Washington Post’s Molly Roberts put it. Mr. Trudeau is so progressive that it makes your teeth ache. As she pointed out, he once wrote an essay for Marie Claire about how “our sons" can change sexism. He is dedicated to a cabinet with gender parity and is fond of talking about gender issues on the world stage. And, his last, relentlessly female-friendly budget, made 358 references to “gender.”

Mr. Trudeau likes to style himself the social justice conscience of the nation. His dedication, however, masks a certain hypocrisy. He can’t admit that there might be a trade-off between Indigenous reconciliation and pipelines or between environmentalists and greenhouse gas emissions.

This is the benign face of social justice – stuffed with harmless bromides about equality and fairness. More pernicious are the debates over toxic masculinity, whose existence as a general social evil is thought to be beyond question. For many true believers, the only debate worth having is whether all masculinity is inherently toxic, or just most of it.

Will our grandchildren marvel at our moral panic? I desperately hope so. Meantime, I have an old Fugs album I want to play.​ 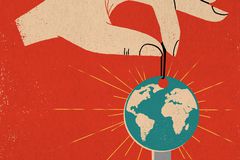 Opinion
What the ‘words of the year’ tell us about ourselves
December 21, 2018 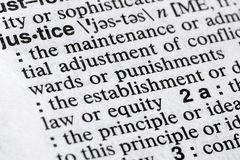