It would be of the greatest assistance in dispelling populist fears of shadowy globalist plots for world domination if the objects of their paranoia did not so often carry on like cackling Bond villains.

Take the latest fog of confusion to escape from the boiling recesses of the internet, over the “Great Reset.” No, the coronavirus pandemic, and the lockdowns imposed by governments around the world in response, were not cooked up in advance as part of an elaborate coup attempt by “globalist elites,” whatever that insinuating term might be intended to suggest.

And no, there is no plot, as described in a supposed e-mail from a member of the “Strategic Committee” of the Liberal Party of Canada, to relieve citizens of their debts in return for their surrender of “any and all property and assets forever,” with dissenters to be held indefinitely in “isolation facilities.”

There isn’t even a plan, as such, to “re-engineer economies and societies to empower the elites at the expense of the people,” as alleged in a petition posted on Conservative MP Pierre Poilievre’s website.

But damned if what there is doesn’t sound a whole lot like it.

The specific proposal for a Great Reset is the brainchild of the Swiss-based World Economic Forum. As explained on its website, the “COVID-19 crisis, and the political, economic and social disruptions it has caused” offer “a unique window of opportunity” not only to “shape the recovery” but to “build a new social contract that honours the dignity of every human being.”

As the WEF’s founder, Klaus Schwab, himself put it last June, “the world must act jointly and swiftly to revamp all aspects of our societies and economies, from education to social contracts and working conditions. Every country, from the United States to China, must participate, and every industry, from oil and gas to tech, must be transformed.” After all, the pandemic “has shown how quickly we can make radical changes to our lifestyles. … Populations have overwhelmingly shown a willingness to make sacrifices. ...”

This notion – that the pandemic is not an ordeal we should be glad will soon be over, but a rehearsal for the grander transformation to come – has become common in progressive circles. The Prime Minister may not have been directly citing the WEF when he told a United Nations conference by video in September that “this pandemic has provided an opportunity for a reset,” but he was channeling the same mindset: “This is our chance to accelerate our prepandemic efforts to reimagine economic systems that actually address global challenges, like extreme poverty, inequality and climate change.”

It is hard to say what is more striking: the willingness to exploit the “opportunity” presented by a plague that has killed more than a million people around the world to “accelerate our prepandemic efforts,” harnessing the public’s readiness “to make sacrifices” in the face of a health emergency to advance a quite different agenda – or blithely admitting all this in public. At some point, cynicism and naiveté converge: when you are so convinced of your own virtue that you can confess openly to the most callously opportunistic designs and expect that no one will mind.

It isn’t going to happen, of course. Mr. Schwab is a notorious moonshine salesman, and the simpering chumps who fall for his windy rhetoric – for example, Justin Trudeau – typically lack either the ability or the nerve to implement the kind of sweeping changes (“we must build entirely new foundations for our economic and social systems”) he envisages. Talk like this is silly and irritating, but it’s not frightening, or not as frightening as phoney populists like Mr. Poilievre might hope. They are like their targets in this respect: both seek to, in Mr. Poilievre’s words, “prey on the fears and desperation of people” in the service of their own agendas.

None of this is to say that the problems identified by Mr. Schwab, Mr. Trudeau and others are not problems. Some of these, like climate change and social inequality, predate the current crisis. Others, such as the plight of those in part-time or gig employment, unable to work through the lockdown and ineligible for traditional forms of assistance, were made worse by it. If periodic pandemics are increasingly to be our lot – as globalization may have made inescapable – there’s a case for addressing the latter as part of a longer-term, “lessons learned” response to the crisis, along with improving our global public-health intelligence and stockpiling masks.

But broader proposals for change, let alone dreamy ideas of “reimagined economic systems,” should be defended on their merits, one at a time – not rushed through at one go, in the middle of a once-a-century global public-health crisis, in the hopes that people will be either too confused to notice or too scared to resist.

Opinion
Good on ya: Australia is bravely showing Canada the pain and promise of a principled approach to Beijing
Subscriber content
November 20, 2020 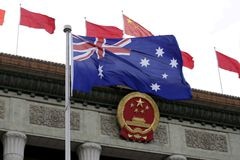 Opinion
The feds can’t make the provinces 'do the right thing’ on the pandemic, but they can make it worth their while
Subscriber content
November 18, 2020 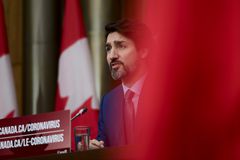 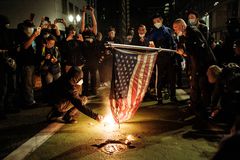