Coronavirus information
The Zero Canada Project provides resources to help you make the most of staying home.
Visit the hub
Sheenah Rogers-Pfeiffer
Contributed to The Globe and Mail
Published July 10, 2020 Updated July 10, 2020
Comments
Please log in to listen to this story. Also available in French and Mandarin. Log In Create Free Account

Sheenah Rogers-Pfeiffer is the founder and CEO of the marketing and communications firm Anstice.

Stampede Park should have been packed this week. The start of July is supposed to bring in some 10,000 people a day to its gates. Instead, for the first time in the Calgary Stampede’s 108-year history, it has been a western ghost town.

There were no swashbuckling rodeo riders, no sickly-sweet smell of cotton candy and no squeals of children scampering for the kids’ zone. The concerts have been cancelled. The midway was never set up. The food trucks are parked elsewhere.

The global COVID-19 pandemic has delivered what even the great flood of 2013 couldn’t, something that no living Calgarian has ever experienced: the first-in-a-century cancellation of the self-declared Greatest Outdoor Show on Earth.

With it comes the loss of more than one million visitors to our city each year, and the roughly $540-million the event pumps into the provincial economy, according to estimates by the Conference Board of Canada.

Charities will also suffer. Major fundraising parties and projects that are usually held every night of the Stampede’s 10 days – including the Stampede Rotary Dream Home, which raises most of its funds during the Stampede by selling lottery tickets on the grounds – were completely waylaid.

To be sure, the world’s biggest dress-up party isn’t for everyone, nor is it always the city’s great unifier. There are mainly two lines of thinking on the matter – Calgarians who embrace the silliness and run for their wardrobes of Shady Bradys, fringes and turquoise jewelry, and those who flee for anywhere other than Calgary during this traditional (and sometimes cheesy) celebration of the Wild West.

But there are also the rest of us: oil-patch engineers, entrepreneurs, corporate executives, students, service-industry professionals and lawyers (divorce lawyers, in particular!) who can’t miss out on Stampede without missing out on some of the best networking and business-development opportunities of the year.

Supporters and haters alike would agree, however, that July without the Stampede is just plain weird.

We are just not used to business-as-usual during the first 10 days of July. This year, everyone is at their desks, working virtually. Those who are out and about will notice the “don’t-touch-me” COVID-19 vibe – an attitude that’s antithetical to Stampede.

I even attended an important annual general meeting by video one morning last week, which under normal circumstances would have been blasphemy – never mind bad business.

But if you look past the surface, are things really that different?

Like any great ghost town, spirits linger. Two local photographers have turned their front deck into a western-themed photo studio, and are offering free family “porchraits” for anyone who wants to tie a bandana around their neck, don a cowboy hat and have their Stampede 2020 photo captured.

My colleague’s neighbourhood is hosting its usual block party, but this time in the back alley and with local musicians hired to play, as a way of supporting another group badly hurt by the cancellation of Stampede. In the Kensington neighbourhood, local beer and food hall Free House turned itself into a Stampede Corral, offering daily favourites like corn-on-a-stick and fresh lemonade. The infamous Cowboys Music Festival, known for brilliant Stampede public relations stunts, quickly sold out Stampede house party packages: a pop-up tent, playlist and belt buckles for your home.

Stephen Avenue, which is usually hoedown central, is eerily quiet. But from drive-thru pancake breakfasts to front-lawn line dancing, something truly special is happening in Cowtown. People are coming together, like they always do this time of year, to form new connections and solidify old bonds – ones that have and will take them far into the future.

This is the lesson of Stampede, and one that all organizations would be wise to learn as we move out of these COVID-troubled times and return to a new normal: Making connections matters, whether it’s with other companies or within your own colleagues. These are the things that will get you through tough times, from difficult business conversations to global pandemics.

With no surprise, Calgary has stepped up – and in cowboy boots no less – to show the world how it’s done. The Stampede may have finally been forced to take a pause, but its spirit will not die.

The Calgary Stampede is mostly deserted due to COVID-19, but the show must go on
July 6, 2020 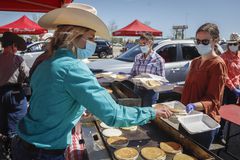 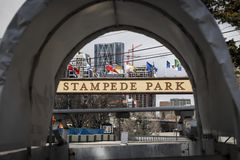 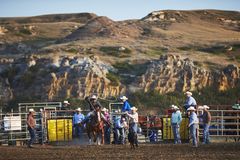