Tamara Thiessen is a freelance journalist and photographer based in Paris.

At the corner of my street in the eastern Paris suburbs, a bunch of flowers sit in a jar against the wall with some initials scrawled on the pavement in massive text as a memorial: TT.

It gives me a jolt for two reasons. One, it’s here I play Russian roulette every day trying to negotiate my way along a crosswalk in a flow of traffic that does not cede to pedestrians. Two – TT are my initials. It’s like I have seen a premonition of my own death. And it serves as an added warning to the dangers of being a committed walker in France.

Of all aspects of life in France, this is the one that makes my blood boil the most. The refusal to give way to pedestrians seems to me to be a violent attack on the precepts of French égalité, liberté and fraternité, and a sign of repugnant egocentrism and indifference.

It is like the crosswalk doesn’t exist to most drivers – they just don’t see it.

A couple of days after I returned from a long stay in Australia, the issue raised its ugly head in a terrifying way. I was crossing a small side road to get to my street; a car accelerated behind me as if to run me over because I had dared to show such brazen pedestrian autonomy.

So it is with disbelief that I have observed the gradually appearing 30 km/h speed limits in the streets around my place. And with abhorrence that I have watched drivers fly through them, at 40, 50 even 80 km/h.

When I heard an 80 km/h speed limit would be introduced on country roads July 1 in a bid to reduce the alarming rise in road deaths caused by speed, I was incredulous.

How are they to enforce that? And what will drivers do to make such a massive necessary transformation overnight?

Sure it is an admirable move – if policed. But this still leaves pedestrians in the line of fire.

Sociologist and mobility specialist Eric Le Breton from the Université de Rennes 2, puts France in the same camp as India and China, where life for pedestrians is a “nightmare.”

“It’s going to take a long time before the situation improves … We have to educate drivers,” he tells me, conceding that it is “bizarre” that is not already the case.

Statistics show that while in 2016 there was a drop in road death rates, they went on to rise sharply the following year. Pedestrians, particularly older ones, are increasingly sitting ducks.

According to the National Interministerial Road Safety Office, the No. 1 cause of death on roads in France is speed – “excessive or inappropriate.” Furthermore, “Road safety is deteriorating mainly among pedestrians. In 2016, there were 559 pedestrian deaths, an increase of 19 per cent over 2015.”

When a car does stop, one feels like kneeling in religious reverence.

Last year, engineer and road accident specialist Jacques Robin, who runs the website Sécurité routière plus, said: “In France, pedestrians often find themselves in danger, particularly because vehicles stop too close to the pedestrian crossing. The solution is the tracing of a very visible transverse line, about five metres before the crossing, indicating the point where they must stop if a pedestrian crosses the roadway. Portugal and China, among others, have adopted this practice for a long time.”

But cars don’t stop too close to the line. They usually don’t stop at all.

All of this seems very different from Canada, where – though the situation is evidently far from rosy – discussions circle around how long drivers must wait at pedestrian crossings in Alberta – not whether they must wait. And where the Ontario Ministry of Transportation urges drivers to “pay special attention to pedestrians as you drive” and “pass them at reasonable speeds” – with threats of heavy fines ($150-$1,000) for flouting those rules.

In Paris, pedestrian deaths represent a terrifying half of all road fatalities, 66 in Greater Paris in 2016. There were 43 deaths in Toronto in 2016, where clearly the surge is serious, and continues to be an issue in 2018. Even so, from where I sit in Paris, attitudes toward pedestrians in Canada seem much better, and awareness, too.

I am bolstered to learn that in France sanctions are tightening – a €135 (approximately $208) fine and a few points off the licence. So far, I have seen no sign of those penalties in action. Just drivers who keep getting away with it.

Very often, as seems to be the case in Canada, the blame is put unfairly on the pedestrians. Maybe this is justified to a tiny extent – for if France is a nation of indifferent drivers, there is a good chance pedestrians and cyclists are too.

But that there is an “Opération choc” wake-up campaign under way targeting wayward pedestrians and not drivers is absurd.

There is promising news. More radars are in place to police the catastrophe, and a 3D pedestrian crossing is being tested in Paris. Maybe this will help drivers gradually wake up to seeing a human crossing the street, and consider stopping. 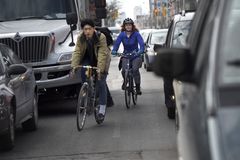 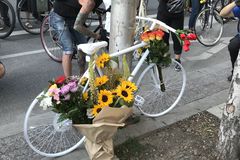 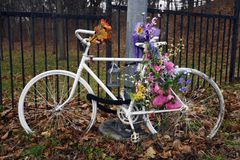