Erna Paris is the author of seven books including Long Shadows: Truth, Lies, and History, and The Sun Climbs Slow: The International Criminal Court and the Struggle for Justice.

“The wrongs which we seek to condemn and punish have been so calculated, so malignant, and so devastating that civilization cannot tolerate their being ignored because it cannot survive their being repeated.” - Robert H. Jackson, opening address at the Nuremberg trials in November 1945

Although the recent attack on the seat of the United States government was not comparable to the events addressed by the Nuremberg Tribunal, which tried genocidal war crimes, Justice Robert Jackson’s prescient words about accountability directly apply. The putsch against the United States Capitol was an act of domestic terrorism – a major criminal offence; and as Mr. Jackson put it, such crimes cannot tolerate being ignored because civilization (or democracy) cannot survive their being repeated.

Impunity for grave acts corrodes societies because the failure to render individual perpetrators accountable abets (often deliberate) forgetting. Impunity encourages perpetrators to rejoice in their putative success and to infer, correctly, that the citizenry is unwilling to stop them. This is perilous in both the short and the long term.

In the short term, Donald Trump has not disavowed his incitement to insurrection in a believable way, thus dangerously emboldening his supporters and hindering reconciliation even though he has left office. An apology, or a recognition of Joe Biden’s win, would have been central to shifting the mind-set of at least some of his supporters and toned-down divisiveness. But the longer term is potentially even more problematic, for without accountability it will be harder to place what must become a necessary marker between a dark past and a better future.

Trials of criminal perpetrators are useful tools for placing such markers. In the 1990s, for example, the ICTY and the ICTR – the ad hoc UN trials for the former Yugoslavia and Rwanda – were successful in doing so, although the sight of former leaders in the prisoner’s box did provoke resistance. But due process and solid evidence were, and remain, crucial. Truth-telling under oath combined with serious consequences can help deter further violence. Donald Trump must be punished in every legal way before authentic national healing can begin.

His impeachment jump-starts that process, even if it is not corroborated in a Senate vote, for partial justice is better than none; and because it is the proper conclusion to his attempts to destroy individuals and institutions. From early admonitions to “lock ‘er up” (Hillary Clinton), to the attempted obliteration of fact (fake news), to the dog-whistle encouragement of white supremacists (“good people on both sides”), to the rejection of a clearly won election, Mr. Trump’s last call to insurrection fit a visible pattern.

So how can America place markers to separate past from present and help insulate the future? In addition to his impeachment, means must be found to prevent Mr. Trump from running for office again. (Although scholars are divided about the viability of this tool, the little-known Section 3 of the 14th Amendment to the American Constitution states that no-one can hold office if they’ve engaged in “insurrection or rebellion” against the United States.) Second, social media titans must block Mr. Trump’s accounts indefinitely. Finally, those Republicans who contributed to the insurrection must be charged and/or disbarred.

It is also possible that the trials of the perpetrators will expose white supremacists in new ways. White supremacy is as American as apple pie. It has devolved in a continuous line from slavery, Reconstruction, Jim Crow, the KKK, the race baiting of George Wallace to the riot in Charlottesville, the burning of a Black church in Mississippi (with the words “Vote Trump” spray-painted on a wall), massive biased incarceration, and clashes with Black Lives Matter, to name just a few. The mass shooting at a Pittsburgh synagogue in October, 2018, similarly exposed the anti-Semitic strain in the movement. Donald Trump had merely to dip into this river of poorly addressed historic racism to activate the thugs among his followers. Evidence-based charges and trials will make it easier for persistent Trump-loyal Republicans to repudiate these groups.

But healing will need to include greater respect: Democrats, for example, must stop belittling Trump supporters as “deplorables” and start working on more equal income distribution, among other remedies to alienation. Unity and reconciliation will test the United States in unprecedented ways, but neither will be possible without accountability for the crimes instigated by Donald Trump.

As Kofi Annan put it at the inauguration of the International Criminal Court in March, 2003, “It is true that justice can only be dispensed when the peaceful order of society is secure, but we have come to understand that the reverse is also true. Without justice there can be no peace.” 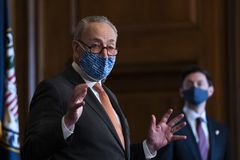 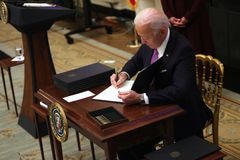 Opinion
Canada can guard against the next Trump by weaving ourselves more tightly into the U.S. fabric
Subscriber content
January 22, 2021 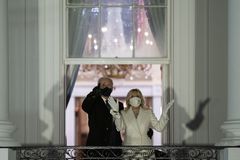