J. Michael Cole is a Taipei-based senior fellow with the Macdonald-Laurier Institute and the Global Taiwan Institute. He is a former analyst with the Canadian Security Intelligence Service.

For years following Hong Kong’s retrocession to China in 1997, analysts saw the former British territory as a canary in the coal mine – a barometer of sorts to determine whether Beijing would abide by its commitment to universal suffrage or, as many feared, gradually subject the territory to restrictions similar to those experienced in China proper. Some hoped that experimentation with a freer system could, over time, encourage Beijing to loosen restrictions in the rest of China, while others argued that a successful “one country, two systems” approach could encourage democratic Taiwan to link its future with China’s.

If there was still any doubt as to the outcome, recent developments in Hong Kong should put that to rest. After years of travails and defiance, the canary has expired.

On Wednesday, more than 50 pro-democratic activists in Hong Kong, as well as an American rights lawyer, were arrested by police on suspicion of breaking the city’s national security law. The targeted activists, many of them high-profile figures in the pro-democracy movement, had held their own primary elections last year to select candidates ahead of a legislative election. Both Hong Kong authorities and Beijing had warned that the move constituted an “act of subversion in violation of the national security law.”

The crackdown – the biggest since the controversial national security law was implemented in June last year – comes on the heels of several months of unrest in the territory, resulting in police brutality, assault by pro-government triads, and the arrest of several dozen of the democracy activists who failed or refused to seek refuge abroad. Media organizations, such as Jimmy Lai’s Next Media, have also been targeted under the new law, with Mr. Lai himself facing years of imprisonment. The offices of public broadcaster RTHK were also raided on Wednesday.

Even before the unrest of 2019, it had already become evident that the “one country, two systems” formula was an act of deception, with Beijing increasing its influence, directly or through co-opted local officials, upon every aspect of Hong Kong society. By the time of the implementation of the new national security law, Beijing left no doubt that the idea of two systems was dead; troubled by a backlash against the erosion of Hong Kong’s freedoms and identity, the Chinese leadership decided that the experiment was over.

Whoever insisted that Beijing respect its promises would now be subject to draconian measures. And if the Hong Kong judiciary wasn’t willing to clamp down hard enough, pro-Beijing elements were happy to suggest that pro-democrats should be spirited to China proper to be tried and (inevitably) convicted.

This alarming turn of events adds to accumulating evidence over the detention of upwards of one million Uyghurs in concentration camp-style facilities in Xinjiang, an intensifying crackdown against Tibetans, disturbances in Mongolia, and an all-out assault on civil society, non-state-sanctioned religion and the press. To that effect, Hong Kong is being brought to heel by a regime that no longer countenances – or no longer pretends to countenance – thoughts that do not align with Chinese Communist Party (CCP) orthodoxy.

All this serves as a wake-up call to anyone who still believes we can treat China as a normal and indispensable partner. Arguably, there are areas, such as global warming, where we should seek collaboration with China. But we should be clear-eyed about who we are dealing with.

Under Xi Jinping, ideology has trumped pragmatism, and the CCP, fuelled by a nefarious admixture of chauvinism and paranoia, is now convinced that its authoritarian model serves not only as a viable alternative to the Western-led liberal democratic order, but is better suited to address the challenges of the 21st century. Since his ascension to power, in late 2012, Mr. Xi has orchestrated a concentration of power (unto himself) such as has not been seen in decades, and without parallel in China since Mao Zedong.

With Hong Kong all but lost, gutted and isolated, the canary is now Taiwan, the successful democracy of 23.5 million people that stands on the very fault line separating the free world and resurgent authoritarianism. The battlefront has moved, and the fate of democracy itself in Asia is at stake. And make no mistake: Having buried “one country, two systems” in Hong Kong, there is absolutely no doubt that should China successfully dig its claws into the Taiwanese real estate it covets by means “peaceful” or otherwise, it will not be hundreds of people who are detained and disappeared, but tens of thousands. 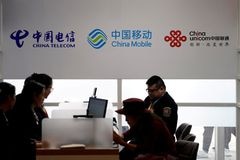 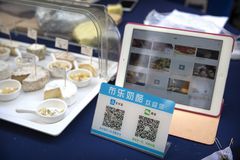 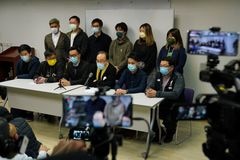