Allan Lanthier is a former chair of the Canadian Tax Foundation.

The divisive debate resulting from the federal government’s intervention in the SNC-Lavalin file has been extraordinary.

Some commentators have suggested that, if there was ever a case for Ottawa to use the newly created tool of a deferred prosecution agreement (DPA), the one involving the Quebec engineering firm is it. Others say that SNC-Lavalin deserves no relief whatever and, in any event, that it does not qualify under Canada’s new DPA legislation.

Bribery of foreign officials raises serious ethical concerns, and undermines global economic development. In 1997, the OECD issued a convention to address foreign bribery, which all of its members and eight additional countries have signed, agreeing to make foreign bribery a criminal offence under their respective domestic laws. Canada is one of those signatories and, in 1999, enacted the Corruption of Foreign Public Officials Act. That is the legislation under which SNC-Lavalin has been criminally charged.

However, the OECD also recognizes that non-trial resolutions – including DPAs and other forms of settlement – have become a prominent way of resolving economic crimes, including foreign bribery. The OECD notes that non-trial resolutions can be a pragmatic and efficient way to resolve cases that would otherwise require significant time and resources to prosecute, and that may be difficult to prove. Settlements may also limit the negative impacts on innocent third parties, and incentivize wrongdoers to introduce corporate governance reforms. Still, there are concerns that DPAs may compromise the enforcement of criminal laws. Access to DPAs should therefore not be unfettered: In Britain, for example, courts have stated that the more serious the offence, the less likely a DPA will be in the interests of justice.

The federal government amended the Criminal Code of Canada last year to provide for DPAs. While some suggest that SNC-Lavalin may have been one of the intended beneficiaries, it appears that its arguments for a DPA leave much to be desired.

The new Canadian law states that, in considering whether it is appropriate to enter into DPA negotiations, the prosecutor must consider eight factors. While none of us are privy to the facts in the hands of the RCMP and now of the Public Prosecution Service of Canada, available information suggests that SNC-Lavalin failed at least five of the conditions: the circumstances in which the offence was brought to the attention of investigative authorities (Swiss authorities reportedly began the probe in May 2011); the nature and gravity of the offence; the degree of involvement of senior officials of the company; whether the company or any of its representatives have been convicted or sanctioned for similar offences in the past; and whether the company or any of its representatives are alleged to have committed any other offences.

On the other hand, the prosecutor may also consider any other factor that she considers relevant: In particular, if SNC-Lavalin’s board of directors and senior management have taken steps to prevent the likelihood of further violations, this should be a mitigating factor.

But what about the 9,000 Canadian jobs that are said to be at risk? Well, that is the darnedest thing: Even though the new legislation states that one of the purposes of a DPA is to reduce negative consequences for innocent individuals – such as employees who were not involved in the wrongdoing – the legislation explicitly prohibits the prosecutor from considering Canada’s “national economic interest” as a factor when deciding whether to offer a DPA in foreign bribery cases. British courts have gone so far as to say that the national economic interest is “irrelevant” in deciding whether to grant a DPA under its own legislative regime. And, on Monday, the OECD issued a press release on the SNC-Lavalin case, cautioning that a country’s national economic interest must not influence foreign bribery prosecutions.

In short, notwithstanding the continuing and incessant mantra that a DPA for SNC-Lavalin might save Canadian jobs, the inconvenient truth is that neither the prosecutor nor the attorney-general can even consider the issue of potential job losses when making its decision.

So, will SNC-Lavalin be offered a DPA? The answer depends in large part on how Attorney-General David Lametti weighs the gravity of its alleged offence and its prior history of other offences and sanctions, against corporate governance reforms that the company is said to have put in place to prevent future violations. During an appearance on CTV’s Question Period on Sunday, Procurement Minister Carla Qualtrough suggested that the severity of the allegations against the company may be part of the rationale as to why a DPA has not yet been granted.

None of this – including the law itself – seems like a good omen for SNC-Lavalin. 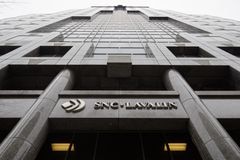 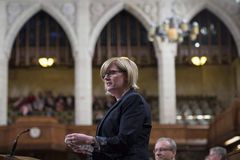 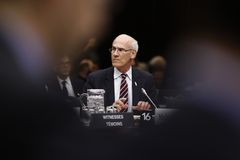