The continuing trade conflict between China and the United States – the world’s largest economies – has stretched for months. In October, the two sides appeared close to an agreement, but then spent weeks more negotiating the topic of tariffs at China’s insistence. The plan was to have the agreement signed by U.S. President Donald Trump and his Chinese counterpart, Xi Jinping, on the sideline of the Asia-Pacific Economic Cooperation meeting in Chile. But, in yet another in a long line of starts and stops, that meeting was cancelled at the last minute due to Chile’s domestic crisis.

So it seems appropriate that when Phase 1 of the U.S.-China trade agreement was announced Friday, it sounded like they were reading from different agreements.

Mr. Trump, with his fondness for superlatives, hailed the first phase as “historic, “a big deal" (in capital letters) and one in which China would make “massive purchases” from the United States.

Chinese officials and scholars, in a more sober tone, described it as a ceasefire that enables the two sides to take “a step forward.”

The U.S. has been quick to wield tariffs as a serious weapon, but Wang Shouwen, China’s vice-minister of commerce, said at the news conference that “the U.S. side will fulfill its commitments of removing tariffs on Chinese products phase by phase, reversing the trend of tariff hikes.”

For its part, China – which wants all tariffs removed – also suspended planned retaliatory tariffs. It also agreed to increase purchases from the United States, particularly of agricultural products, to the tune of US$32-billion over the next two years, according to U.S. Trade Representative Robert Lighthizer. As a result, he said, total agricultural purchases would reach an annual level of US$40-billion, and China would make efforts to raise that to US$50-billion.

However, the Chinese side only said that it would increase purchases “by a notable margin,” citing “market demand.”

Each side appears to have expectations of the other that may not be realized. Additional negotiations are clearly needed to nail down what each party agrees to deliver.

What happens next won’t be easy, either. The Phase 1 agreement won’t be ready for signing until the agreed text passes legal review in both countries – a process that is by no means a formality. And Phase 2 goals will be far trickier, since China would still want the total elimination of all tariffs, while the U.S. will demand concessions on structural changes, such as non-tariff barriers, as well as the resolution of issues involving intellectual property, technology transfer, the state subsidy of Chinese companies and market access.

Despite Mr. Trump’s rhetoric, the deal ultimately does little beyond buying some time and lowering tensions with China. There’s even now talk that the two presidents will just send their chief negotiators, Chinese Vice-Premier Liu He and Mr. Lighthizer, to sign the deal.

This may well be a reflection of the accord’s actual importance. It’s certainly better than no deal. But perhaps Mr. Trump’s excitement is influenced by the deal’s possible big impact on voters next November.

Indeed, as the two sides’ language has suggested, the agreement doesn’t even begin to narrow the gulf between them.

The day before the accord was announced, David Stilwell, U.S. assistant secretary of state, spoke on U.S.-China relations at the Center for Strategic and International Studies in Washington. “For decades, American policy makers have extended the hand of friendship to the PRC – yet Beijing has not reciprocated," he said. "The historical record shows this clearly.”

One of the many examples he cited was China’s eagerness to send students to the United States. Mr. Stilwell recounted that when China’s then-paramount leader Deng Xiaoping met White House science adviser Frank Press before the normalization of relations, he insisted Mr. Press call then-president Jimmy Carter immediately with a request to accept 5,000 students.

Today, there are hundreds of thousands.

But the day after Mr. Stilwell’s talk, China’s Foreign Minister Wang Yi addressed a symposium on foreign policy and called the U.S. “a troublemaker in today’s world.”

Such contrasting sentiments underline the difficulties of what needs to happen next – and why even calling this deal an agreement might be a bit of a stretch. 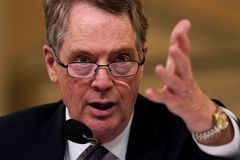 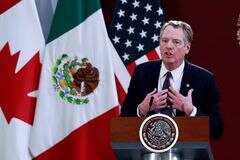