Debra Thompson is an Associate Professor of Political Science and Canada Research Chair in Racial Inequality in Democratic Societies at McGill University.

On Wednesday, hundreds of pro-Trump insurrectionists toppled barricades and swarmed the police, eventually smashing their way into the United States Capitol in Washington. Given the mob’s visceral anger and the standard, visible, supposed-to-be-intimidating police presence during any kind of demonstration on Capitol Hill, it’s a wonder more people weren’t seriously hurt.

The contrast between this unprecedented invasion of the architectural heart of American democracy and the protests against racial injustice and police violence this past summer is stark. Seven months ago police officers brazenly used batons, tear gas, pepper spray and rubber bullets on protesters, journalists and bystanders, often without warning or provocation of any kind. Social science research demonstrates that African American-driven protest events are far more likely than white protest events to draw police presence, and once there the police are more likely to use force and violence. The Black Lives Matter uprisings catalyzed by the police-involved killing of George Floyd were, in fact, overwhelmingly peaceful, and when violence did occur, in many instances it was initiated or escalated by the police.

By comparison, the unprecedented events of this past Wednesday were characterized by police restraint and passivity. Most officers appeared to be in street uniforms, not the head-to-toe riot gear we witnessed last summer. The breach of the Capitol was clearly a failure of security, and on Thursday the chief of the Capitol Police force resigned from his position.

The chaos was not without victims. A woman was shot and killed by Capitol police officers as a group tried to enter the building, and three more people died from medical emergencies. A Capitol police officer died on Thursday from injuries sustained the previous day. Police have made at least 80 arrests so far. Yet, by comparison, during last summer’s racial justice protests, Washington’s Metropolitan Police Department arrested 289 people on June 1 alone – more than five times the number of arrests made during Wednesday’s armed insurrection of the American legislature. In total, an estimated 14,000 people were arrested across 49 cities during the summer uprisings.

What could possibly explain why so few people were arrested while lawmakers bunkered in the Senate Chamber, for their own safety.

The idea of law enforcement has an air of neutrality to it. The police are, in the classic sociological theory sense, the arm of the state that can legitimately, monopolistically, wield force against the citizenry. But the police are as much a political force as any, except the means by which they can realize their politics invariably occurs alongside the threat of violence.

As the enforcers of law, when the police choose to act (or not to act), they uphold a particular vision of the social order. And for the past four years, the police have largely aligned themselves with the explicitly racist messaging and calls to action of President Donald Trump, both on paper and in the streets. Mr. Trump’s alliance with the police has always been a big part of his political branding, and major police unions supported Mr. Trump’s failed bid for re-election. The American flag with “a thin blue line” – a symbol recently ordered to be removed from the uniforms of RCMP officers on duty – was frequently displayed at Mr. Trump’s campaign rallies.

On Wednesday, police inaction was a powerful form of action that not only legitimized the anger of fallaciously aggrieved white people, but also demonstrated to the far right just how far they can go without reproach or consequence. And before we mount our high Canadian horses, let’s not forget that less than three months ago the RCMP stood by while Mi’kmaq fisheries were attacked by a white mob and later burned to the ground.

The contrast between the protection and benevolence given to some and the condemnation and violence wrought upon others provides insight into the operation of the rule of law in these last dying days of the Trump era. This troubling disparity doesn’t mean that the police should have imposed more violence on the Trumpian vigilantes. That’s like saying that the best way to address the obscene racial disparities in our prison system is to simply incarcerate more white people.

The fact is that the police have an incredible amount of discretion in deciding which groups are perceived and treated as threatening to democracy. In cities across North America, these groups are overwhelmingly the poor, the homeless, Black and Indigenous populations, those with mental health issues, and those in crisis. This past week on Capitol Hill, there was an actual, legitimate, visceral threat to democratic rule. And when all was said and done, the most consequential outcome was that Mr. Trump’s Twitter account was suspended.

It is no small wonder then that more people weren’t seriously hurt on Capitol Hill this week, since American democracy was built to serve some, while others cannot sleep, gather, protest, play, drive, intervene or buy Skittles from the corner store without fear of death.

Opinion
The Capitol – a long-time symbol of optimism – has lost its shine
Subscriber content
January 8, 2021 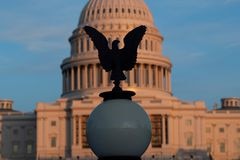 Opinion
Trump must be stopped now or anarchy will prevail
Subscriber content
January 7, 2021 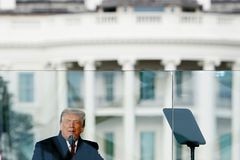 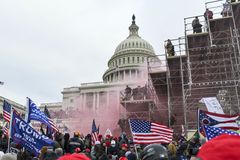