JT Steenkamp is a project manager for low-carbon energy projects at Shell and a Fellow of the Energy Futures Lab.

Erin Romanchuk is director of partnerships with the Energy Futures Lab, a coalition of more than 60 diverse organizations collaborating to create the future energy system.

COVID-19 has wreaked havoc on global energy markets and thrown long-held beliefs about how and why we use energy into question. But it’s also given us the opportunity to form new beliefs – and one that’s gaining traction is the idea that any Canadian rebuilding effort must focus on accelerating the transition toward lower-carbon emission sources of energy.

The International Energy Agency (IEA), for one, has come out strongly in favour of a recovery plan powered by clean energy. “Large-scale investment to boost the development, deployment and integration of clean energy technologies should be a central part of governments’ plans because it will bring the twin benefits of stimulating economies and accelerating clean energy transitions,” IEA director Fatih Birol wrote on the organization’s website in March.

But while the kinds of investments in clean energy being urged by the IEA will help support a range of newer technologies and processes, there’s a much older one whose moment may have finally arrived: carbon capture and storage (CCS), which traps carbon dioxide and transports it to a storage location, usually deep underground.

The technology has already been operating safely in Canada for decades. The Weyburn-Midale Carbon Dioxide Project, which takes CO2 from the Dakota Gasification Company and injects it into depleted oil fields in southern Saskatchewan, has been around since 2000; for a time, it was the largest such project in the world. The Shell-operated Quest facility, which started up in 2015, has already captured and stored more than five million tonnes of CO2, more than any onshore CCS facility in the world with dedicated geological storage.

Unfortunately, while the technology has advanced, the economics can be more challenging. Government funding and Alberta’s decade-old industrial carbon tax has made those economics more attractive, but it hasn’t been enough to trigger any major new investments since Quest and the Alberta Carbon Trunk Line were built. For Canada to meet the 2050 net-zero emissions target it has set, it will need many new carbon capture projects to do a lot of the heavy lifting. The good news is, the technology currently used to capture CO2 can be applied to existing industrial sources and growing sectors such as hydrogen production and mineral mining for clean energy battery storage to lower CO2 emissions. As ARC Energy Research Institute analyst Jackie Forrest told The Globe and Mail recently, “There’s no way you’re going to get to net-zero without injecting CO2 and storing it.”

That’s where a new tax credit could come into play. In 2018, the United States enacted a rule called 45Q, which gives industrial manufacturers who capture carbon from their operations up to US$50 a metric tonne if they store it permanently, and up to US$35 if the CO2 is put to use. If we want to advance CCS technology here, we’ll need to use ’carrots’ such as a 45Q measure adapted for Canada.

The province of Alberta can further encourage carbon capture by building out the northern leg of the Alberta Carbon Trunk Line, which is at present a 240-kilometre pipeline that can transport up to 14.6 million tonnes of the CO2 emitted a year by facilities operating in Alberta’s industrial heartland. By connecting the CO2 generated by fertilizer, chemicals, refined fuels and oil sands production to end-users to the south, it would deliver two wins: reducing the energy intensity of fuels and other goods and creating an opportunity to make value-added products from the CO2 they emit.

There’s a potential third win here, and it might be the biggest of all: By creating a more hospitable environment for carbon capture technology, the governments of Alberta and Canada could also help shift the perception of carbon itself. Rather than simply being seen as a cost both in economic and environmental terms, it could be transformed into a potential asset. That asset could seed an entire new economic ecosystem that could create both new jobs and a new source of shared prosperity.

We have a lot of work ahead of us if we’re going to get there, though. First, more carbon capture facilities are needed to drive down costs for future projects through learning, replication and modularization of equipment. But without the right framework in place, it’s going to be tough for anyone to make that kind of investment decision. And if Canada is serious about achieving its net-zero target in three decades’ time, it’s time for a new priority around CCS and the policies needed to make it happen. 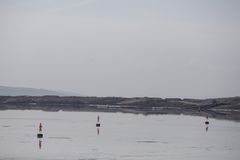 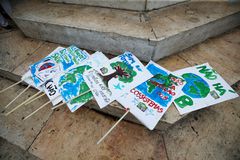 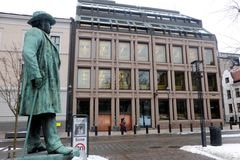