By the end of the month, the federal government is expected to approve or reject an oil sands mine that Vancouver-based Teck Resources wants to build in Alberta. But in the meantime, opposing forces in the pending decision are ramping up pressure on Ottawa to make the right decision – and their voices are growing louder and more adamant by the day.

Alberta Conservative MP Shannon Stubbs offered Prime Minister Justin Trudeau a word of caution on Twitter: “A political rejection of Teck Frontier … will be perceived by most Albertans as a final rejection of Alberta by Canada.” Subtle.

Alberta Premier Jason Kenney earlier called the Teck decision a “litmus test for national unity.” I thought that was the Trans Mountain pipeline expansion project. Oh, well. You can never have enough litmus tests or warnings that the fate of the country is hanging in the balance over a single resource project.

Meanwhile, the Huffington Post reported that Liberal MPs, predominantly from Ontario, are urging the federal cabinet to reject the project. These are politicians who ran on the Liberal Party’s pro-environment, pro-climate-action agenda. How will they face their constituents and explain why the government, after earlier buying a pipeline, now feel the need to approve a project that will further increase the country’s greenhouse gas emissions?

The proposed $20-billion project is fraught with challenges for the Trudeau cabinet. It is forecast to emit 4.1 million tonnes of GHG emissions annually – a not-insignificant amount. The mine sits next to Wood Buffalo National Park, a UNESCO world-heritage site and the largest national park in the country. Hardly ideal.

Politically, it’s entirely a lose-lose proposition for the Liberals. Approve it, and the government gets little to no credit in Alberta; the Liberals will still be loathed, Mr. Trudeau will still be hated. Elsewhere, they will be disdained by supporters who will feel betrayed, and who will see the decision as further evidence of the fraud many suspect the government’s climate plan to be. There are some around the cabinet table, including former environment minister Catherine McKenna, who have felt the sting of that accusation. It’s hard to imagine her being a proponent of this venture.

It’s difficult to imagine the Liberals being in the mood to give Mr. Kenney a big win. The Liberals struck a deal with his predecessor, Rachel Notley, over the Trans Mountain expansion; Ottawa would approve it if her government introduced a suite of measures aimed at reducing emissions in the province. The government did. Then, Mr. Kenney came to power and blew the whole thing up.

But he still got the pipeline.

Now Mr. Kenney wants the government to approve an oil sands project that is going to make it more difficult for the Liberals to build a credible plan to get to net-zero emissions by 2050. If Teck goes ahead, who makes the sacrifice to accommodate the extra carbon dioxide that will be blasting into the atmosphere? People in British Columbia? Ontario? Quebec, perhaps?

If I were Mr. Trudeau, I would put the onus for this decision on Mr. Kenney. I would ask him to reveal how his government plans to fight climate change, instead of just paying lip service to the crisis. “We create great wealth for the country, we’ll leave this climate-change stuff for others with which to deal” is not a good enough answer.

Mr. Kenney needs to take a page out of Ms. Notley’s book and come up with a new “grand bargain” on energy and the environment. And it starts with putting in tough regulations to enforce the 100-megatonne cap on emissions for oils sands development. There is no point in having a cap if there are no laws to compel companies to operate under it.

But Alberta needs to have a plan to begin bending the arc of emissions in the province downward. What if the cap were 90 megatonnes by 2030, 75 by 2050? Yes, it would put enormous pressure on oil companies to innovate and find ways to reduce their emissions. But guess what? They are going to need to do that anyway if they’re to survive.

In the world in which we now live, fossil-fuel companies are increasingly viewed as pariahs. Those who will survive the longest, are those who have the best results – the best story to tell – when it comes to emissions. That’s all they’re talking about in oil and gas boardrooms right now, anyway.

In the short term, Mr. Kenney could help his cause by creating a more robust climate plan for 2030. It’s no longer Alberta’s God-given right to pollute; no one has that right.

I don’t know which way the Liberal government is going to go on Teck Frontier, but if the Alberta government does nothing to help its cause, it will only have itself to blame if Ottawa gives the project the thumbs down. 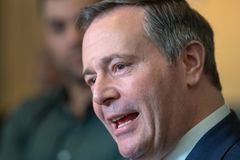 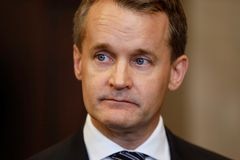 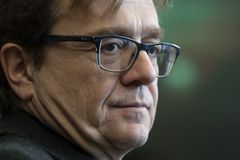