Mark Kingwell is a professor of philosophy at the University of Toronto. His books include Catch and Release: Trout Fishing and the Meaning of Life and, most recently, Wish I Were Here: Boredom and the Interface.

Seventeen years ago, I stumbled onto a new passion. After years of trying, my brother Sean persuaded me to join him and our father on a fishing trip in the high lakes near Kelowna, B.C. I was a reluctant convert to angling – in an article and, later, short book I published about this trip, I repeated a mantra: “fishing is stupid.” Not to be invidious, there was a section called “golfing is also stupid.”

I still feel that way about golf, more or less, though I don’t mind hacking around a course now and then as long as nobody is judging me. No length off the tee, but a decent short game.

Fishing, on the other hand, is now one of the ruling themes of my life. I have come to love and depend on the annual rhythm of the trout season, the equally metronomic beauty of casting a long fly line, and the indescribable thrill – though often described, including by me – of having your tiny surface-borne fly whacked by a big brown or cutthroat teased up from its low-water hideout.

They say that, in sports writing, the smaller the ball, the better the prose. Golf, baseball and cricket have produced the finest leisure literature we know, with the beautiful game, soccer, a close fourth if you include masters such as Eduardo Galeano. But volleyball, basketball and American/Canadian football have yet to find their towering voices. (Just to forestall potential angry responses: I agree that Friday Night Lights is pretty darn good. But it is no Beyond a Boundary or The Boys of Summer, still less The Eternal Summer.)

Literature about fly fishing is voluminous, and centuries long. Izaak Walton’s deathless The Compleat Angler has spawned a library, but Dame Juliana Berners was writing about fishing in the 14th century, well before Walton’s early 17th. Fishing is as old as the Bible in the West, and honoured in the Babylonian saying that the gods do not deduct from our allotted span the days spent fishing.

My own tiny contributions include my aforementioned book, in retrospect the awkward work of a beginner, and then some more recent efforts in magazines including that most elegant of periodicals, Gray’s Sporting Journal, publication in which has brought me more pride than placing an essay in the famously picky Journal of Philosophy. Fishing educates desire, among other things.

Which brings us, by a crooked line, to the present.

Anglers and non-anglers could not help but notice a recent New York Times article that suggested fly fishing was displacing bird watching as the millennial hobby of choice in these screen-dominated days.

I will go on record as admitting I did not know bird watching was even a thing among youngsters, but I guess Jonathan Franzen can take some credit there – although, for my money, the sage of that pursuit is the late Graeme Gibson, a true conservationist. I happened to hear his voice not long ago in a repurposed conversation with Michael Enright as I was driving home from Jackson’s Point, Ont., where I had scattered my mother’s ashes. His wisdom spoke not just to our sadly disappearing birds, but also to the heedless human decision-making that has brought us here.

Anyway, since the Times article appeared, people have asked me what I think about the “new trend” of fly fishing. My responses have broken into four main parts.

First, trend pieces, and indeed trends, are always pretty silly. If younger people are taking up fly fishing, great – I hope they enjoy it, and commit to the conservation efforts that all principled anglers bring to the water. The reason we happily pay licence fees is because we know that the gathered revenue helps preserve ecosystems that give us joy. Likewise the catch-and-release, single-barbless-hook rules that govern some of the best rivers and streams on the continent. This isn’t just difficulty for its own sake, although it is surely very difficult to bring in a large brown on a barbless hook. It is, rather, a gift to everyone, present and future.

Second, though, if you think fishing will cure your screen addiction, or technological immersion, because you have to put down your phone and take up silken line and silver hook (that’s Donne, for those keeping score) – well, think again.

You can’t solve your ills on the water, you can only confront them. As sports coaches like to say, games build character, but they also reveal it. They say a round of golf will tell you more about a person than would be revealed in 10 conversations. A half-day on the water will do the same, with falls and hook-wounds thrown in.

Third, we’ve been here before. Whenever something makes it into The New York Times, it’s a pretty clear sign that it is old news. Or, if that’s too harsh on The Gray Lady, consider the last time fly fishing was big news: It was just after the release of the 1992 film A River Runs Through It, based on Norman Maclean’s 1976 novel of the same name – what some Montana guides still derisively refer to as “The Movie.” The slim book itself is modest and lovely, the film grandiose and bloated.

Of course, Brad Pitt is at his most handsome, and there are memorable themes of fathers and sons and Indigenous racism; but the fishing scenes are duff. In one Montana lodge, I saw a poster of the film, with Mr. Pitt’s character executing the “shadow casting” that made his brother admire him as an artist. Yet the illustrated casts were absurdly contrary to the laws of physics, and shadow casting is just false casting – likely enough to scare a fish off, not bring it closer. My late friend Paul Quarrington, himself a deft angler, used to say that the best fly you can have in your box is the one that stays in the water longest.

Fourth, yes, there is a class system in fly fishing, just as there is in golf and skiing and other pursuits that swap money for experience. So I can tell you that I own 13 fly rods, in different lengths and weights, including a split-cane one given to me by the writer Luc Sante, who got it as a wedding present long ago and never used it. I have six reels and dozens of flies, not to mention five flasks, 11 knives and two pairs of binoculars. I have fished for trout, steelhead, walleye, perch, bass, pike and bonefish in British Columbia, Ontario, Montana, New Hampshire, New York, Pennsylvania, Kent, Hampshire and the Bahamas. New Zealand, Argentina and Scotland are on the wish list.

But I can also tell you that, while my pals now say I cast better than the brother who got me into this state, I still can’t double-haul with any reliability, and I miss hook sets as often anybody else in their mid-50s. I have created leaders and tippet full of “wind knots,” that euphemism we use to describe sloppy casting; and not long ago, with a big cutthroat trout on my fly, I engaged a full-drama goofy slackstick routine that almost cost me the photo op. I have fallen in rivers and lakes more than once, and ended up in the hospital twice. (Dislocated shoulder and bone-deep laceration, if you’re keeping score about that.)

Ars longa vita brevis, the saying goes, derived from some even more euphonious Greek penned by Hippocrates. The craft is long, but life is short. We’re all beginners, even when we hint at expertise.

One reviewer of my original fishing book thought I sounded pretentious, like someone who “fished wearing a beret.” I haven’t worn a beret since leaving the Boy Scouts in 1977 and I can’t imagine any angler favouring one. I wear a battered baseball cap I’ve had since 1999. I don’t think it’s pretentious to think about what you’re doing in any terms that make sense to you. I happen to think fly fishing is beautiful – not a poesis but a techne. And yeah, I prefer single malt whisky to rot-gut in my flask, and I know that all my fishing buddies are excellent cooks who will produce gourmet meals at the end of each day’s stream-stalking. What can I say? I’m blessed. But that blessing takes nothing away from anyone else’s style: This is not a zero-sum game. Be a trout bum if you want, I won’t judge.

So I hope these new millennial anglers, if they really exists outside the lines of The New York Times, will join us in a lifetime of conservation, fellowship and happiness. I imagine some will let dust gather on their rods before they even darken the cork of the handle. That’s okay with me. If there is peace and reflection on the water, everyone wins.

And here’s a small tale from just a few months before the Times story appeared. Some downtown Toronto design-company guys, young people I would have stacked away as trendy urbanites, invited me onto their fly fishing podcast, So Fly. These boys are millennial Canada: smart, racially diverse, funny. They also fish like masters. They don’t need the imprimatur of The New York Times, or me, or anybody else. They just love to fish. Amen. Listen, think, gear up and get wading. That’s all, and that’s everything. 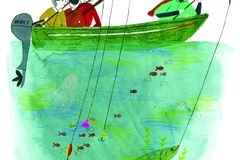 Motherhood and fly fishing: Many issues to face but here’s why I wouldn’t have it any other way
July 6, 2018 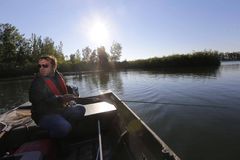