Michael Arntfield is a criminologist and professor at the University of Western Ontario, where he founded its Cold Case Society think tank in 2011. He is also director of the Murder Accountability Project in Washington, D.C., and a former police officer. He is currently on sabbatical as a visiting professor at Murdoch University in Australia while also consulting for a cold-case task force formed by the Western Australia Police Force.

Just over two weeks after the circuitous manhunt for murder suspects Kam McLeod and Bryer Schmegelsky began, it has come to an end, at last, in perhaps the most anti-climactic of fashions. While details remain scant, the RCMP has indicated that the two arrived in Gillam, Man., and never left. Even though citizens as far away as Ontario reported seeing the pair driving through roadworks or buying gas, it is possible they were already dead.

In their final hours, the two torched the vehicle of their last victim for reasons we will never know and, in so doing, actually expedited the identification of said vehicle, while also alerting police to their position. They then prepared, perhaps, to dig in for a final stand that would never be, because – in what is likely to be remembered as the biggest red herring in Canadian crime history – a flimsy, uncorroborated tip brought the Mounties and our threadbare military en masse across the river to the tiny community of York Landing. A full day was lost there to mud, deer flies and fatigue.

Meanwhile, speculation abounded as to not only where the allegedly murderous duo had gone but also as to their motives – if they even had any. As self-styled survivalists began to supplant criminologists and police-search experts, I heard some ludicrous ideas first-hand – that Mr. McLeod’s T-shirt in a photograph suggested the occult, that they had made their way to Mexico, that the military should torch the forest around York Landing, even that the pair was worth rooting for. These baseless stories, unfortunately, are portents of things to come.

There will not be any closure here – no neat ending, no psychologically back-to-normal, no definitive answers. In a world pervaded with disinformation and its adjunct, “true” crime fandom, new lore will likely come to surround this case. That mythos will have little or nothing to do with the truth, and will no doubt defy the data we homicide scholars have rigorously compiled on team killers, serial killers, teen killers and interjurisdictional killers. It will be born of a desire for a neat, packaged ending, for a story that twists, turns and astounds. It will surely give rise to new and irresponsible theories that will miseducate and misdirect. The conspiracy nuts will come out of the woodwork to reap the spoils, and they will be indulged, because podcasts and TV series and films encourage us to always wait for the cliffhanger to resolve and to pursue the thicker plot.

But remember these names: Lucas Fowler, Chynna Deese, Leonard Dyck. These were three innocent victims, senselessly murdered for reasons that now we will never know for certain. There is no solace for the families of Mr. Fowler and Ms. Deese, their bodies since repatriated to Australia and North Carolina, respectively, nor for the family and university colleagues of Mr. Dyck.

And so Canada’s most recent manhunt has come to an end, though I can’t shake the feeling that it’s playing out just like our first. The “Mad Trapper of Rat River," who killed one Mountie and wounded two others, inspired Canada’s first manhunt as a country and our first real-crime media circus. Over a gruelling month during the winter of 1932, the cross-country chase for the man pseudonymously known as Albert Johnson ended in a dramatic firefight with the RCMP on Yukon’s Eagle River. That search inspired folk songs, books and movies musing about his identity and motives, not to mention exhumations and forensic exams – most recently in a 2009 television program. 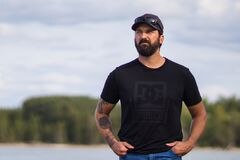 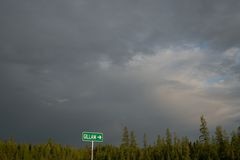 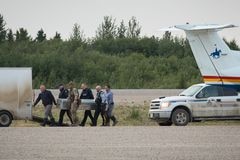