To read the budget – the first in two years – you’d swear at times it was written in April, 2020, rather than April, 2021. Perhaps this was the budget the government intended to deliver then, before it decided not to bother.

At any rate its main prescriptions – notably, $100-billion-plus in new spending, including a new national child-care program that will cost nearly $20-billion per annum, between the federal and provincial governments, if it is ever implemented – invoke a number of assumptions in their support that are at best outdated, and at worst outright falsehoods.

The budget is at pains, for example, to pretend that the recession that began and ended in the first half of 2020 is still, in fact, on, the better to justify all that “stimulative” spending. The most bizarre example of this is on page 28, where there is a chart showing a truly shocking drop in the employment rate (the proportion of the working-age population employed), from 74 per cent just prior to the pandemic to just 63 per cent. You have to squint at a footnote to find “last data point is April, 2020.” The actual current employment rate, for Canadians 15 to 64 years of age: 73 per cent.

Is there money in this new federal budget for you?

At other times the government boasts of having defeated the recession that is supposedly still on – in support of applying more of the same remedy that, if the first claim were true, failed to have any effect. “Our approach has worked,” the Finance Minister asserted in her budget speech. But as is by now fairly common knowledge, much of the emergency spending the government rushed out the door – at least $100-billion – went straight into Canadians’ bank accounts. What isn’t spent isn’t stimulus.

Perhaps the government’s position is that the economy may be growing at a torrid pace now, but that it will not continue to do so, absent repeated doses of stimulus. The minister referred again in her speech, as she has in the past, to “the lesson of 2009” – supposedly, that fiscal stimulus was withdrawn too quickly, leading to years of slow growth. There is simply no evidence to support this. I’m going to keep repeating these numbers until somebody notices: From 2010 through 2013 – the dark ages of Harperian “austerity” – economic growth averaged 2.8 per cent a year, after inflation. In the four years after the Trudeau Liberals came to power – when spending rocketed skyward again – growth averaged less than 2.2 per cent.

The economy did not suddenly tank a year ago because of a catastrophic failure of demand. It did so because all levels of government ordered it to. That may have been necessary given the uncontrolled spread of the pandemic. But the pandemic only spread so uncontrollably thanks to the federal government’s multiple failures to anticipate, prevent and contain it: the shuttering of our overseas early warning system; the reliance in its place on false assurances from China and the World Health Organization; the failure to maintain adequate stockpiles of personal protective equipment; the continuing fiasco at the borders; and, as time went on, the dreadful lag in securing timely supplies of vaccines.

So when the minister insists the recession was “driven by an entirely external event,” that, too, is not quite true. The virus may have originated overseas, but its impact depended on how governments reacted to it. Countries that did a better job of controlling the virus’s spread – Australia, New Zealand, Taiwan, but also Norway, Finland and others – suffered less economically.

If there is a lesson of 2020, finally, it is not what the budget’s centrepiece proposal would pretend it was: that women suffered greater loss of jobs in the recession than men (“this is a she-cession,” the budget declares, firmly); that disproportionate numbers of other women were forced to withdraw from the labour force because of the lack of affordable daycare; and that the only answer is to bring in a $20-billion national daycare program, modelled on Quebec’s.

First, the evidence is clear that women did not suffer disproportionately in the job market. Women’s unemployment shot up in the early months – but so did men’s, just as sharply: female unemployment peaked in May at 13.9 per cent, compared with 13.5 per cent for male. (It has since fallen to 7.3 per cent and 7.6 per cent, respectively.) Women’s participation rate fell abruptly last spring – but again, so did men’s: by 5.7 percentage points, peak to trough, compared with 5.5 points for women. Both trends have since almost entirely reversed themselves, for both sexes.

What about that famous chart, showing how the work force participation rate for Quebec women caught and surpassed that of the rest of Canada after the introduction of universal daycare in 1997? The figures are accurate. But whether the whole of that shift, or even a significant part of it, can be attributed to that one policy change is open to question.

All told, nearly half of all women in Quebec – 45.4 per cent – live in households without children, whether singly or as part of a couple: eight percentage points more than in the rest of Canada. And that gap is growing: It was seven points in the 2011 census; four points in 2006; less than three points in 2001. Maybe the reason more women go to work in Quebec than in the rest of Canada is because they have cheaper daycare to park their kids in. But maybe it’s because they are far less likely to have kids in the first place.

Whether to spend more on stimulus, or on a national daycare plan, are good debates to have. They would be even better debates if we could work off the same set of facts. 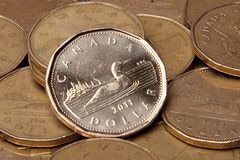 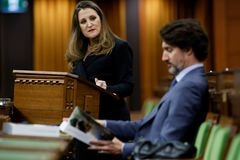