Zheger Hassan has served as an observer for Iraq’s Independent High Electoral Commission. He is an adjunct professor of political science at King’s University College in London, Ont., and co-director of the Middle East and North Africa Research Group at the University of Western Ontario.

Recent events in Syria have thrust the Kurds into the international media spotlight. Yet, most of the analysis perpetuates several misunderstandings about the Kurds and the Turkish assault in northern Syria; these need to be corrected.

First, a misunderstanding persists that the Kurds are one people, with a common identity, language, history and commitment to a common objective. Only one of these is true: The Kurds do have a common identity insofar as they are distinct from Arabs, Turks and Persians. Linguistically, there are at least four Kurdish dialects that are not mutually intelligible.

In conducting interviews with Kurdish officials, I have enlisted the assistance of an interpreter for my meetings with officials of the Sorani dialect because I speak only the Kurmanji dialect. It is true that historically all Kurds have suffered oppressive policies at the hands of the Arabs, Persians and Turks, but it is equally true that each Kurdish region – in Iraq, Iran, Syria and Turkey – has distinct histories and experiences regarding relations with each other and their respective governments. Because of these differences, each Kurdish region has pursued its own political and economic goals. There has never been a common commitment to a united so-called Greater Kurdistan.

Second, there is the assumption that Kurds are united in their struggles against their governments. This couldn’t be more untrue. Kurds are divided within each country. Again taking Iraqi Kurdistan as an example, it is divided politically, socially, culturally and linguistically between Soranis in the Sulaymaniyah region and the Kurmanji (also known as Bahdini) in the Duhok region. (Erbil – the capital of Iraqi Kurdistan – plays host to a mix of Sorani and Kurmanji.) Similarly, the Kurds in Syria are divided between those who follow the ideas of former Kurdistan Workers’ Party (PKK) leader Abdullah Ocalan and groups who follow other political movements, including those who are tied to the Kurdistan Democratic Party of Iraqi Kurdistan. These divisions are severe enough to have contributed to violence and civil wars between Kurds.

Third, just about everyone – from policy makers to journalists to academics – hold the myth that the Kurds are fighting for independence. It is important to note, in no uncertain terms, that the Kurds are not fighting for independence even within their respective countries. Instead, they are demanding a degree of autonomy that would grant them political, economic and social freedoms similar to what Quebec possesses within Canada. Iraqi Kurdistan has been functioning with this sort of autonomy since the early 1990s, and this has greatly reduced the instability, insecurity and violence in that region.

Fourth, there is a misperception regarding the motivations behind the assault by Turkey against the predominantly Kurdish People’s Protection Units (YPG) in northern Syria. It is the presence of the YPG on Turkey’s border that triggered the Turkish assault, but the roots of the conflict date back to the early 1980s when the PKK started its campaign for Kurdish rights and political autonomy in Turkey.

The PKK was founded in 1978 as a response to draconian policies by the Turkish government – policies that included prohibiting the use of the Kurdish language and the outright denial of the existence of Kurds by labelling them “Mountain Turks." For almost a century, successive Turkish governments adopted such policies and brutally repressed Kurdish activists with imprisonment, torture and, in some cases, murder. Turkey has done very little to address these grievances. Indeed, in recent years, it has doubled-down on repression and violence against the Kurds.

From Turkey’s perspective, the PKK – which has a presence and affiliates in Turkey, Iran, Iraq and Syria – poses a threat to its security and stability, and the Turkish military regularly undertakes operations against the PKK and its alleged affiliates such as the YPG. Turkey accuses the YPG of being nothing more than an extension of the PKK, and so an autonomous region in Syria near Turkey’s border must be prevented.

From the Syrian Kurds’ perspective, an autonomous region is the least they deserve after the sacrifices they made in the war against the Islamic State. The Kurds believed that their loyalty to the United States and their commitment to defeating IS would improve their tenuous status in northern Syria. They had effectively built a semi-autonomous region that was responsible for the administration (with democratic elements) of a religiously and ethnically diverse population. The dream of formalizing this autonomous status is over – for now. Their error was that they failed to recognize the unpredictable nature of such alliances – especially one between the U.S. and an expendable actor such as the Kurds. 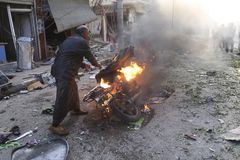 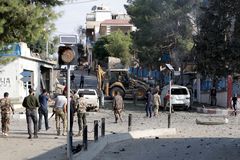 ‘Everybody is leaving’: Syria’s Kurds flee homeland for Iraq amid fears of renewed Turkish assault
October 24, 2019 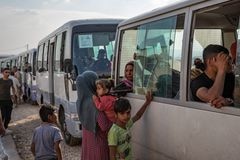