It’s been a rough 11 months for NDP Leader Jagmeet Singh.

Since assuming the top job in his party last October, Mr. Singh has had to exert his authority over 42 NDP MPs in Ottawa from the outside looking in. As strategies go, it’s been a washout. Many people in the country don’t know who he is. A seat in the House of Commons where he’d have the chance to go head-to-head with the Prime Minister would help address that.

Meantime, he’s jumped from one self-inflicted controversy to the next. He’s been criticized for everything, from his badly botched handling of questions around Sikh terrorism to campaigning against the Kinder Morgan pipeline while simultaneously suggesting Canada import oil from countries other than Saudi Arabia as a way of penalizing the Kingdom for recent sanctions. To say his performance has been uneven would be kind.

With a year to go before the next election, and the NDP’s fortunes in decline in key parts of the country (see Quebec, where the NDP recently suffered a humiliating loss in a by-election in Chicoutimi, a riding the party won in 2011), Mr. Singh needs to turn things around – and fast. To that end, he announced he will run in a by-election in Burnaby South, a seat that will be officially vacated next month by NDP MP Kennedy Stewart, who’s running for mayor of Vancouver.

Mr. Singh has passed up previous by-election opportunities. He either feels this one gives him the best chance of getting a seat (likely the reason), or he realizes he needs to do something fairly soon to reverse his fortunes (also likely). But how safe, exactly, is this riding? Also, how quickly will Prime Minister Justin Trudeau set a date for the vote?

While Burnaby has long been considered NDP territory, both federally and provincially, the riding is changing. Mr. Stewart won by just over 500 votes in 2015. Recent polls show the federal NDP down in B.C. from where it was three years ago. And then there is the matter of what people in the province think of Mr. Singh. The fact that he seemingly had to be pushed into denouncing the glorification by some Sikh groups of Talwinder Singh Parmar, widely regarded as the mastermind of the 1985 Air India bombing, did not reflect well on him. He’s also had to explain his previous associations with Sikh militants.

“I don’t think that stuff will be an issue in the by-election,” former Liberal MP and B.C. NDP premier Ujjal Dosanjh told me this week. “It’s more a case of the views people formed about him as a result of the publicity it generated, which was not good at all. He didn’t handle himself gloriously and he will probably live to regret it.”

However, Mr. Singh has crusaded against the Kinder Morgan pipeline, which should help him in a riding considered ground zero in the war against the project. The provincial NDP government is widely viewed as having done a good job since taking power, which could also be of assistance to him. The demographics of the riding also may work in favour of Mr. Singh, the first turban-wearing federal leader. According to the 2016 Census, more than two-thirds of people living in the riding identified as a visible minority, including 8.4 per cent who said they were of South Asian descent. Finally, federal party leaders who have run in by-elections outside of their home base in order to get a seat usually win. So there is that.

So when will the by-election be held? The government has to call it within six months of when Mr. Kennedy terminates his duties as MP, which is scheduled to be Sept. 14, the day he plans to officially file his papers to run for mayor. The honourable thing would be to announce the vote as early as possible. But there may be other considerations.

If the Liberals believe Mr. Singh is ultimately an asset to them (because he’s a weak leader unable to lead the NDP to serious gains) then maybe they want to hold off as long as possible. This keeps the NDP leader out of the House of Commons. But maybe more importantly, should he lose a spring by-election, it would make it nearly impossible for the NDP to dump their leader with a general election just a few months away.

Either way, there is a lot on the line for Mr. Singh. He needs to start demonstrating that he isn’t the mistake many are suggesting he is. 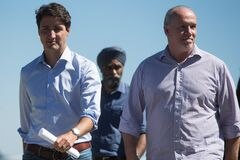 Opinion
A data-driven election can be ethical
August 13, 2018 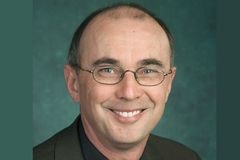 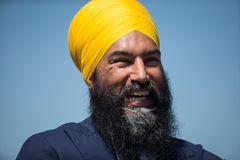