There are many reasons to be grateful for #MeToo. It has brought bad actors in high places to justice. It has revealed the extent of casual sexism in daily life. It has reset standards of conduct for the better.

It has also ruined the lives of men whose worst sin was to be caught up in the moral panic of the moment.

You’ve heard of some of these men. But you probably haven’t heard of Jon Kaiman, who, just a year ago, was an up-and-coming young journalist with the Los Angeles Times. Today his career lies in ruins. He is jobless and living with his parents. He frequently thinks of suicide. “I’m radioactive,” he told the writer Emily Yoffe, who has written a deeply probing story on his ordeal. As she puts it, “Anyone, regardless of innocence, can be targeted and found worthy of destruction.”

Mr. Kaiman lost his career after he was accused by two women – both former friends of his – of two separate assaults, four years apart. One chose to post her story on the publishing platform, Medium. Her accusation does not dispute the facts – they had sex that clearly did not amount to sexual assault. Her problem was that the sex made her feel “gross.” She decided it was all his fault. She wrote that in the wake of #MeToo, she wanted to “add my voice to the broader outcry against sexual misconduct.”

The second accusation seems just as ludicrous. The real problem was not what happened, but how the accuser felt about it. Like the first woman, she portrayed Mr. Kaiman as the sexual violator and herself as the helpless and confused victim who, from moment to moment, was sometimes consenting and sometimes not.

No one bothered to gather his side of the story. His friends and acquaintances cut him off. His newspaper suspended him. News stories about him featured damning quotes from the second woman, who said she wasn’t sure if she was raped, but she didn’t really know. Eventually he was forced to resign.

“We are now in a time,” Ms. Yoffe writes, "when a sexual encounter can be recast in a malevolent light, no matter whether the participants all appeared to consider it consensual at the time and no matter how long ago it took place.” We are also in a time when women are considered automatically credible, and when the default position is that the man is automatically guilty.

I began to realize how much times had changed during the Jian Ghomeshi trial in Toronto – long before the outbreak of #MeToo. There was a huge opinion gap, and it was largely generational. Older women thought his behaviour was reprehensible, but that none of it amounted to a crime. Younger women (and men, too) thought we should lock him up and throw away the key. Older women thought that his accusers had sometimes acted foolishly. Younger women thought that amounted to blaming the victim. They saw only predator and prey.

Mr. Kaiman is just one in a long string of innocents who’ve run afoul of #MeToo. Some are much better known. Consider the case of Roland Fryer, who’s been called one of the leading economists of his generation and who became the youngest African-American to receive tenure at Harvard University when he was 30 years old. Last month, Harvard University suspended him for two years, without pay and another two years on probation over sexual harassment claims.

Mr. Fryer was accused of creating a hostile environment by engaging in “unwelcome sexual conduct” in the workplace. But he was never accused of asking for sex or making a pass at any subordinate, and most of the allegations against him were dismissed by Harvard’s Office of Dispute Resolution. Of those that remained, several involved sexual banter in text messages with a former administrator in his research lab that made her feel uncomfortable. When you read these messages, they seem jokey but innocuous.

But Harvard, like other American universities, has been seized by Title IX evangelism. Title IX, a law that is supposed to protect against sexual harassment on campus, has created grossly inflated sex bureaucracies that give shockingly scant attention to due process.

“The Harvard report seems to be a case of what could be called harassment inflation,” wrote journalist Stuart Taylor, who did a deep dive into the university’s investigation of Mr. Fryer. As Mr. Fryer’s lawyer told him, “[T]his process … shows what the current movement, some blood in the water, and good coaching [of witnesses] can produce.”

There is no shortage of examples such as these. They remind me of the bad old days of McCarthyism, when zealots vigilantly sought out reds under every bed and ruined the lives of countless innocent people. By lumping together genuine assault with trivial misbehaviour, the #MeToo movement does itself no favours. This is not what feminism is supposed to be about.

This is my last column with The Globe and Mail. I’ve spent 33 years with the paper – 20 of them as a columnist – doing work that I love, with colleagues I cherish, for readers who really care.

Robust opinion is vital to a functioning democracy, and is one of the cornerstones of this newspaper. It has been an enormous privilege to contribute to the conversation.

Opinion
Time’s up for insecure men in democracies around the world
July 27, 2019 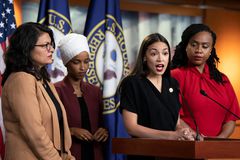 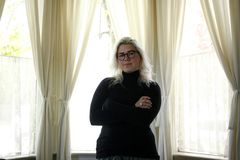 Opinion
In our digital sexual interactions, consent and privacy must remain paramount
May 6, 2019 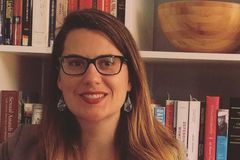