Elliott Cappell is the director for climate change and environmental, social, and governance at WSP Canada, and Toronto’s former chief resilience officer.

A recent study published in the journal Nature drew the public’s attention to an extraterrestrial phenomenon dubbed the “moon wobble.” It sounds scary, but it’s “not new or dangerous,” as NASA reassured: it is a natural part of the lunar cycle, which creates tides here on Earth through the moon’s gravitational pull. The moon’s wobble has been observed since the 1700s and the peak of the next wobble will occur in the 2030s.

What is relatively new and appears quite dangerous is the way the wobble could compound the effects of climate change. In the 2030s, wobble-induced higher tides are forecast to interact with higher sea levels, potentially flooding coastal cities. On this, NASA is less reassuring: its Sea Level Change Science Team says coastal cities could have to cope with floods “every day or two.”

It’s hard to imagine or quantify what such regular flooding in some of the world’s most populated areas could mean, including in terms of lives lost, the global economy, migration, ecosystem loss, or war and famine. Keep in mind, too, that the moon wobble’s impact would occur in addition to different types of climate-induced flooding, such as the riverine “flooding catastrophe of historic proportions” that left at least 157 people dead in Germany and Belgium just last week.

Nature’s study came out only days before another by World Weather Attribution, which showed that a heat dome – an event in which the atmosphere traps hot ocean air – could occur nearly every five to 10 years in a world with 2°C of global warming, as opposed to its natural once-in-a-thousand-years occurrence. This is striking because heat domes are non-linear events: what the Intergovernmental Panel on Climate Change has called “surprises,” or large, rapid and unexpected changes in a climate system. We normally think about climate change as a steady slope – a bit hotter or wetter each day, adding up over time – but such non-linear and tipping-point events in climate science throw all that out.

The world, including people living in wealthy countries such as Canada, needs to be ready for a hotter, wetter and wilder world. And while governments and businesses tout net-zero emissions targets for 2050 – a date so distant it is hard to feel the urgency – resilience is the pressing need today.

To start, Canada needs to adopt a “resilient by design” approach to our cities and infrastructure. This would upend our traditional approach of designing infrastructure to last for 100 years; a resilient approach calls for systems that are designed to change over that time. We need to plan with flexibility to buffer against the shocks from climate change that we know are coming – and the ones we cannot yet predict.

Our financial institutions, in particular, should plan for a range of different potential scenarios. We need to stress test our pensions, our investments and even our mortgages against optimistic and pessimistic climate scenarios. The Task Force on Climate-Related Financial Disclosures (TCFD) has become the global standard for assessing and disclosing the magnitude of climate impacts on a business or investment under different scenarios, and Canada’s federal government has signalled its strong support for TCFD. However, the regulation of most Canadian financial institutions are the purview of the Ontario government, which has yet to take a firm position on the issue.

Local efforts matter too, especially for flooding. The Dutch lead the world in flood protection, deploying an approach of “living with water.” Having acknowledged that flooding will happen, the Dutch have built significant redundancy in their local flood protection measures and have combined traditional or “grey” infrastructure with nature-based solutions, like the restoration of wetlands or the planting of trees.

Here in Canada, Toronto’s Don River naturalization project and Vancouver’s “Rain City Strategy” are good examples that follow in the Dutch approach. Smaller cities, too, such as Okotoks, Alta., have also embedded resilient approaches to climate planning. But these efforts need to be scaled up. Provincial governments, which hold many of the key tools needed to unlock this approach, including building codes and investment regulation, are notably quiet on resilience.

Ultimately, we will also need to transition to a low-carbon economy – but the benefits of mitigating our emissions won’t be realized for at least another 15 years. The next decade is when we’ll be forced to adapt to climate change. And hopefully the moon’s intervention will be enough to wake us up to that fact. 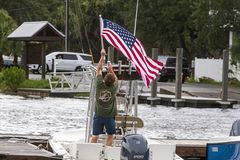 Opinion
Biden’s climate credibility is at stake, and the world should be watching
Subscriber content
July 19, 2021 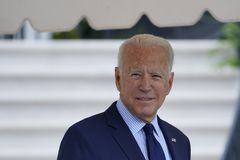 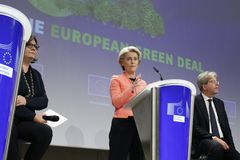