Where are women safe? That seems to be the question of the week, and the answer, which many of us already knew, is nowhere. Not in her place of work, or walking home from a friend’s house.

But the place that is most dangerous for women may surprise you, because it doesn’t get talked about much. It’s in her own home.

That might not be obvious from recent headlines. Sometimes a story, or a series of stories, is so enraging that it galvanizes the public and provides hope that change might just be on the way (though a skeptic might note that these tragedies keep happening, and solutions are not exactly thick on the ground).

The past couple of weeks have brought two stories about the threat to women’s lives to wide attention. In London, the killing of Sarah Everard – snatched off the streets on her way home from a friend’s – sparked grief and fury among women in Britain; a police officer has been charged with her kidnapping and murder. In Atlanta, a 21-year-old man has been arrested in the killing of eight people at massage parlours, with six of them being Asian-American women. Police have so far discounted racism as a motive, even as hate crimes against Asian-Americans have skyrocketed during the pandemic.

These cases have caught the public eye in a way that most violence against women does not. “It’s a horror story, the story we’re all taught to be terrified of,” a friend said as we talked about Ms. Everard’s killing. You could see it as British women began sharing the ways they have been trained, every single day, to guard their safety. Carry keys as a weapon. Check the back seat of the car. Wear flat shoes in case you need to run. Walk under streetlights. Don’t wear headphones or run at night. Always ask your friend to text when she gets home.

That list is exhausting, and it’s hardly exhaustive. Is it any wonder that women are tired, living half as humans and half as prey? Many men expressed shock at the lengths women go to in order to protect themselves, and while I was glad they were learning, the tiny part of my brain that isn’t exhausted thought, What planet have you been living on? The planet of delightfully ignorant bliss? I wouldn’t mind visiting that planet for a vacation.

The spotlight on these horrifying cases was welcome; any attention paid to misogynistic violence is welcome. But I was also worried that we continue to overlook less spectacular and more pervasive threats: ones that can’t be escaped by running away or blowing a rape whistle, because they occur in the home. This is the soul-crushing realm of domestic violence, which is underreported both because women (for a variety of entirely fair reasons) often don’t want to go public, and because it’s a chronic and unexciting story for the media. But it’s a worsening crisis: Rates of domestic violence have shot up during the pandemic.

This week, a report from the Canadian Femicide Observatory for Justice and Accountability revealed that at least 160 girls and women were killed in Canada last year (that number will likely rise as more cases come to light). Almost a quarter of the victims were Indigenous. The vast majority of the girls and women were killed by men known to them. In almost three-quarters of the cases where a male was accused of the murder, the woman had been killed in a private space such as their home or a hotel room. In the past five years, the CFOJA has recorded the femicides of 761 women or girls, mainly by men whom they knew.

And almost all those cases received the barest minimum of publicity. The details of their cases are often not revealed to the public, hampering experts’ abilities to study them and develop preventative measures. The victims’ names become forgotten by the public, if they were ever known.

The attention given to mass killings involving strangers far outweighs the more common and pervasive types of violence, the report’s authors write. “This outrage does not seem to be matched when men kill multiple family members, with the primary target being their female partner. These are often mass killings motivated by misogyny. Nor does this outrage seem to be matched when men kill individual women and girls, as they are so consistently and unwaveringly doing throughout our country.”

Misogyny – an ideology that denigrates and dehumanizes women – is the underlying motivation, whether the femicide takes place on a street, or in a workplace, or in a home. That is the first thing to acknowledge and understand before this type of violence can be understood. It is not “isolated” or “random,” as the police like to say, but rather part of a continuum of belief that is pervasive and in many ways encouraged in our society.

In Britain, the police response to Sarah Everard’s killing – putting more CCTV cameras on the street, and stationing plainclothes cops in pubs and clubs – was laughed off as a joke, and not just because of its unfortunate fox-guarding-the-henhouse aspect. A more promising solution is on its way: British police will begin to record misogyny as a hate crime, with the hope that it might persuade more women to report their assaults.

But laws are only as good as the people who enforce and try them. A much broader societal reckoning is required before anything changes. That means teaching boys and men that women are not their property, whether it’s on the street, in the office, or at home. 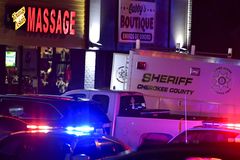 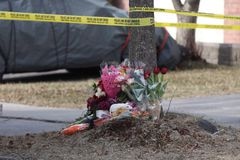 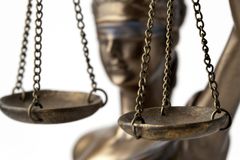