Whatever happened to Kamala Harris? The Democratic senator from California enjoyed an impressive campaign rollout for the party’s nomination, followed by a riveting debate performance in pummelling front-runner Joe Biden. She rocketed in the polls to get within five points of him.

Now, less than two months later, she is en chute libre. In several polls, she’s fallen to single-digit support. She’s down to 4 per cent in the latest CNN voter survey – 24 points behind Mr. Biden who, as Fox News barker Tucker Carlson puts it, is supposed to be “too male, pale and stale.”

Instead, taking command of the race are the party’s septuagenarians: Mr. Biden, 76; Bernie Sanders, 77; and Elizabeth Warren, 70. The senior citizens held the pole positions at the start and for all the campaign’s hue and cry, nothing has changed. None in the swath behind them is climbing.

For fans of generational stasis – House Speaker Nancy Pelosi is 79 – what a party! When it comes to leadership, anyone born post-1950 is out of fashion.

Ms. Harris, 54, looked to be the exception. But while Mr. Biden has made blunders and emerged unscathed, her missteps, hardly grievous, have cost her dearly. Her campaign has lacked focus. She’s put out mixed signals on whether she supports Medicare For All. She’s been confusing on the issue of busing as a means of racial integration. That issue formed the basis of her first-debate attack on Mr. Biden, who opposed busing in the 1970s.

She then put in a mediocre performance in the second debate. On criminal justice, she was attacked by Tulsi Gabbard over her record as attorney-general of California, which undercut Ms. Harris’s progressive claims. The charges stung.

Ms. Harris made a name for herself with her piercing prosecutorial performances in committee hearings. Now she was on the receiving end, and couldn’t adequately counterattack.

“You’ve got to be prepared to take the hits when you’re a front-runner,” Ms. Harris said, “and that’s what happened.” Of polls, she said she hears about them, but pays little heed. “That’s not my North Star …”

She still has time to recover, but her prospects are dim.

Others trailing the golden oldies have been criss-crossing the country, stirring up apathy. Washington Governor Jay Inslee, who built his campaign on climate change, dropped out of the race this week. He was a one-trick pony. The one trick wasn’t enough.

Before him, former Colorado governor John Hickenlooper bit the dust; he will run for the Senate instead. Others are likely to drop out soon. If they hang in, they’ll have their chances further diminished by being excluded from the continuing debates.

The third round of debates, to be held in Houston in September, will feature a much smaller field than for the first two, which each had 20 contestants. To qualify this time, candidates will need to reach 2 per cent in four polls as well as acquire donations from 130,000 unique donors. Only 10 candidates have met this threshold so far.

Among them, Pete Buttigieg, mayor of South Bend, Ind., has stalled after a promising start to his campaign. Senator Cory Booker performed well at the debates but got hardly any bounce. Texan Beto O’Rourke has seen his slim hopes revived, but only slightly, by the big exposure he received in the wake of the mass shooting in El Paso.

Impressive thus far has been the durability of the Biden support. If he can maintain a big lead while performing haltingly, what might he do if he ups his game? Mr. Sanders has seen some of his support cut into, but he still has a strong base. Firebrand Elizabeth Warren has financial and organizational depth.

As there are in almost all primary campaigns, there will no doubt be surprises in this one. Someone from the big trailing pack is likely to emerge to challenge the three leaders.

If not, the left flank of the party is well-positioned to win the nomination. Mr. Sanders and Ms. Warren are allies in ideology. The Democrats choose their candidate through proportional balloting. They also have a stipulation this time that superdelegates are ineligible to vote on the first convention ballot. That means there’s a good chance of a brokered convention.

In such an eventuality, the Warren and Sanders forces may well come together to put whichever of the two is leading over the top. 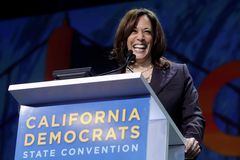 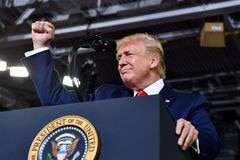