The first major national security test for the new, minority Liberal government will be a decision on the role that the Chinese telecommunications company, Huawei Technologies Co. Ltd., will be allowed to play in future development and innovation in Canada. That decision will be embedded in broader considerations of our policy toward China, but the Huawei situation will be at the tip of the spear.

The choice will be one for the Prime Minister and his cabinet. It will be a political decision, but hopefully one that tries to absorb the advice from the security and intelligence community. Unfortunately, as a recent Globe and Mail story suggests, Canadian intelligence and security agencies are themselves divided on whether to allow Huawei to supply equipment for this country’s next-generation 5G wireless networks. Back to you, politicians.

Stirring the political dynamic is the reality that the Liberals will want to score points against their Conservative opponents, if they can, or at the very least engage in damage control. That means painting the Conservatives as in the pocket of the Trump administration on key national security issues, perhaps with some suggestion that there are xenophobic elements in the Conservatives’ global outlook. More positively, whatever shape the Liberal decision on Huawei takes, it will have to be able to point to national economic and innovation benefits for Canada.

If previous decision-making style is any indication, the PM will rely heavily on inputs from his key ministers with thumbprints on the file – the ministers for Public Safety; Innovation, Science and Economic Development; Global Affairs and Defence. That is a lot of ministers with views, and it underscores the importance of these ministerial appointments. However the musical chairs play out, the government will miss the steady, experienced and thoughtful outlook of veteran MP and minister of public safety Ralph Goodale, who lost his seat in October’s election.

One clue to the direction the new Liberal government will take will be how explicit the mandate letters are for the cabinet ministers’ departments on the Huawei conundrum. This will be a sign of the degree to which the Liberals know their own mind.

The choice that the Liberal government faces is essentially binary. They can ban Huawei and range themselves alongside the U.S. and Australia, absorbing the costs to consumers and the economy as best they can; or they can announce a regime of security standards for all 5G telecommunications providers in Canada, one that Huawei would have to meet and for which there would be rigorous and continuing testing. If the government chooses the security-standards option, it will have to do so in as transparent a manner as possible, to reassure the telcos, the Canadian public and Canada’s allies.

Governments don’t like heavy binary choices, but that is what they face with the Huawei issue.

The irony is that should the government decide in favour of a ban and against a security testing protocol, the implicit rationale will be that security testing of next-generation telecommunications systems is impossible. That rather upends the arguments made by an old guard of former practitioners who would ban Huawei on security grounds. If the government decides that it can’t apply security standards to Huawei it will be difficult to see how it can apply security standards to any other telecommunications provider, now or in the future, including those nice Nordic companies, Nokia and Ericsson.

Michael Byers, professor of international law at the University of British Columbia, recently wrote in The Globe that Canada should seek a way out of the impasse of its relations with China by a dual act of appeasement. Ministerial intervention to free Huawei executive Meng Wanzhou from her judicial extradition proceedings and return her to China in some kind of gift wrap, alongside an announcement of a ban on Huawei to please the Americans. It is a tempting scenario, perhaps. But students of appeasement will agree on one thing. Be sure the benefits of the policy are real, and be sure you know the minds of those you are appeasing.

To date, both calculations appear absent in the appeasement option so we are back to the binary and the hard choice facing the new government. It will also be a hard choice to understand for the Canadian public, who heard nothing about the Huawei issue, or any other national security matter, during the recent election campaign. 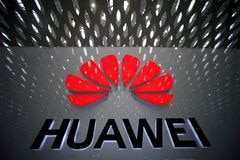 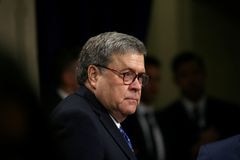