Christopher Parsons is a senior research associate with the Citizen Lab at the Munk School of Global Affairs & Public Policy, University of Toronto.

On Monday, the Canadian government imposed mandatory national security risk assessments on scholarly research. The new rules apply to projects that receive funding from the Natural Sciences and Engineering Research Council (NSERC) and involve foreign researchers or private-sector organizations. The stated intent of the assessments is to prevent intellectual property from being stolen and ensure that Canadian researchers do not share industrial, military or intelligence secrets with foreign governments or organizations to the detriment of Canadian interests. But they will chill research and scholarly training, accentuate anti-immigrant biases and may amplify national security problems.

In brief, these assessments add an analysis of national security issues into the process of funding partnerships by compelling researchers to evaluate whether their work is “sensitive.” Cutting-edge topics that are considered sensitive include artificial intelligence, biotechnology, medical technology, quantum science, robotics, autonomous systems and space technology. Amongst other criteria, researchers must also assess risks posed by partners, including whether they might disclose information to other groups that could negatively affect Canada’s national security, whether they could be subject to influence from foreign governments or militaries, or if they lack clear explanations for how or why they can supplement funding from NSERC.

If a researcher or their team cannot state there are no risks, they must itemize prospective risks, even in cases where they must speculate. Mitigation processes must explain what security protocols will be established, how information might be restricted on a need-to-know basis, or how collaborators will be vetted. Government documents specifically warn researchers to take care when working with members of the university research community, such as contractors, employees or students.

Whenever research is assessed as raising national security concerns, it may be reviewed by NSERC and Canada’s national security agencies, and research programs may need to be modified or partners abandoned before funding will be released.

These assessments will chill Canadian research. Consider Canadian university professors who are working on artificial intelligence research, but who hold Chinese citizenship and thus could potentially be subject to compulsion under China’s national security legislation. Under the assessment criteria, it would seem that such researchers are now to be regarded as inherently riskier than colleagues who pursue similar topics, but who hold Canadian, American or European citizenship. The assessments will almost certainly reify biases against some Canadian researchers on the basis of their nationality, something that has become commonplace in the United States as Chinese researchers have increasingly been the focus of U.S. security investigations.

Students who could potentially be directly or indirectly compelled by their national governments may now be deemed a threat to Canada’s national security and interests. Consequently, international students or those who have families outside of Canada might be kept from fully participating on professors’ research projects out of national security concerns and lose out on important training opportunities. This stigma may encourage international students to obtain their education outside of Canada.

These assessments may create more problems than they solve. Some Canadian researchers with foreign citizenships might apply for foreign funding to avoid national security assessments altogether. But they may also be motivated to conceal this fact for fear of the suspicion that might otherwise accompany the funding, especially based on how their American counterparts have been targeted in FBI-led investigations. Foreign intelligence services look for individuals who have something to hide to exploit such vulnerabilities. In effect, these assessments may amplify the prospect that researchers will be targeted for recruitment by foreign spy agencies and exacerbate fears of foreign espionage and illicit acquisition of intellectual property.

What must be done? If the government insists on applying these assessments, then NSERC must commit to publishing annual reports explaining how regularly research is assessed, the nature of the assessed research, rationales for assessments and the outcomes. Canada’s national security review agencies will also have to review NSERC’s assessments to ensure that the results are based in fact, not suspicion or bias. Researchers can and should complain to the review agencies and the news media if they believe that any assessment is inappropriate.

Ultimately, Canadian university leaders must strongly oppose these assessments as they are currently written. The chill of national security threatens to deepen suspicions towards some of our world-leading researchers and exceptional international students, and those running universities must publicly stand up for their communities. Their universities’ status as being open and inclusive – and being independent, world-leading research bodies – depends on their advocacy. 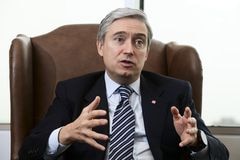