In 1863, just four years before Confederation, the United Province of Canada held a general election. The public, the politicians and the parties were badly divided over a host of intractable issues, but it was hoped that the election might provide some resolution. Unfortunately, it did not.

Three major parties ended up holding all but six of the seats. But no one party had an absolute majority, and thus the occupants of the six remaining seats (four being independents) held the balance of power. They tended to shift their support erratically from one major party to another. The net result was unpredictability, instability and deadlock on major issues.

On the positive side, however, the election thrust to the fore a number of capable members who were slowly coming to believe that there was only one answer to the weakness and divisiveness of their situation: confederation – offering terms and conditions for uniting all the willing British North American colonies under a federal constitution.

Flash forward to the 2019 federal election. The country is becoming increasingly divided and weaker as a result. Separatist sentiment is being revived in Quebec and growing in Alberta and Saskatchewan. Identity politics is accentuating the differences between Canadians along gender, sexual orientation and ethnic lines, rather than building on the characteristics we have in common. Divisive internal trade barriers persist, and it is becoming virtually impossible to build necessary transportation infrastructure across provincial boundaries. Environmentalists accuse the energy sector of destroying the environment, while they in turn are accused of crippling the economy.

Making things worse, the weaknesses and deficiencies of the 1980 Constitution, including the Charter of Rights and Freedoms, are becoming increasingly evident. We profess to be deeply committed to democracy and the development of the economy. Yet the Charter devotes only three anemic clauses to defining democratic rights and has virtually nothing to say about economic rights or responsibilities, while devoting more than 20 clauses to defining linguistic rights of practical relevance to only a few provinces.

The outworking of the constitutional commitment to equalization is patently unfair and perpetuates rather than alleviates economic disparities across the country. Our Senate remains an undemocratic anachronism that cannot be reformed due to the rigidity of the constitutional amending formula. And the federal commerce power is so ineffectually exercised that we have been unable to establish free trade within our own country.

Will the federal Parliament elected on Oct. 21 be able to address any of these deficiencies, which divide and weaken us? Not likely if, like that pre-Confederation Parliament, neither major party achieves a majority and the balance of power is held by ideologically incompatible minor parties whose erratic shifting of support will forestall any real progress on the major issues.

But wait, maybe there is a more positive possibility. Maybe the country and some of those elected to the 43rd Parliament will come to believe that the weakness and divisiveness of the current situation calls for nothing less than re-confederation – the convening of federal-provincial meetings, not unlike those once held in Charlottetown and Quebec City, to hammer out a new set of terms and conditions (not necessarily constitutional) for uniting and strengthening Canada for the remainder of the 21st century.

Re-confederation, then. Perhaps the term is too ambitious – a bridge too far under the current political circumstances. Then let us find a better, more modest objective. But it must be a vision that is positive, inspirational and of broad rather than narrow appeal.

Justin Trudeau has damaged his ability to lead by the foolishness and hypocrisy of the blackface fiasco, the stonewalling of investigations into his relations with SNC-Lavalin and his mishandling of fiscal, energy, environmental and foreign-relations issues. The effects have been divisive. Is it not time, therefore, to give those in the political arena who are consensus builders – assembleurs, not polarizers – more responsibility for our affairs?

As a successful former speaker with a solid reputation for getting at least some co-operation among warring partisans, Andrew Scheer is one such person, and there are no doubt others. Most significantly, Mr. Scheer would have potential allies for any re-confederation initiative among seven of the provinces with conservative provincial administrations. In Alberta and Saskatchewan, grassroots political discontent is already generating an informal list of those “terms and conditions,” which if met would retain their loyalty to Canada rather than encouraging the pursuit of separatism.

That list includes equalization reform, democratizing the Senate and strengthening its regional representation function, establishing domestic free trade, securing unobstructed transportation corridors from sea to sea to sea, spending and taxation constraints on the federal government and balancing rather than further polarizing the energy-environment relationship.

If the other provinces and territories – including the Indigenous communities of each – were to develop similar lists and meet on their own or under federal auspices to negotiate the agreements and trade-offs necessary to arrive at a 21st-century re-confederation deal, might not the country be immeasurably strengthened thereby?

Will the next Parliament be obliged to consider it, and if so, will it have the resolve, the capacity and the leadership to pursue it? The answer depends on how we cast our ballots on Oct. 21 – whether we support polarizers or peacemakers, single-issue zealots or multi-issue problem solvers, narrow-minded partisans or broad-minded nation builders capable of bringing about a 21st-century renewal of the federation. 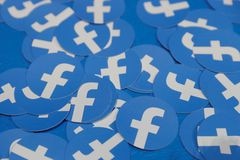 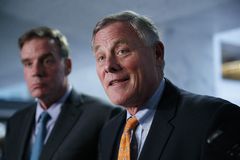