Joe Biden is back, if not from the political dead, at least from that long detour to nowhere that his bid for the Democratic presidential nomination had been on for months.

Michael Bloomberg is out, having bought himself half a billion U.S. dollars worth of humiliation and maybe a Guinness entry for having spent the most money to win the fewest votes.

Bernie Sanders is wounded, which could make him and his followers even more angry and dangerous as the establishment coalesces to deny him the nomination for a second time.

That was one fun Super Tuesday, folks. Within the span of a few hours, the race for the Democratic nomination was turned on its head. As polls closed in each of the 14 states that held primaries, the pundits scrambled for superlatives to capture a moment that is sure to be memorialized years from now in a future episode of CNN’s Race for the White House.

“We’ve seen, in a 72-hour period, Joe Biden going from a joke to a juggernaut,” former Barack Obama acolyte Van Jones said on the cable network as the former vice-president overtook Mr. Sanders in Texas, a state that the Vermont senator had only days ago seemed poised to sweep.

It was a similar story in Massachusetts, where Mr. Biden shot past Mr. Sanders and Senator Elizabeth Warren, who finished a humbling third in her home state. No one remembered Mr. Biden having even campaigned in Massachusetts, much less having dumped the millions of dollars on television and social-media advertising that Mr. Bloomberg had spent there.

Indeed, if there was an encouraging message in the results, it was that money is not everything in U.S. politics, after all. Mr. Bloomberg entered, or rather bulldozed his way into the Democratic race in November haughtily claiming that only he could defeat President Donald Trump – based not on his ideas or likeability, but based on the size of his bank account.

Without any grassroots support, the billionaire former mayor of New York made a mockery of what’s left of U.S. campaign-finance laws, spending hundreds of millions of dollars of his own money to build a data-driven operation with a paid staff of more than 2,000 people. Plenty of establishment Democrats had been willing to jump on the Bloomberg bandwagon as Mr. Biden foundered. Thankfully, on Tuesday, rank-and-file Democrats refused to follow them.

In the end, Mr. Biden didn’t have to do much to become, at 77, the newest “comeback kid” in Democratic presidential politics. It was not as though the former vice-president suddenly upped his game to re-emerge as a contender. It was Ms. Warren who demolished Mr. Bloomberg in his first debate, reminding voters of his history of sexist comments and racial insensitivity.

After an endorsement last week from congressman Jim Clyburn, who is to African-American Democrats in the U.S. South what the pope is to devout Catholics, Mr. Biden pulled off a stunning victory in South Carolina on Saturday. That led Pete Buttigieg and Amy Klobuchar, who had competed for the moderate vote, to pull out of the race and back Mr. Biden.

What the Super Tuesday results seemed to show was that hordes of Democratic voters had been waiting for the party’s moderate wing to get its act together. Until then, a silent majority of Democrats just wasn’t sure about which candidate could stop Mr. Sanders.

And stopping Mr. Sanders may remain the party’s only hope in November. For every idealistic Bernie supporter too young to remember the Cold War or the Castros, there are legions of American voters for whom the self-proclaimed “democratic socialist” is stuck in the 1960s.

The problem is, a large segment of Mr. Sanders’s supporters will not back Mr. Biden under any circumstances, not even in the name of defeating Mr. Trump. The “Bernie Bros” who troll centrist Democrats on Twitter are the left-wing equivalent of the Trump supporters who troll moderate Republicans on social media. For the Bernie Bros, Mr. Sanders is the Mikey of U.S. politics. He hates everything – and that’s what they like about him.

The nightmare scenario for Democrats is that no candidate wins a majority of primary delegates before the July convention and that the 771 ex officio superdelegates – establishment types, for the most part – will hand the nomination to Mr. Biden on the second ballot.

The Bernie Bros won’t take it lying down. 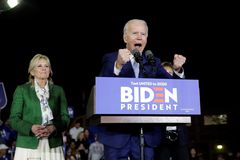 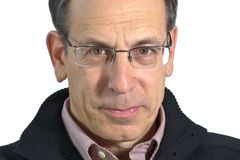 Opinion
From roadkill to redemption: Biden is back and can stop Sanders
March 3, 2020 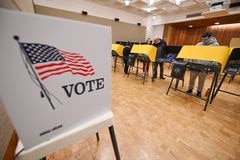