Last year, workers in Canada marked the 100th anniversary of the 1919 Winnipeg General Strike. It was the largest labour uprising in the country’s history and paved the way for reforms that redefined fair and safe working conditions across the country.

Yet, in all the commemorations, a major part of that history was overlooked: the impact of the 1918 Spanish flu on that seminal time.

Casting the net wider on that history provides us with a better view of the role of organized labour in forging new paths out of a crisis like the one we are currently facing. This Labour Day, the lessons of the past can serve as a beacon of hope for the country’s workers and as a blueprint for action.

Much like today’s COVID-19 pandemic, the Spanish flu devastated communities around the world, killing 55,000 people in Canada alone between 1918 and 1920.

Photos from those times show people wearing masks like the ones we don today, and history books describe practices we’ve become all too familiar with: quarantining those who fell ill, shutting down public spaces, promoting personal hygiene.

Yet the parallels run even deeper. As Canadian historian Esyllt W. Jones writes in her book Influenza 1918: Disease, Death, and Struggle in Winnipeg, “influenza was not democratic in its effects, those lower in the social hierarchy suffered greater hardship. Influenza threatened the fragile framework of survival for many working families, but it also created among immigrant and working class communities a heightened awareness of their mutual reliance and their ability to sustain themselves in a time of crisis.”

That mutual reliance, note historians, led to the coming together of workers to demand better working conditions and would eventually lead to the Winnipeg General Strike. Workers in Canada and around the world were rejecting the status quo and calling on employers and governments to address growing divides between the haves and have-nots, made all the worse by a health emergency.

Indeed, worker action influenced changes beyond the workplace. In 1919, for instance, the government created the Department of Health, later to become Health Canada.

It was that same year that the father of Canada’s universal health care system, Tommy Douglas, would witness Bloody Saturday. That day, the North-West Mounted Police fired on workers protesting the arrest of strike leaders. That moment had an indelible impact on Douglas, one that helped change the course of Canadian history.

He, like others, could see how workers, even in the midst of a devastating pandemic, were hungry for change that would lift families out of poverty, safeguard freedoms, improve health and safety and create social programs that would ensure no one would be left to suffer alone. Collective gains back then helped insulate us now from the worst outcomes of COVID-19, unlike the case with our southern neighbours, whose social trajectory has differed from ours.

To confront the remaining inequalities the current pandemic has brought to the fore, organized labour is similarly galvanizing workers today – both those who are unionized and those who are not – to rally for social change that will correct the imbalances that decision-makers have for too long avoided in the name of austerity. Those imbalances have further placed an unequal burden on women and racialized workers.

Canada’s unions are calling on all levels of government to further invest in our communities. Our plan includes ways to replace lost jobs with better ones through a greener economy and with shovel-ready projects, ensuring that long-term care is integrated into our public health care system and devising a national pharmacare program that permits anyone with a prescription to get the medications they need. We also believe it’s time to reinforce our social safety nets to ensure affordable housing, accessible child care and support for the unemployed.

We didn’t need a pandemic to show us that too many workers in Canada are often living paycheque to paycheque and worried about the future of their families; that women and racialized workers often make up the majority of those doing precarious, low-paid – but essential – front-line work.

As students of history, we also know that a pandemic has the potential to spur the kind of change that will move us forward, together. It’s time to seize the opportunity. 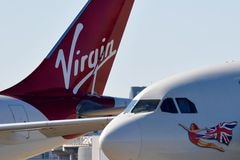 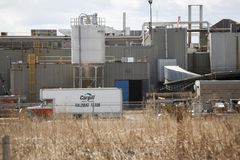 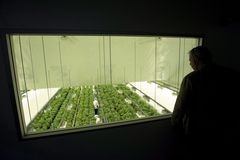