The general public is learning firsthand what scientists have known since they first sought to understand the world around us. Far from cut and dried, science is dynamic and messy and, like a great novel, filled with changes in plot.

As a result of the COVID-19 pandemic, its twists and turns are being played out in real time in the media, day after day. Those of us who run labs have a golden opportunity to share the scientific-discovery process, and its limitations, to those seeking more information.

Of course it’s easy to imagine that seeing science in this light could lead our citizens to a deeper distrust of its value, but the exact opposite should be the case. The very foundations of science are being laid bare, warts and all.

With that said, as we make our way through the current crisis, the apparent slow pace of science and sometimes contradictory messaging is likely infuriating. Confusion and sometimes distrust arises when it seems advice changes on a daily basis.

Should I wear a mask, and if so, when? What value is an (unproven) drug therapy? What is the survivability of the virus on different surfaces? Who is most at risk? All are important scientific questions with significant impact on public health.

Under ordinary circumstances, scientists toiling away in their labs, going down dead ends and into false alleys, operate in relative peace and anonymity. Most of our worries surround funding or getting our work published, rather than answering such urgent questions. Time is not usually our biggest foe.

But these are not ordinary circumstances.

The scientific method follows a well-worn path. An idea is born, a hypothesis follows experimentation and – if we are fortunate – we gain a deeper understanding, but usually after years of work. Experiments can give conflicting data. To be blunt, most of them fail, and replication is necessary to sort out which data to trust. Usually it is invisible failure, behind closed doors. Not any more.

Science traditionally plays the long game, but the clock is ticking.

Just weeks into the crisis, we have faster test kits, vaccines are being fast-tracked and many potential drugs are now in more than 100 carefully controlled, blinded clinical trials. But the lag between testing these potential therapeutics and showing they work is agonizingly long, certainly too long for many who are currently ill.

Speeding up the rate for robust clinical-data collection is particularly vexing. The medical community has the heavy responsibility of establishing if a therapy is efficacious, but also safe.

Perhaps our biggest hurdle is to accept that there are more things we don’t know than we do know when faced with a new threat. In the absence of considerable solid data, how should we proceed? Speculate based on past experience, intuition or what seems sensible? What course of action is best?

Unfortunately, when we circumvent the established scientific process through haste, we get opaque information that benefits no one. Mistakes are made. But let’s be clear. Mistakes are always made in science. Fortunately, they are self-correcting, given time.

Behind the chaos is order and opportunity. That said, nature does not give up secrets easily. Nor do those secrets get revealed according to a schedule set up by a government or the people who elect it.

We have to listen to the best advice available at the moment and hope it stands the test of time. When it does not, we must change our ways. That is happening now. Rather than criticize earlier decisions, it is best to put them in the context of what was known.

A foundational pillar of science is to test if our hypothesis holds up to scrutiny amid emerging data.

If there is a bright side, it’s that we are making progress at a remarkable speed, in spite of the occasional need to backtrack. And backtrack we have, as soon as sufficient contrary solid scientific evidence has been presented.

We can hope the public is forgiving of the mistakes made when science is pushed to give answers on a new time horizon. What we learn will help now and even more in the future. Pulling back the curtain on just how scientific discovery happens can help us see its great value and reveal the challenges to be faced.

Opinion
We should be proud of the WHO’s pandemic response
May 1, 2020 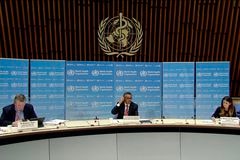 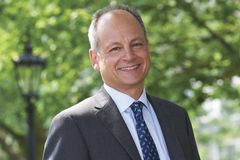 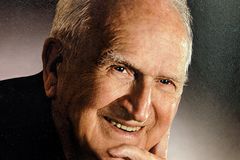