David Shribman, the former executive editor of the Pittsburgh Post-Gazette, won a Pulitzer Prize for coverage of U.S. politics.

For three generations beginning in the last quarter of the 19th century – through a period of industrial disruption and political corruption rivalling that of our own time – millions of Americans lived and died without any serious contemplation of impeaching the president. In a little more than one generation – in a half-century, in our own time – the notion has been broached three times.

The Democrats are girding for another battle over presidential impeachment – a fearful act the 18th-century Founders intended to be used sparingly, a last resort that the writers of the Constitution reserved as a bulwark against tyranny and corruption. It is a grave act that will raise questions of political legitimacy and test the separation of powers, and a momentous undertaking that will beg a remorseless verdict from history.

Apart from decisions of war and peace, nothing these sitting lawmakers will do – no tax bill, no decision on trade matters, no appropriations or authorization legislation, no matter how vital it may seem at the time – will so shape their prospects and destinies. The beginning of impeachment proceedings will prompt decisions and divisions that will define the remainder of their political lives, elevating some of them to the heroic pantheon of American leaders, while degrading some of them and leaving them as history’s villains.

And like the 1974 march toward impeachment of Richard Nixon – he resigned in the face of certain House impeachment and likely Senate conviction – the proceedings involving Mr. Trump will shape a generation’s view of the Constitution, the presidency, the press, and both the principles and principals involved.

But unlike any of the three previous impeachment drives, this one is freighted with formidable class divides and questions particular to our time that go to the heart of democratic rule.

One side will argue that the 45th President has abused the powers of his office. The other will argue that his critics are doing nothing less than attempting to overthrow the presidency of a man fairly and decisively elected by the rules set out in the Constitution.

No more solemn question, no more far-reaching issue, is likely to come before these lawmakers than the ones prompted by the decision by House Speaker Nancy Pelosi to abandon her caution and her early political calculations and embark on a formal impeachment inquiry.

For months, the veteran lawmaker – present during the Clinton proceedings, conscious of what she believes were its lessons – held back, worried that an impeachment drive would undermine her principal priority, the defeat of Mr. Trump in next year’s election. Pressed by younger lawmakers, then by the party’s many presidential candidates and finally by the mastodons of the party itself – and deeply troubled by reports of Mr. Trump’s conversations with Ukraine’s President – she reversed course Tuesday afternoon and thus altered the course of history.

The context of her decision to begin the impeachment process will be played down by Democrats who will deny that the accumulation of their grievances – their repugnance at the President’s comportment, their opposition to his policies, their horror at his defiance of political norms, their disdain for his disregard for international institutions and traditional American alliances – were a factor in their actions.

In the court of public opinion, in the chamber of the House judiciary committee and perhaps on the floor of the House, they will argue that they are motivated primarily by Mr. Trump’s alleged interference with newly installed President Volodymyr Zelensky of Ukraine to undermine the presidential candidacy of former vice-president Joe Biden.

The Republicans will counter by saying that the Democrats have been determined from the start to topple the President, that their motivation is political and not judicial, that their party rivals are undertaking a cruel vendetta and that the advocates of impeachment are the modern-day incarnation of the residents of Salem, Mass., who in 1692 undertook to punish their neighbours for witchcraft.

Because a President impeached by the House of Representatives cannot be removed from office unless he is convicted in a trial in the Senate – an act that requires a two-thirds majority – the likelihood of Mr. Trump being forced from the White House is exceedingly low. Even if all 47 Senate Democrats and the two Independents (one of whom is Senator Bernie Sanders, a top presidential contender) vote to convict Mr. Trump, it is very unlikely 20 Republicans would join them.

Even so, the dangers for both sides are manifest. By moving in this direction, the Democrats may inflame some of the very voters they hoped to attract back to their coalition, which once saw blue-collar workers as the bulwark of their support. Many of these voters may view this undertaking as yet another offensive from a distant elite that devalues their views and seeks to erase their votes.

By resisting impeachment, Republicans may reinforce the notion that in their zeal to protect a rogue President they have abandoned their judgment, their sense of fairness and their stubborn rectitude – three elements that once were central to their identity.

Some of these factors were at play in the Clinton impeachment, which was technically largely about obstruction of justice but grew out of childish, self-indulgent presidential behaviour in the Oval Office. The episode prompted an uncomfortable national discussion about what constituted sex, even as it avoided many of the questions that emerged two decades later in the #MeToo movement.

But the result of the proceedings seemed in a way to trivialize impeachment – and in some respects was the gateway to a pernicious era in American politics.

‘’There was a large political component to it, and it represented the beginning of ‘red states’ and ‘blue states,’’’ said Kenneth Gormley, the president of Duquesne University and the author of The Death of American Virtue: Clinton vs. Starr, widely regarded as the most authoritative account of the Clinton impeachment. “It was when people began to point fingers at each other and consider those who disagreed with them bad people. It was the beginning of something new and odious in American politics. There was a tawdry element of this that caused people to lose respect for the whole process.”

The folklore suggests that the Republicans who prosecuted Mr. Clinton ultimately failed in two ways: in their pursuit of impeachment votes in the Senate, and then again in the 1998 midterm elections, a month after the proceedings began. Indeed, the Republicans lost four House seats, the first time in nearly two-thirds of a century the party out of power in the White House did not gain congressional seats.

Even so, it’s the impeachment proceedings that drove Mr. Nixon from office six years into his presidency that set the expectations for this procedure – and it is the second article of impeachment against Mr. Nixon that may provide the anchor of the moves against Mr. Trump.

In 1974, the House judiciary committee approved that second article by a 28-10 vote accusing Mr. Nixon of abuse of power. Seven Republicans joined the Democrats in support. And one of the junior staff members of the committee at the time wound up becoming Mr. Trump’s current principal bête noire: a woman named Hillary Rodham.

Later, as Hillary Rodham Clinton, she and Mr. Trump would go on to headline one of the most divisive presidential campaigns in U.S. history. But her first public star-turn on the national stage came as the wife of Mr. Clinton, whose trial by impeachment rent the country apart.

This next impeachment could have the same effect. Tensions and passions are high, and Mr. Trump is a far more polarizing figure than was Mr. Clinton, who antagonized his opponents less for his foibles – which many of them shared, particularly his penchant for womanizing – than for the pure political talent he possessed.

So it is unlikely that a Trump impeachment might actually bring the country together – the wounds are too raw, the divisions too gaping. But it might, at the very least, underline the gap between opposing sides of American political discourse – first illuminated in the vote on Obamacare, when not one Republican supported the health-care overhaul of Barack Obama, and again in the vote in the Senate to confirm Brett Kavanaugh to the Supreme Court, where only one Democrat supported the nomination and only one Republican opposed it.

Another strictly partisan vote on Capitol Hill might have the salutary effect of prompting Americans to demand more political co-operation and less political combat. If that were the legacy of the President, it would be the biggest achievement and the biggest surprise, of the entire Trump era. 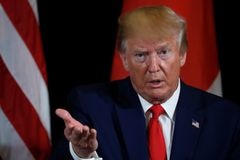 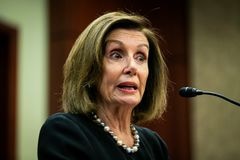 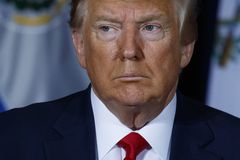