They will clash on Washington’s response to the coronavirus. They will battle over tax rates. They will scuffle over health care, climate change, federal regulation, race, the Supreme Court and the fate of the American middle class. They will trade barbs over whether one is a business-hating socialist and the other a power-loving tyrant.

But don’t expect Tuesday’s debate between the two men running for the U.S. presidency – Republican Donald Trump and Democrat Joe Biden – to make much of a difference to the election outcome. Or any difference at all.

While debates sometimes result in good theatre – the way Mr. Trump menacingly hovered around his Democratic rival Hillary Clinton four years ago, for example – they seldom lead to new insights or major swings in the polls.

In the entire U.S. population of 331 million people, there are probably very few Americans who truly don’t know whom they will vote for this fall; the “undecideds” noted in the polls likely are simply too reticent to share their preference, and some Trump voters are simply too ashamed. (Indeed, the Republicans are counting on a “hidden vote” from those very people.)

And yet the viewership Tuesday night will rival, and maybe exceed, that of Monday Night Football, though there may be more drama in the marquee matchup between quarterbacks Patrick Mahomes of the Kansas City Chiefs and Lamar Jackson of the Baltimore Ravens. Millions of Americans, and many Canadians across the border, will tune into the debate hoping for a decisive moment, particularly if the candidate they revile trips up.

Of the 36 presidential debates over the years, there have been perhaps just three times when a candidate’s performance made a substantial difference to an election’s results. In baseball that’s a batting average of .083 – hardly major-league calibre.

Indeed, even with all those American debates, there still have been few moments as memorable as the NDP’s Jack Layton calling out Liberal Michael Ignatieff in 2011 over his attendance record in the House of Commons, with Mr. Layton saying that if most other Canadians don’t show up for work “they don’t get a promotion.” Or John Turner’s 90-second 1988 exchange with prime minister Brian Mulroney on free trade, when the Liberal leader launched into his “We built a country east and west and north” riff that warned against the northern country being dominated by the southern nation. Or Mr. Turner’s “I had no option” riposte in 1984 after Mr. Mulroney questioned his approval of partisan appointments to the Senate.

The most recent moment of American debate drama – and it was not exactly high drama – occurred a full four decades ago in Cleveland, when president Jimmy Carter sought to portray former governor Ronald Reagan as something of an unhinged warmonger. Mr. Carter quoted his 13-year-old daughter, Amy, saying the principal issue in the election was “nuclear weaponry and the control of nuclear arms.” Mr. Reagan responded unforgettably: “There you go again,” a riposte that established the challenger as reliable and the incumbent as desperate.

Four years earlier, in 1976, Mr. Carter’s rival, president Gerald Ford, asserted that “there is no Soviet domination of Eastern Europe,'' which was news to the Poles, Hungarians, Czechs and others – and to their American cousins preparing to vote. This was a gaffe for the ages, even if Mr. Ford meant that the people then known in American circles as citizens of the “captive nations” were independent, resilient and tough enough not to be crushed by their Communist overseers. No amount of explaining was sufficient to convince some Americans that Mr. Ford, who held a law degree from Yale, was not a hopeless dunce.

And then there was that first 1960 debate, pitting two men – both able, both intelligent, both appealing Navy veterans of the Second World War – in political combat at the beginning of television’s domination of American politics. In a Chicago television studio, two men who had known and admired each other since 1947 held a debate that pre-empted the usual Monday night television fare, including The Andy Griffith Show.

Mr. Nixon, fatigued from a day of campaigning, refused makeup because he was afraid to be criticized for being too concerned about his appearance. The man who, in a successful White House campaign eight years later, was often described as “tanned, rested and ready” was defeated in the debate, and in the 1960 campaign, by a man who actually was tanned, rested and ready.

All of this is not to say that there haven’t been decisive and significant debates in American history. The greatest were between Abraham Lincoln and Stephen A. Douglas, touching primarily on the morality, sustainability and destiny of slavery. Though the two clashed for the presidency in 1860, the seven Lincoln-Douglas debates were for a Senate seat from Illinois two years earlier. These landmark debates were 162 years ago. We haven’t seen their like again. 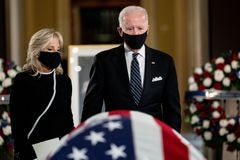 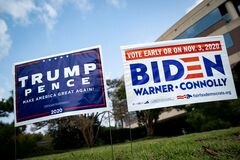 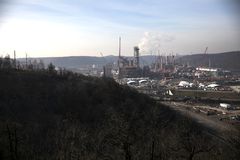