For a political leader to get down on his hands and knees and beg for forgiveness, there is usually an existential threat to his power. Clearly, Prime Minister Justin Trudeau does not feel he’s reached that point.

One might have thought that, given the past few weeks, Mr. Trudeau would have been contemplating just such an open-hearted appeal for mercy and understanding. After all, two ministers had left his cabinet amid a scandal that had many wondering whether justice and the rule of law were something that could be bartered for partisan political advantage.

But there was no apology.

With the SNC-Lavalin affair consuming virtually all of the political oxygen in the country, Mr. Trudeau decided to clear the air Thursday and offer his most extensive comments yet on the matter. There was certainly some contrition – he wished things could have been handled differently, it’s an unfortunate situation from which he hopes to gain knowledge and perspective – but there was a disturbing lack of personal accountability.

The whole matter seems to have been an unfortunate misunderstanding, if you believe the Prime Minister. He stuck to a now familiar talking point: If former attorney-general Jody Wilson-Raybould felt the overtures she was receiving to consider granting SNC-Lavalin a deferred prosecution agreement (DPA) constituted “inappropriate pressure,” she should have come to see him.

But wait a minute. This was one of the biggest files on his agenda. There was broad concern inside his office that SNC-Lavalin needed some kind of deal because of the supposed threat to Canadian jobs. He had to have been aware that entreaties by government officials were meeting with resistance, that things were not going according to plan. Why, then, didn’t he summon Ms. Wilson-Raybould himself to see what was going on?

A face-to-face. Have it out.

But no, instead he wants us to believe he was oblivious to any angst on her part until the cabinet shuffle in January. And not until then did he grasp the full extent of her enmity toward him and his coterie of advisers.

He also expects us to believe that the root of the problem was an “erosion of trust” between Ms. Wilson-Raybould and his former principal secretary Gerald Butts. This, too, apparently came as a surprise. Yet Mr. Butts is someone he talked to multiple times a day. SNC-Lavalin was top of mind. But apparently never did the two discuss the intransigence of the then-attorney-general to consider granting the engineering company a DPA, or at least getting a second legal opinion on the matter.

And, of course, her transfer out of the Justice Ministry had nothing – absolutely nothing – to do with this whole thing. Mr. Trudeau kept going back to the one issue he thinks Canadians will mostly consider when evaluating the extent to which this debacle should matter come election time: jobs.

He said he felt that a DPA for SNC-Lavalin was a thoroughly legal and legitimate avenue to explore because of the 9,000 positions he maintains were at risk. (He appears to have taken the company’s word on this.) And he apparently will never apologize for sticking up for Canadian workers – even if it comes at the cost of a cabinet minister or two. (My words, not his.)

Mr. Trudeau may not be wrong in his calculation.

Beyond those who voraciously consume political news, there are many Canadians who have not been devouring the blow-by-blow. And when they hear the Prime Minister defend his actions by saying he was sticking up for Canadian jobs, that will resonate. They are not going to spend a lot of their time examining the entrails of this saga in the hopes of determining who was right.

As for Liberal supporters who may be upset by what they witnessed over the last couple of months, the Prime Minister is making another gamble – that they will not be angry enough to allow Andrew Scheer and the Conservatives to take over in the fall.

While believing we have reached some kind of fundamental turning point is tempting, that would be naive. The Conservatives aren’t going to let this go willingly. The Ethics Commissioner is still investigating. We may yet hear more from Ms. Wilson-Raybould.

But we at least now know what the Prime Minister believes: that it was all just an unfortunate misunderstanding. The question is whether Canadians will accept his explanation.

Trudeau speaks on SNC-Lavalin: A guide to what he said Thursday 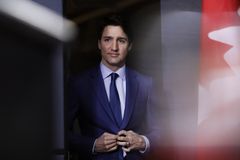 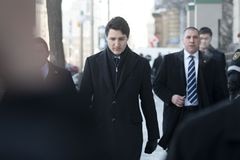 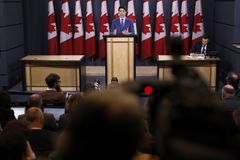