When special counsel Robert Mueller is confronted by Congressional interrogators Wednesday, one critical question will loom over all others. Of his probe of Russian ties to Donald Trump’s election campaign, Mr. Mueller has stated that “if we had confidence the President did not commit a crime, we would have said that.”

He could not bring an indictment of obstruction of justice against the President, he stated, because Department of Justice guidelines disallowed it.

An explosive question is left hanging, one that is sure to come from Democrats. “Would you, Mr. Mueller, have charged the President if no such guideline existed? If, say, he were a private citizen?”

If he answers in the affirmative, all proverbial hell will break loose. Democrats who have been reluctant to launch impeachment proceedings will enthusiastically do so. Russiagate will top the news agenda again. The Trump administration, facing re-election in 15 months, will be plunged into crisis.

But if Mr. Mueller prevaricates, if he declines to answer, Mr. Trump is likely off the hook.

The pivotal call on whether to throw the President to the wolves rests entirely with the former FBI director. If he holds to a commitment he’s made on his Congressional testimony, there will be no definitive answer. “Any testimony from this office would not go beyond our report,” Mr. Mueller said in May. “We chose those words carefully and the work speaks for itself. And the report is my testimony.”

Robert Mueller is testifying today. Watch live here and get caught up on the story so far

He is reputed to be a man of his word. But he will face questions from two Congressional committees for a scheduled five hours. Can he spend all that time simply repeating what is already in his report?

The Justice Department piled on the pressure on Monday, instructing him not to go beyond what is stated in his 448-page document. It suggested he would be in violation of matters of privilege to do so. Jay Sekulow, one of Mr. Trump’s personal attorneys, said, “I think that would be completely unethical to go beyond the report.”

Mr. Mueller has put himself in a bind. He’s already been accused of trying to play to both sides with his report, which cleared the President of collusion but not on obstruction. If he dodges all the questions, he will again look spineless. He is a man on a fence.

But if he fleshes out his report with new information or a new coloration of its content, he will be breaking his vow not to do so. He will also have to explain to Republicans why this information wasn’t in the report.

But to be considered as well is the possibility that Mr. Mueller has a score to settle. After Attorney-General William Barr issued a short summary of his report, Mr. Mueller complained that it “did not fully capture the context, nature and substance” of the document.

Democrats are sure to ask, “How so?” How will Mr. Mueller sidestep that one?

Even if Mr. Mueller is ultra-cautious in his testimony, the media are likely to find something ignitable. A change of vocabulary on co-operation with the Russians or obstruction will be turned into war headlines.

If Americans are tired of this unending saga, they’d best get ready for more. So as to be co-ordinated in their cross-examination, Democrat committee members have been rehearsing their questions, going so far as to have someone playing the part of Mr. Mueller.

The Democrats lost the first round in the Mueller report spin war when Mr. Barr set the narrative with his forgivingly worded five-page summary. The Democrats see an opportunity to change that story Wednesday.

They have what Tennessee Democrat Steve Cohen calls “a smorgasbord of obstruction” evidence in the Mueller report to try to build on.

The report cited several instances of possible obstruction, such as pressure being put on James Comey, the former director of the Federal Bureau of Investigation, to end the probe of former national-security adviser Michael Flynn; the firing of Mr. Comey; a Trump call to former White House counsel Don McGahn, directing him to have Mr. Mueller removed; and efforts by Mr. Trump to have onetime attorney-general Jeff Sessions limit the scope of the Mueller investigation.

The Democrats have a torrent of tough questions to put to Mr. Mueller. He won’t be able to dodge them all, even if – and there is some doubt here – he wants to.

Explainer
The Mueller hearings: a guide to what you missed at the testimony and how we got here
July 25, 2019 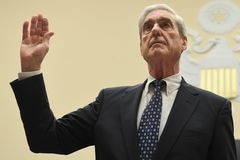 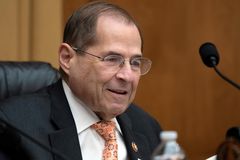