This week, I read a book about the crisis of political correctness on the university campus. Professors, it argues, are overwhelmingly left-wing and teach mainly books that promote collectivist ideas; courses are openly hostile to religious values; students are censorious and hold extreme views; the university enforces a relativism in which any minority view, however damaging to society, must be accepted.

The book is God and Man at Yale, the 1951 bestseller by William F. Buckley, Jr., who had just graduated from this conservative private university and argued that campus conservatives such as him were an oppressed minority who deserved protection. It was, above all, a book designed to propel the young Mr. Buckley into the upper ranks of right-wing politics and media, which it accomplished.

Every couple of decades since, we have experienced a campus panic, and those doing the panicking always seem to have a specific political trajectory. In the late eighties and early nineties, when I was dawdling my way through university like a figure from Richard Linklater’s Slacker, there was a crisis of political correctness on campus strikingly similar to those in the early fifties and late sixties.

There were huge bestsellers with titles such as Tenured Radicals and Illiberal Education, denouncing the censorious, identity-politics-obsessed students, the campus policies that demanded doctrinaire language and the culturally Marxist faculty consensus. The authors of those books, polemicist Roger Kimball and convicted felon Dinesh D’Souza, went on to become outspoken backers of Donald Trump.

And today, we have another campus panic. The anecdotes fill our social-media feeds: Students demanding “safe spaces” and “trigger warnings” and shutting down visiting lectures; curriculum that insists everything is a social construct and accuses bystanders of “white privilege”; universities that punish professors for using the wrong pronouns. It is easy to get the sense, from these anecdotes, that kids are being indoctrinated.

A large proportion of this latest panic is the result of one man, University of Toronto professor Jordan Peterson, whose pop-psychology book 12 Rules for Life became a bestseller entirely as a result of much-publicized confrontations between Dr. Peterson and his supporters and various crowds of overzealous students and ham-fisted university officials. In keeping with the decades-old pattern, Dr. Peterson recently contemplated a political campaign, from the party’s right, for leader of the Ontario Progressive Conservatives.

There undeniably are some people on any campus – students and faculty and administrators – who are doctrinaire, intolerant, extreme, silly and threatening to intelligent debate. They tend to be highly visible. There are two key questions: Are such people and ideas more prevalent than before? And do they represent more than a fringe presence on any campus?

Luckily, these being institutions of scholarship, there is a huge volume of research on precisely these questions, from multiple perspectives.

Sociologist Neil Gross, until recently at the University of British Columbia, has published multiple large-scale studies that found faculty are becoming less politically radical as years go by. While professors are more likely to be liberal than conservative (as is the general public in Canada and the United States), by far the largest group are those who call themselves “moderate.” Canadian and U.S. studies show that conservatives on campus are thriving.

As for the students, Kyle Dodson at the University of California concluded, on the basis of large-scale studies, that far from being indoctrinated, the longer people spend in university, the more politically moderate they become. A 2018 study found that university makes people more tolerant of conservative views.

In the words of Jeffrey A. Sachs, an Acadia University politics scholar who surveyed this scholarship, “on issue after issue, young people aged 18 to 34 are the most tolerant of potentially offensive speech [of any age group], and trending upward.”

Same goes for campus policies. The Foundation for Individual Rights in Education found last year that the number of universities with speech codes that restrict faculty expression (such as by regulating pronoun use) is shrinking fast, while those with codes that protect unpopular and offensive expression are growing in number.

To mistake a colourful anecdote for a measurable trend is a basic scholarly error. Since the faculty, the students and the universities themselves are measurably less radical, more tolerant, more open and more politically moderate than ever before, the real campus crisis is to be found in the shoddy scholarship, and the bald political agendas, of those who tell us a crisis exists. 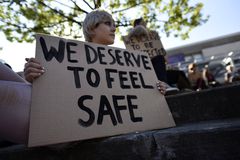 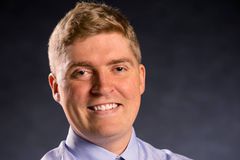